LAW & Order: SVU star Mariska Hargitay is used to chasing bad guys on TV – but she also has three young children to run around after too.

The 57-year-old has two sons and a daughter. Here's the lowdown on the Law & Order littles. 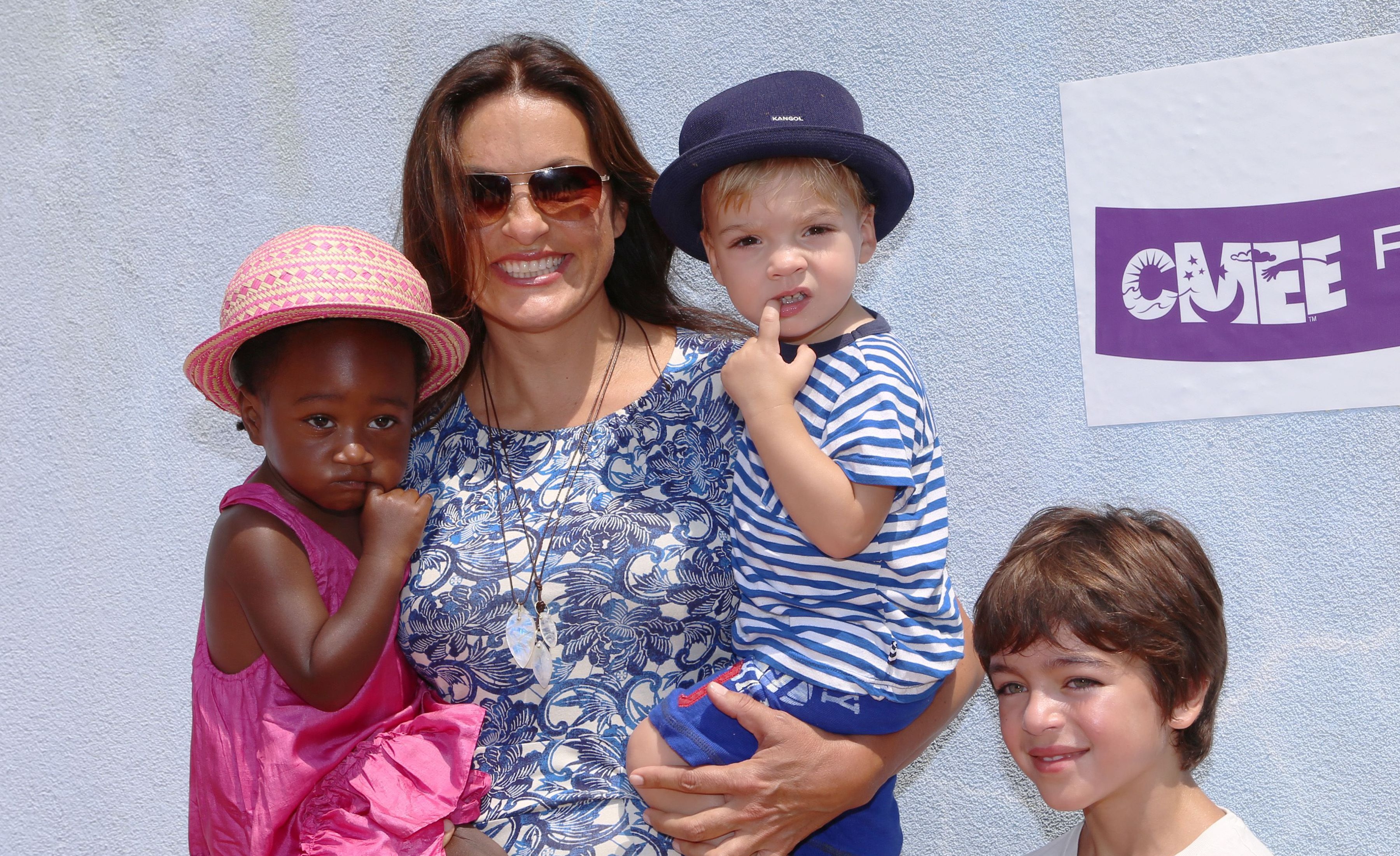 Who are Mariska Hargitay's children?

Mariska married her SVU co-star Peter Hermann, who played Defense Attorney Trevor Langan on the show, back in 2004.

Two years after they tied the knot, Mariska and Peter welcomed their first child on June 28, 2006.

"Nobody wanted to be pregnant more than me. From the minute I found out, I was wearing full-on maternity pants," she said. ""My stomach was totally flat, mind you, but I was just so excited," she told People.

But the birth of August Miklos Friedrich Hermann wasn't without its issues -Mariska was diagnosed with gestational diabetes in her third trimester, forcing her to adapt her diet.

The first time you're pregnant, you're like, I gotta eat more! I have to make sure he has enough of every single food group! I did get into eating too much," she explained. "This pregnancy was really hard for me at the end. I wasn't mobile." 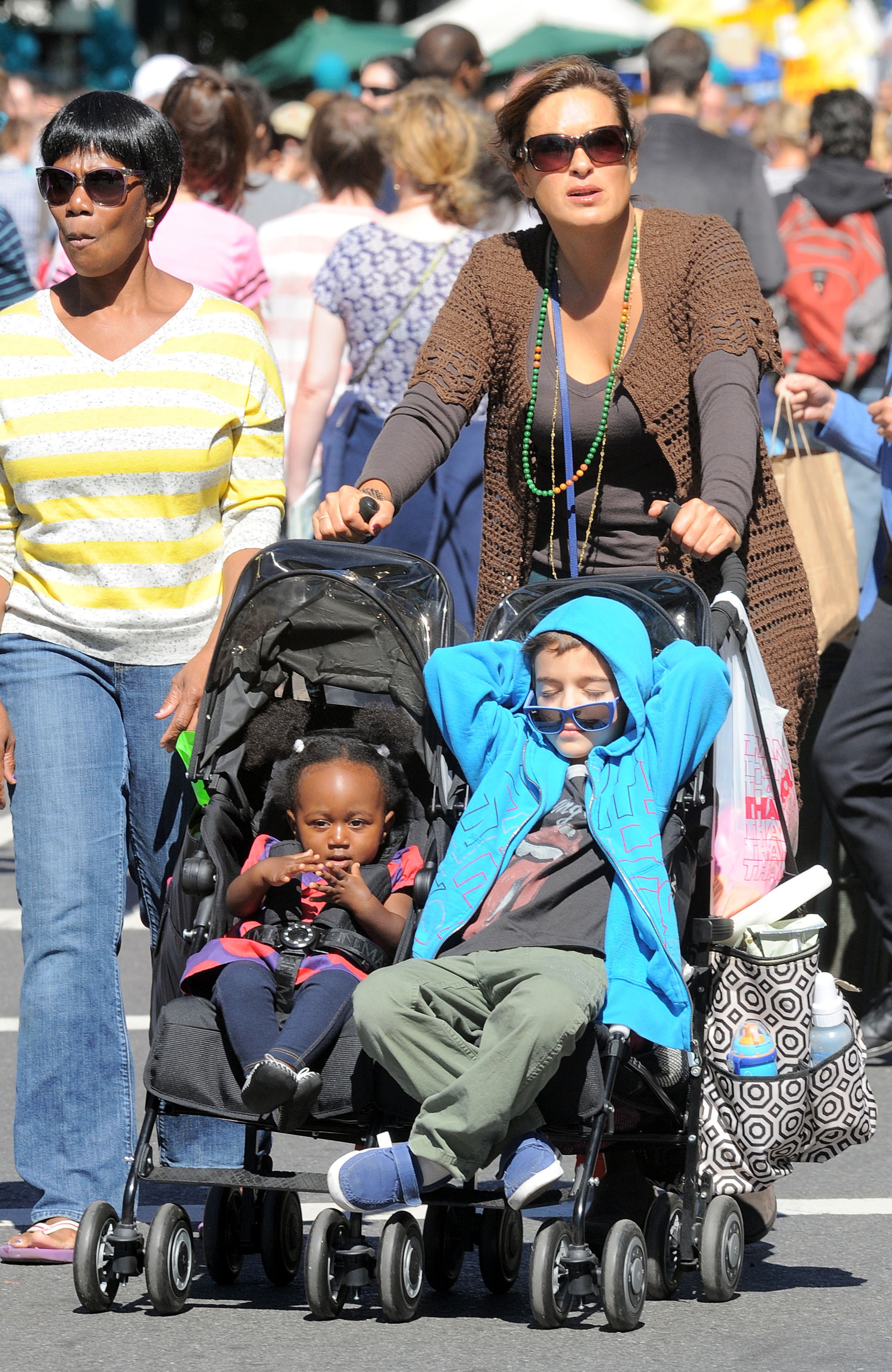 She delivered August via emergency C-section at age 42.

Mariska admitted she found it difficult balancing her busy filming schedule with her home life.

"I get jealous that other people get to take August to school and pick him up. It’s hard for me to go to his school and not know all the parents. They all know one another and it’s a community. I can’t always be a part of that. You can’t have everything, though," she told Momtastic in a previous interview.

After August arrived, the Hermann family were keen to expand their clan, but at age 49, Mariska was apprehensive about having more kids.

"August wanted siblings, and Peter and I both envisioned this big family because we both come from that. Plus, we just had so much love to give," Mariska said.

They started the adoption process in 2010 and adopted a little girl named Amaya Josephine from Africa on April 7, 2011. 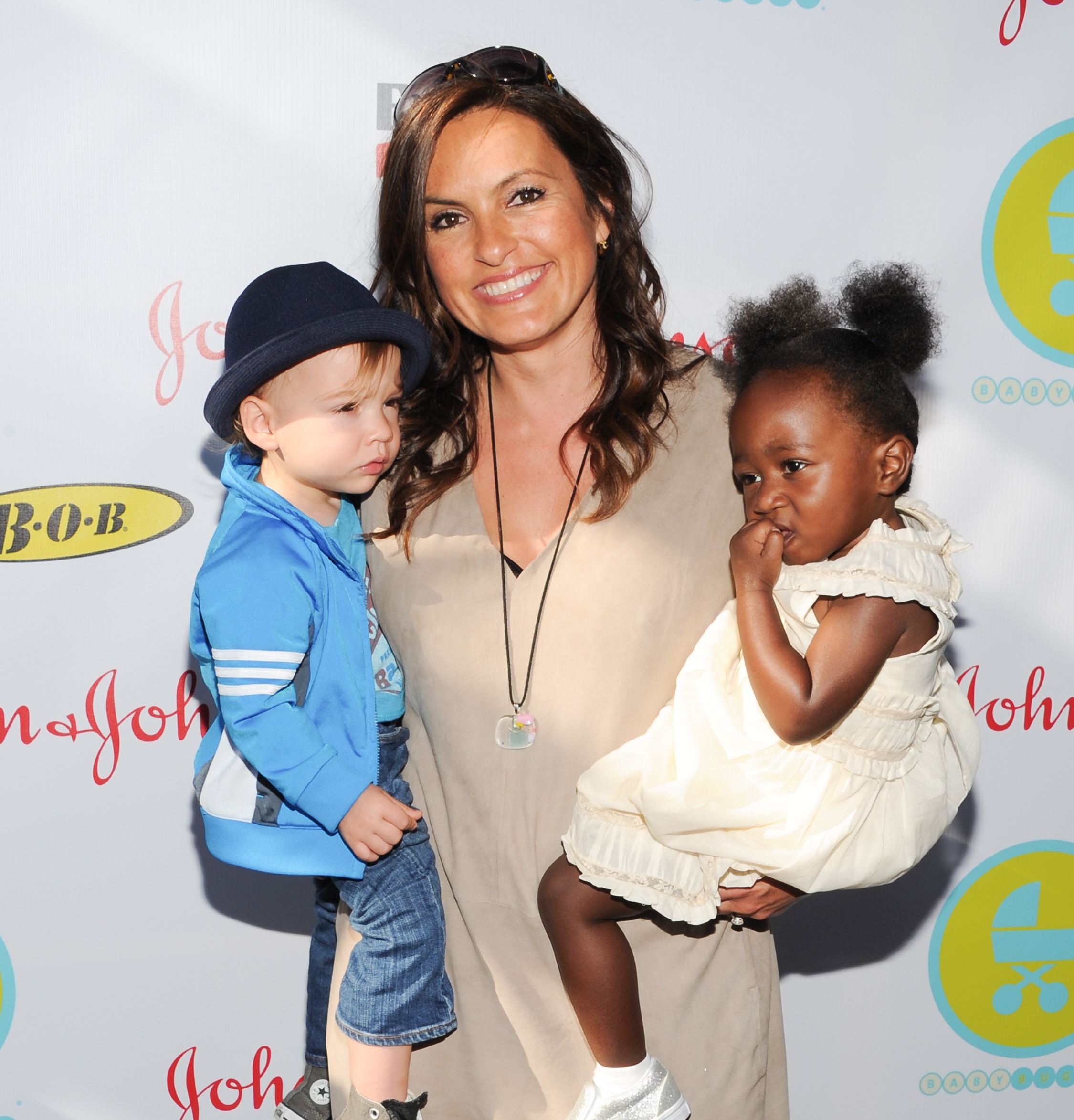 Mariska heartwarmingly revealed Amaya's birth mother told her: "I know this is right. You are this baby’s mother."

"Having lost my mom at a young age, I then grew up with my stepmom, and I have half-siblings, and so I know that families can be built in all sorts of different ways, that there isn't just one way to create a family and that it isn't just about biology," she continued.

Shortly after bringing home their daughter Amaya, they adopted a little boy named Andrew, who Mariska describes as "this angel that fell out of the sky."

"We adopted Amaya, and Andrew, I always describe [him] as this angel that fell out of the sky, because he was a little unexpected," the actress gushed.

Born two months premature, their adoption lawyer called them to let them know baby Andrew was in need of a home. 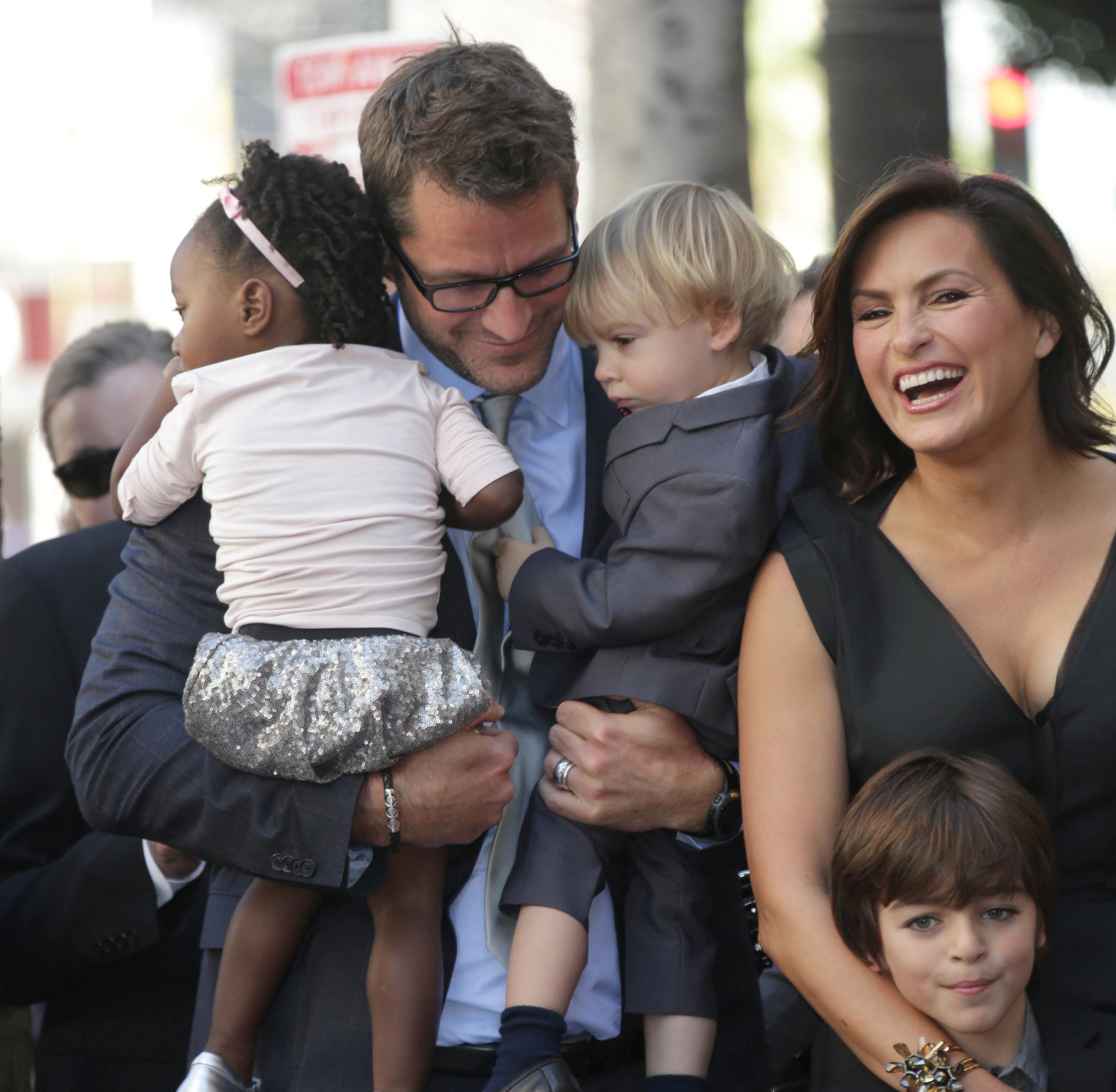 "It's something that happened very quickly, when adoption can take a long time. We were so beautifully and surprisingly . . . not because we're not in sync, but surprisingly in sync about something so huge. So momentous."

Little Andrew quickly bonded with his siblings, particularly Amaya, who would "hold his hand and put her arm around him," as they lay in the crib together.

As well as running around after her children, the 57-year-old also spends her time chasing bad guys in every episode at work.

She revealed that she was hospitalized for multiple leg injuries and urged fans to "listen to your body."

She took to Instagram to share a shocking picture where she waddled out of a hospital with a brace on her right knee and another one on her left ankle.

Along with the pic, the mom of three wrote: "#ThatFeelingWhen, you go to the doctor, get an MRI and find out that you have a broken knee, a hairline fracture in your ankle, and a torn ligament.

"It’s always a good idea to go to the doctor. Immediately."

She added that she didn't need surgery and that she hadn't gotten injured on the set of the Law & Order: SVU.

Mariska also shared the story of an 11-year-old girl who fought off a kidnapper using a move she had seen in the long-running cop series.

The teen smeared goo on sex offender Jared Paul Stanga to leave evidence on him like she had seen in the show, and Mariska said she was "honored" to be a part of the girl's "incredible story."