Singer-songwriter Selena Quintanilla was only 23 years old when she died on March 31, 1995. Her legacy has lived on in fan memorials, family tributes, the blockbuster Jennifer Lopez portrayal in Selena, and now Netflix’s take on “the Queen of Tejano music,” Selena: The Series. The two-part biographical drama chronicles the singer’s family and journey to stardom, with the first part premiering on Dec. 4.

Selena’s husband, Chris Perez, called the “Bidi Bidi Bom Bom” songstress unstoppable. “There’s a few things that could have gotten in the way, but I think because of who she was and how she did things and carried herself, I almost feel like it was inevitable for her to just keep climbing,” he told ABC13. “There was nothing that was gonna stop her. She had it.”

The cast looks identical to the real Quintanillas, so you’d expect the series to follow the real life events. But, Netflix doesn’t necessarily include all the details of Selena’s life, including her tragic death. Here’s what to know about how Selena Quintanilla died:

At the time, Saldívar had recently been relieved of her duties as president of Selena’s fan club and manager of her boutiques. Selena and her father suspected Saldívar of embezzling money. So, Selena set up a meeting at the Days Inn in Corpus Christi, TX, to confront her. Other reports alleged Saldivar set up the meeting, claiming she had been raped and seekingsympathy that Friday morning, according to the Houston Chronicle.

While there, Saldívar took out a “cowboy gun” and aimed it at the singer. Selena tried to run away, but Saldívar shot her once in the back. She made it to the lobby before she collapsed. 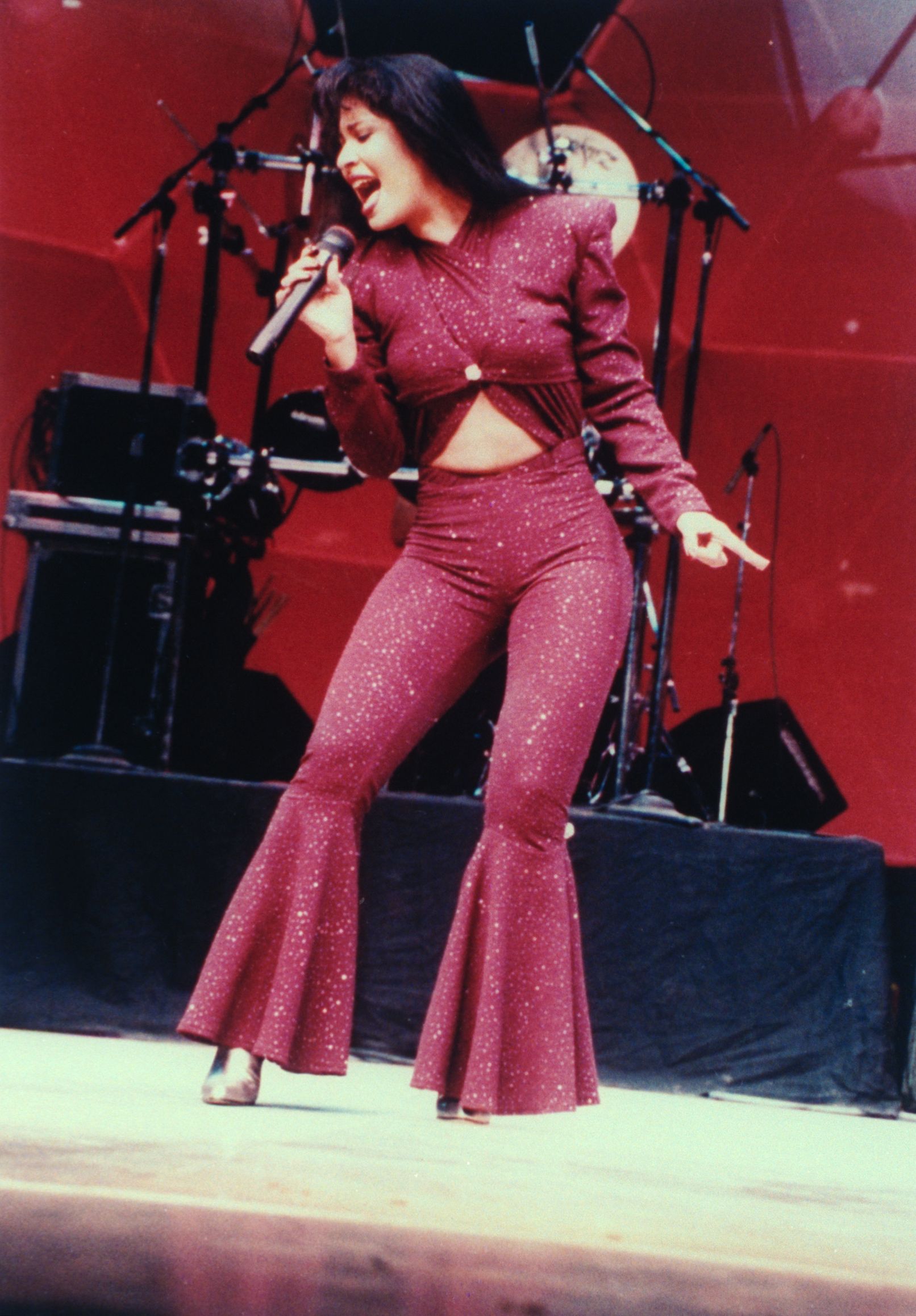 The only witness to the murder was a maid at the motel.

Maria Norma Martinez, who worked as a maid at the Days Inn, was reportedly the only one to have seen the shooting, per the Houston Chronicle. Martinez claimed to have heard Saldivar call Selena a “bitch.”

Selena died in the hospital before her husband was able to see her.

“And on that note, March 31st of ’95, I didn’t know all the details, going to the hospital with my dad that day. Because of that, I was already preparing my speech in my mind to get after her for having gone to this place without letting me know, until I walked through the doors and they told me what they told me,” he continued. “It’s just unbelievable.”

“As far as that day goes I mean, for me, I wish I had amnesia for that day,” Perez told ABC13. “I wish I could go from the night before, which was amazing, to… I don’t even know.”

Selena’s father, Abraham Quintanilla, said she was the “trusting victim of an obsessed, ‘unbalanced’ fan who stole thousands of dollars from the singer’s businesses and then killed Selena after realizing she had been cut from her life,” the Houston Chronicle reported. 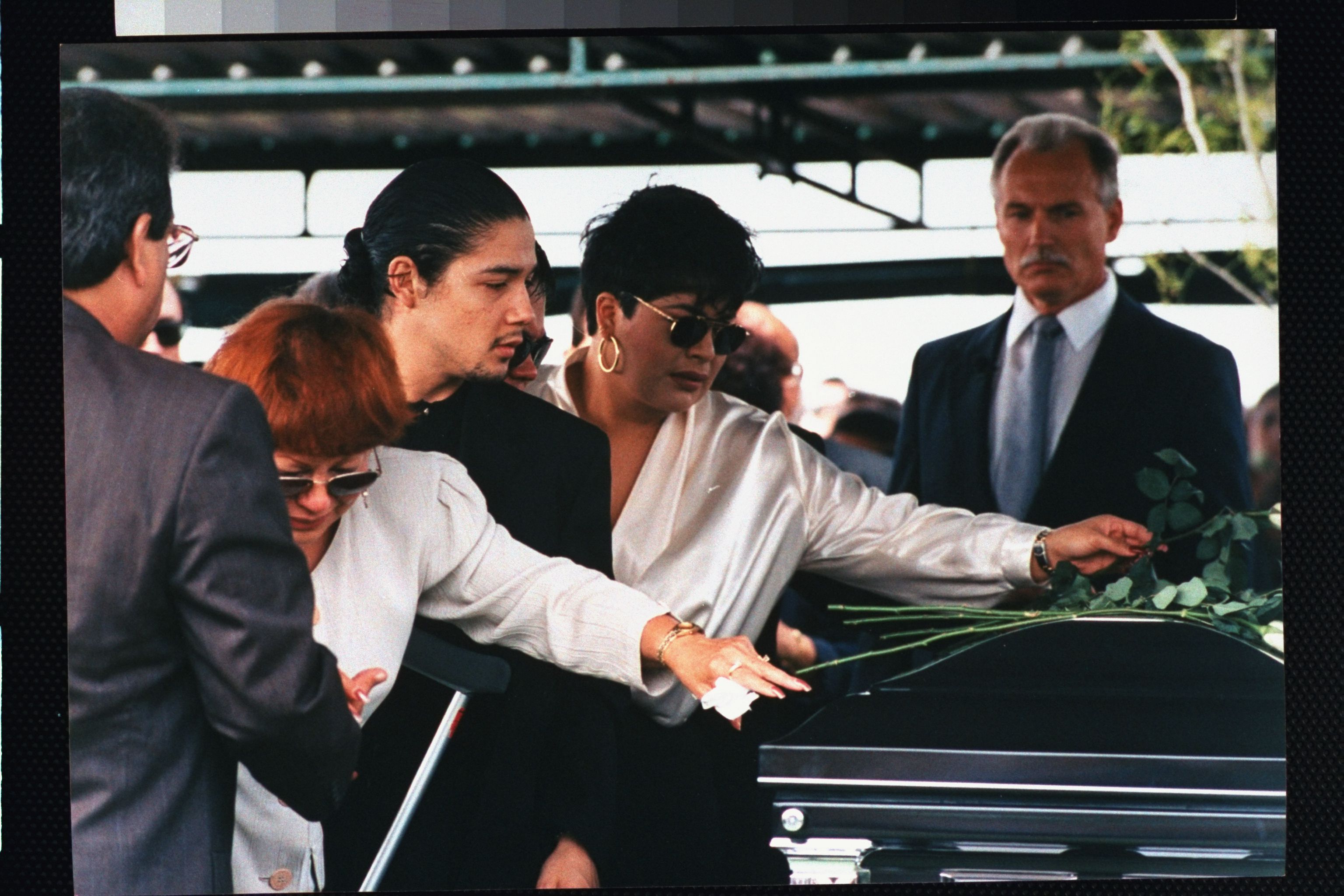 Saldívar engaged in a standoff with police at the hotel.

The former fan club president locked herself in her pickup truck in the parking lot of the hotel with the gun for around 10 hours.

Ultimately, she surrendered to police and the FBI after the long standoff. The same day she signed a typewritten confession.

Fans gathered at Selena’s boutique, home, and the crime scene to mourn.

Thousands of mourners waited for hours in the Corpus Christi Convention Center to pay their respects to the late singer. Selena’s body lay in a “closed black coffin surrounded by white roses” on Monday, April 3, per Houston Chronicle.

Before that, fans flocked to the Days Inn where she was shot. “There have been a lot of souvenir-seekers, and they’re doing some damage to the property,” Corpus Christi Police Chief Henry Garrett told the publication. “They were chipping the concrete and breaking off the shrubbery.” 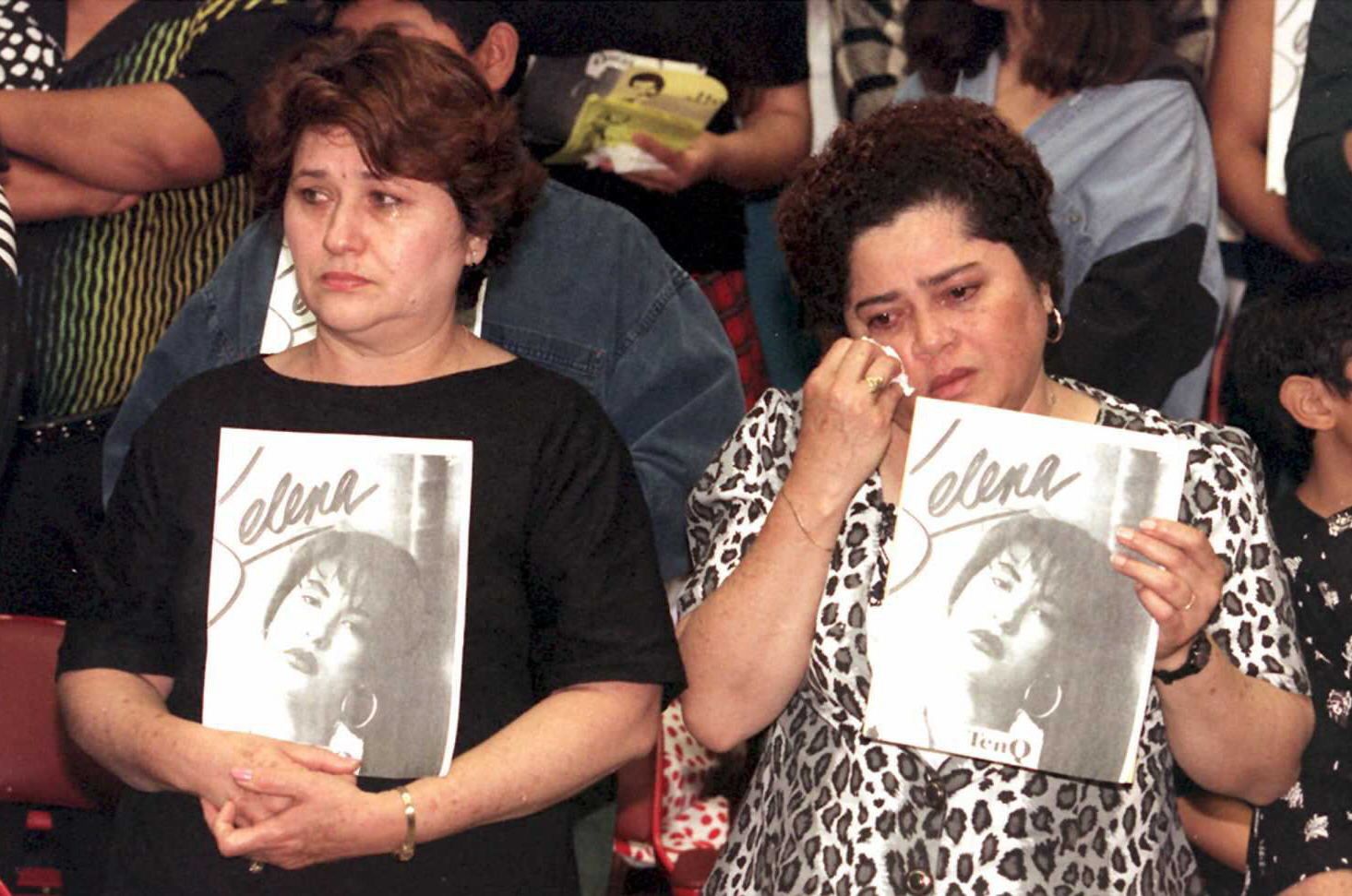 Saldívar was convicted of first-degree murder.

Selena’s murder trial took nine days after the jury was seated. Prosecutors said Selena had confronted Saldivar about embezzlement allegations. Saldívar said the shooting was an accident. Her lawyers argued in court that the gun fired accidentally and the shot was meant for herself, per the New York Times. 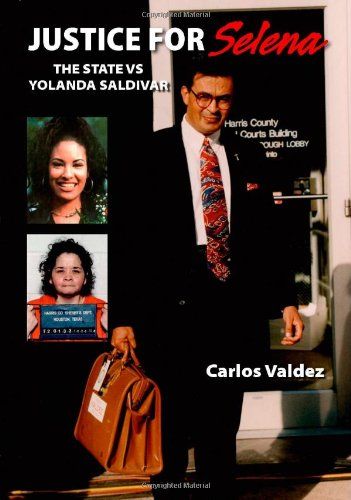 On Oct. 24, 1995, a jury in Houston took less than two and a half hours to convict Saldívar, seemingly rejecting the defense’s arguments. Selena’s fans gathered outside the courthouse and cheered upon hearing the guilty verdict. The trial took nine days after the jury was seated.

“Tears, cheers, and honking car horns mixed with the strains of Selena’s music on boom boxes outside the Harris County Courthouse where a crowd of about 200 people celebrated Yolanda Saldivar’s guilty verdict Monday,” reported Jo Ann Zuñiga and R.A. Dyer on Oct. 24, 1995, per the Houston Chronicle.

Saldívar was “distraught, crying, very upset,” after the verdict, per the publication. Carlos Valdez, the District Attorney, described Selena’s family as “relieved” after the guilty verdict. “I know they were very concerned because of several things that have happened before in the criminal justice system,” he said.

Selena’s killer is serving her life sentence in a women’s prison in Texas.

Saldívar received the maximum sentence and will be eligible for parole in March 2025. A death sentence was not an option for the jury, because “the case does not include any of the aggravating factors necessary under Texas’s death penalty statute,” the New York Times reported.

Her lawyers attempted appeals. However, the appeals courts denied retrials on Oct. 3, 1998 and again on Aug. 19, 1999, per the Houston Chronicle.

After Selena’s death, her family released her English album.

“For me, one of the hardest things to do was to show up and continue recording on that after she was gone,” Perez told ABC13. “But seeing it kind of take off the ground, the work was worth it.”

The album debuted July 18, 1995, and became the fastest-selling album by a female in pop history, peaking at No. 1 on the Billboard pop chart. “I feel like the way the fans have treated all things Selena, the album as well, it’s been for me, it’s helped me a lot,” Perez added. “She’s still out there, inspiring people.”