Woman reveals how cousin, 35, she looked on as her ‘best friend’ abused her from the age of 14 after grooming her at family parties and assaulted her for the first time while sharing a taxi with her parents

A young woman has spoken of the ordeal she suffered at the hands of a predator who groomed and sexually assaulted her.

Stephen Griffiths used family occasions to target his second cousin, Emily Hodgson, at one point plying her with cocaine before forcing himself upon her.

Emily, 19, from Merseyside, revealed that Griffiths began targeting her when she was just 14-years-old.

He was aged 35 at the time but, as a relative in a close-knit family, he would regularly be invited to parties and gatherings.

Emily finally found the confidence to report the abuse three years later, confiding in her devastated mother on the morning of her 17th birthday. 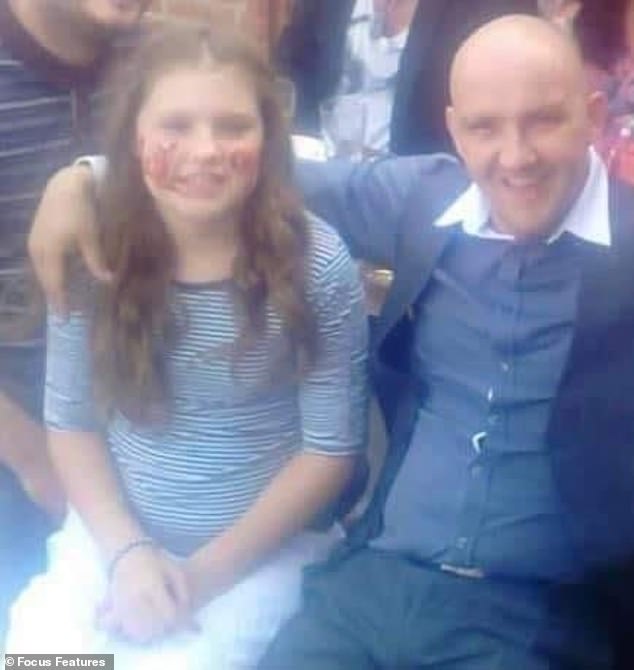 Stephen Griffiths, 35, used family occasions to target his second cousin, Emily Hodgson, 14, from Merseyside at one point plying her with cocaine before forcing himself upon her. Pictured: Emily aged 13 with Griffiths at a family gathering 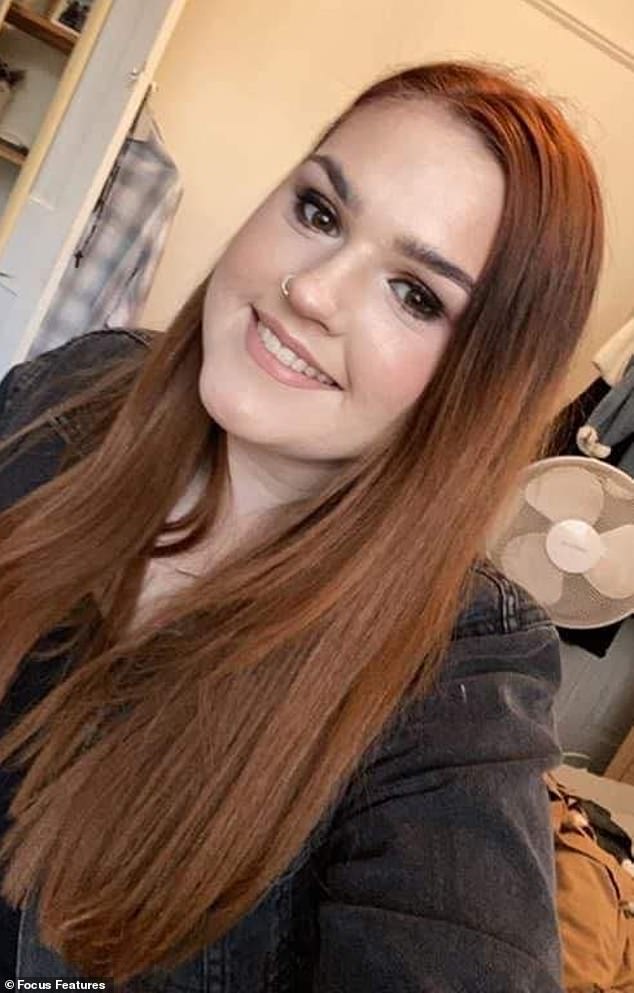 Teaching assistant Emily, now 19, said she looked on Stephen as her best friend and struggled to accept that he’d ‘brainwashed’ her

Teaching assistant Emily, from Merseyside, says: ‘I struggled for a long time to reconcile that the person I thought was my cousin, my best friend, was actually a paedophile. I had been completely brainwashed and it was hard to accept.’

The grooming began at a family birthday. Emily’s mother, Colette, is cousin to Griffiths’ mother who is also Emily’s godmother.

Emily says: ‘My mum was chatting to Stephen that I was struggling at school and some of the kids were being a bit mean. He told me he would look after me and help me. 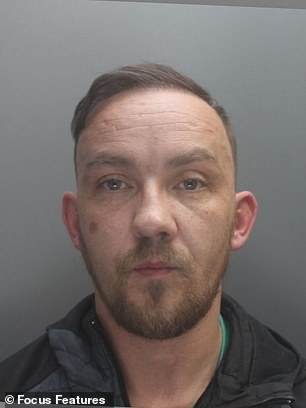 ‘He had never taken any notice of me before, so I felt very grateful. It felt like I had someone on my side. He was an adult and so I trusted him.

‘After that, Stephen started messaging me to see how I was getting on at school. That was the start of the grooming, but nobody realised it then.

‘He was always the centre of attention, full of confidence, and I looked up to him. I was very close to his mum because she was my godmother.’

But a few months on, Stephen’s messages became inappropriate, calling Emily ‘gorgeous’ and ‘sexy’. She deleted the messages for fear of getting into trouble.

Emily says: ‘I had built up a trust in him and he was 20 years older, so I believed every word he said. I just thought he was being complimentary. My confidence was low, and I was just a child. I wasn’t sure what was acceptable and what was not.

‘He started calling me at 2am, asking if I had a boyfriend, if I’d had sex. I felt uncomfortable. He told me I needed a real man and he asked me to have sex with him. He warned me to keep our conversations private and said I’d get into trouble otherwise, even though he was the one in the wrong. 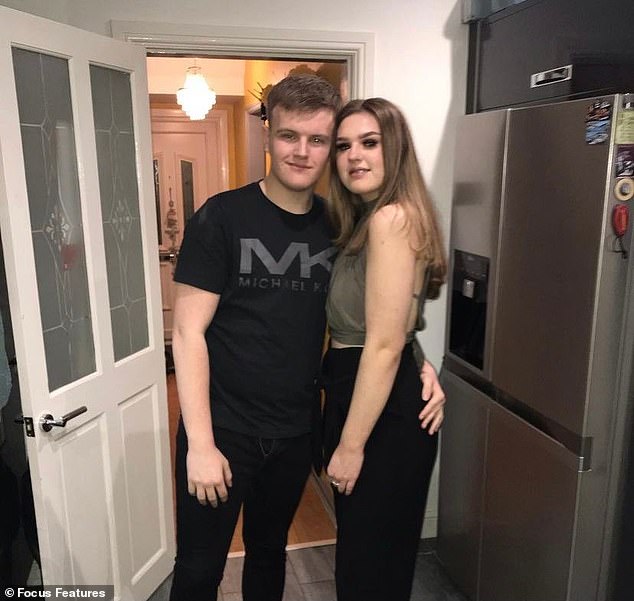 Emily with her partner Ben Duffy who she met at college when she was 16. The couple are pictured together on her 17th birthday, when she broke down and told her mother about the abuse 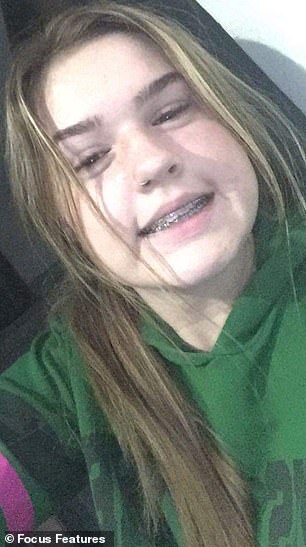 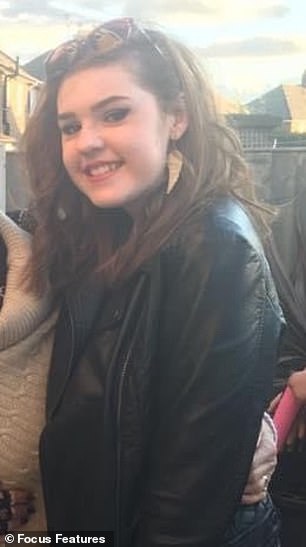 Emily, pictured left at the age of 13, turned to her cousin for support while having a bad time at school. The teenager said she was ‘out of her depth’ and didn’t understand what was happening when the abuse began

Griffiths then sent Emily an explicit image of his genitals.

She says: ‘I was shocked and a bit worried, but he apologised and said he shouldn’t have sent it. But then he asked If I liked the picture. I didn’t know what to do.’

The first assault took place in a taxi following a family get together.

Emily says: ‘My parents were in the taxi, but he was sliding his hand up and down my leg secretly. When he got out of the taxi, he pinched my bum as he was saying goodbye.’ 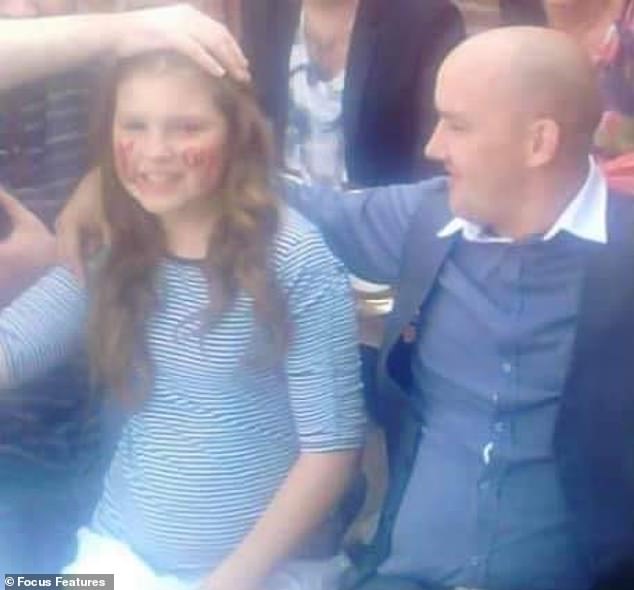 Emily, pictured at a family party with Griffiths, recalled how he plied her with cocaine before sexually assaulting her

After Emily turned 15, in March 2017, she attended a family party to celebrate the Grand National. Whilst she was in the bathroom, Stephen forced his way in and offered her cocaine.

‘I felt sick with panic. I sniffed up like he said and then he began kissing me and lifting up my dress. He was touching me inappropriately and I just froze. 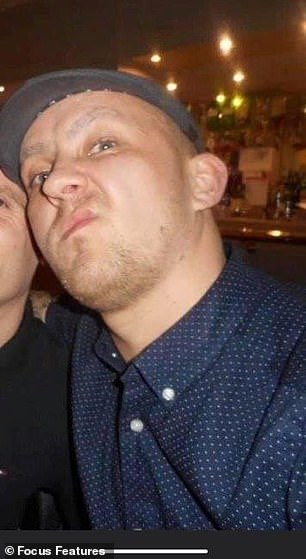 In September, Griffiths was sentenced to 33 months in jail, given a restraining order and made to sign the Sex Offenders Register

‘Then he heard someone coming upstairs to the bathroom, and that spooked him. I was physically sick afterwards and in floods of tears, but I couldn’t tell anyone. I just thought nobody would believe me.

‘I felt absolutely isolated, like I had nowhere to turn. My parents loved Stephen, they kept saying he was funny and entertaining, and I was very confused about it.’

Emily went on to study criminology and photography at college and, at 16, she met her current partner, Ben Duffy.

She says: ‘I confided in Ben, and he made me realise the severity of the abuse. I told Ben how Stephen had said I would be the one in trouble, not him, and as I said the words, I realised how ridiculous that sounded.

‘It all slotted into place. I realised I had been completely brainwashed and abused by a paedophile.’

Ben persuaded Emily to tell her parents, who were completely supportive, and she went to the police.

She says: ‘It was the night before my 17th birthday, and Mum made a comment about something Stephen had said that was very funny. I just snapped; telling them he was evil and horrible and not funny at all.

‘My mum was blindsided, she had no idea of the reason for my outburst. The next morning, on my birthday, I told her everything. 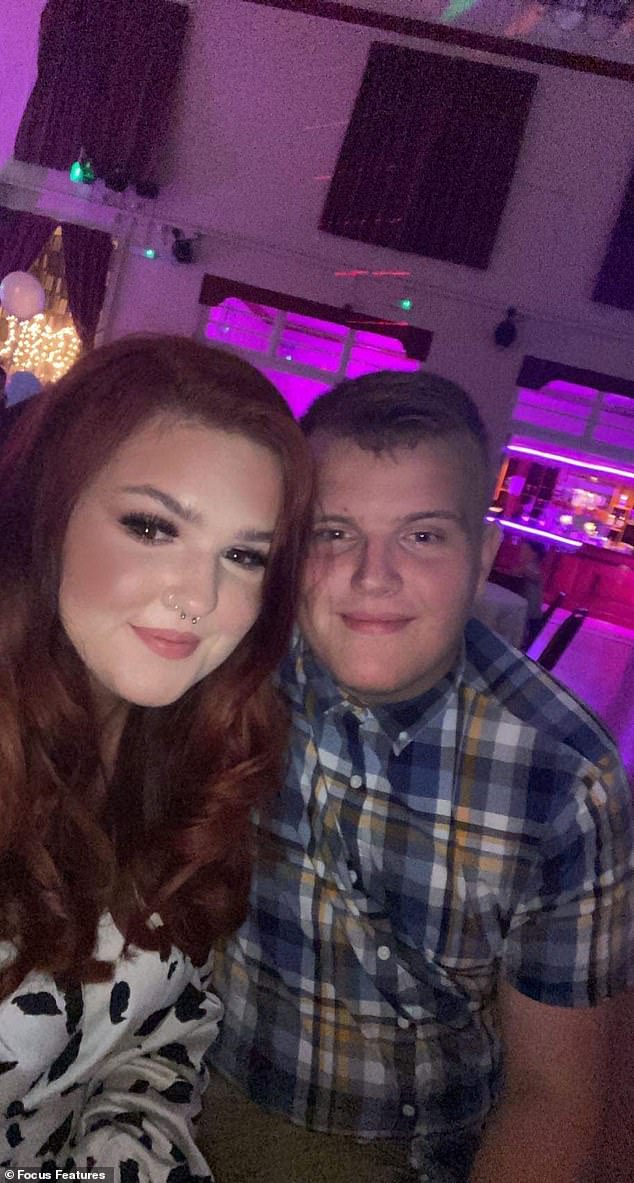 Emily, pictured with her boyfriend Ben Duffy, said that the court case has split her family, with some relatives siding with Griffiths and refusing to believe her

‘I had to accept that the person who I thought was my best friend, who I had trusted, who was really the opposite. He was a paedophile. It really damaged me.’

Griffiths denied the allegations, but jurors at the Hilton Nightingale court, Liverpool, found him guilty earlier this year of two counts of sexual assault, engaging in sexual communications with a child and causing a child to watch a person engaging in sexual activity.

In September, Griffiths was sentenced to 33 months in jail, given a restraining order and made to sign the Sex Offenders Register.

Emily says: ‘Looking back on everything makes me feel sick and for a long time it made me feel stupid. being so naive.

‘The court case has split the family down the middle; my godmother turned against us. But my own close family has been so supportive, and I don’t regret going to the police. I’d encourage other young women and men to speak out.

‘It’s only when you confide in someone, and you say it out loud, that you realise how wrong it is. I was abused mentally as well as physically and it may well take me a lifetime to get over it.

‘But I won’t let Stephen ruin any more of my life. I’m a survivor, and I’m sharing my story because I want to help other young people. I want to make a difference.’