A Virginia woman who struggled through a difficult divorce says she found ‘a therapeutic outlet’ in cleaning old tombstones — and now she’s found millions of fans on TikTok for her graveside scrubbing videos.

Virginia resident Alicia has amassed a million followers on TikTok, where she has uploaded dozens of videos of tombstones being cleaned.

In each clip, she scrapes off what looks like decades of dirt and grime before scrubbing with brushes and cleaning products, leaving behind a sparkling-clean stone that does justice to the person buried there. 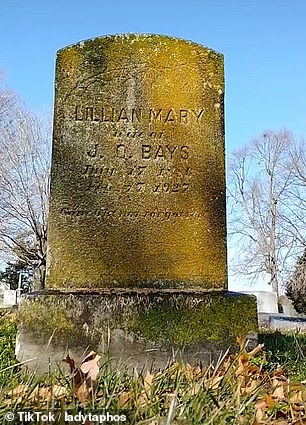 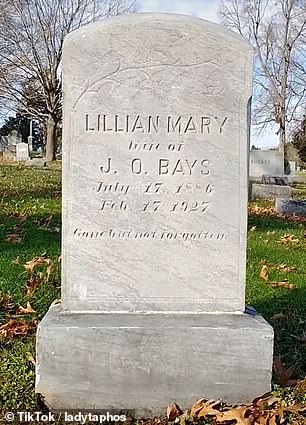 Cleanup time! A Virginia woman who struggled through a difficult divorce says she found ‘a therapeutic outlet’ in cleaning old tombstones 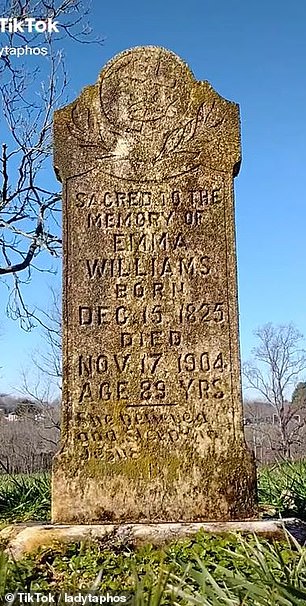 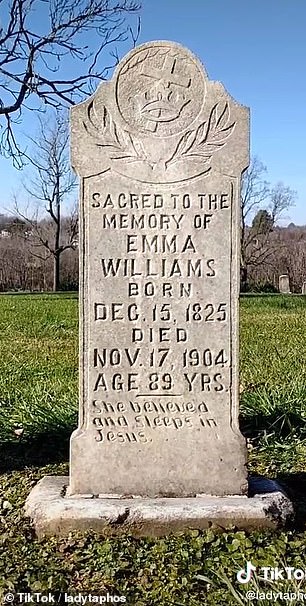 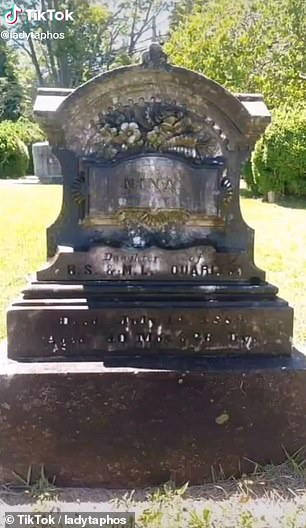 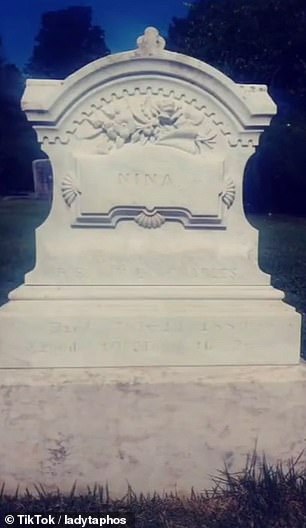 Amazing: The before-and-after still show the stunning transformation of the mostly abandoned tombstones, some of which are from the early 1900s 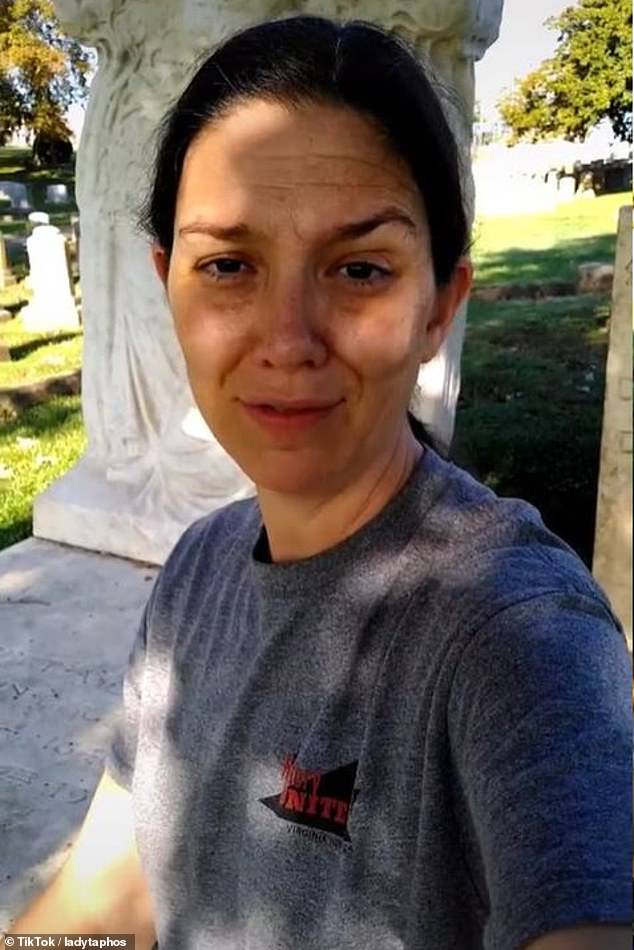 Healing: Alicia said she has ‘an incredibly high-conflict divorce’ and had to split custody of her kids across Virginia and Florida when she took up the hobby

I had never heard this name before. #fyp #tombstone #cemetery #cleaning #history #ladytaphos

Alicia started posting her videos in October, and several have racked up a few million views each.

A typical video starts with a tight shot of a very old tombstone that doesn’t appear as if it’s gotten any care in quite some time. Many belong to people born in the early 1900s, though some are as recent as the 1990s.

First, she’ll scrape off the worst of what’s accumulated on the stone, including dirt and pollen.

Then she’ll use a brush, water, and cleaning solution to scrub the stone and remove remaining dirt that’s caked on.

Finally, the stone will get a nice rinse, usually revealing that it’s an entirely different color than what it first appeared to be.

The videos spotlight the satisfying progress she makes, and also include all the noises of her brushes and scrapers — making them popular among fans of autonomous sensory meridian response (ASMR) content.

In one video, Alicia explained that the tombstone cleaning helped her get through a difficult time.

‘I was in the middle of an incredibly high-conflict divorce and having to adjust from being a stay-at-home mom for ten years to sharing custody of my children from Virginia to Florida,’ she said.

‘As you can imagine, this was a huge adjustment for me and I needed a therapeutic outlet.

‘I was doing genealogy research one day and came across someone else doing tombstone cleaning and decided to give it a try,’ she went on.

‘The whole process of the last three years has been a metaphor to my healing from the divorce.’

Alicia did not share any further information about her former partner, or the current status of their divorce. Therapy: She used the hobby to help her through splitting custody across state lines 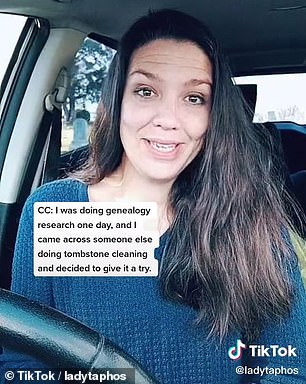 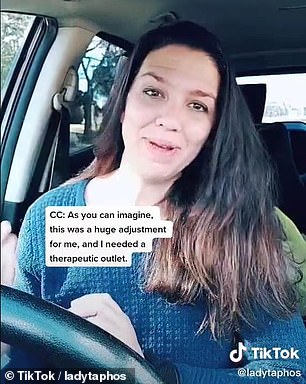 ‘I was doing genealogy research one day and came across someone else doing tombstone cleaning and decided to give it a try,’ she said

The first stone she cleaned belonged to family — distant family.

Hattie L. Saunders was her great, great grandmother’s sister, and she was buried alone away from the rest of her family. She died young, leaving behind two children.

Other tombstones have belonged to strangers, but Alicia sometimes does research on the person and shares it in the video.

Recently, she cleaned the grave of Cloter Lee, the daughter of a solider and a mother of six.

Another stone belonged to John Johnson, who worked as a section man for Norfolk and Western Railroad. 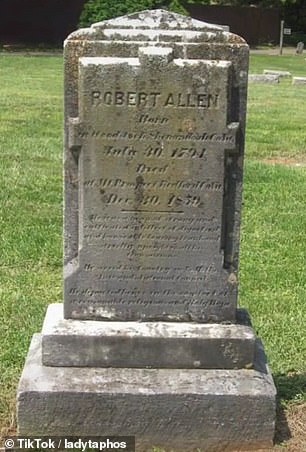 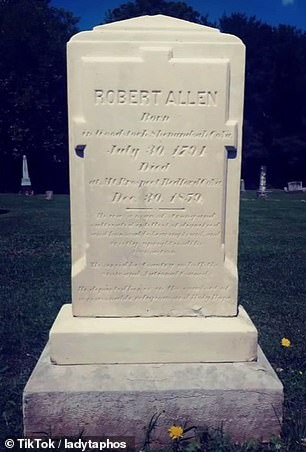 Background: Sometimes she looks up details of the person buried underneath and shares them 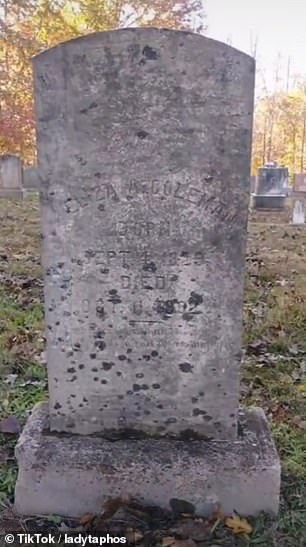 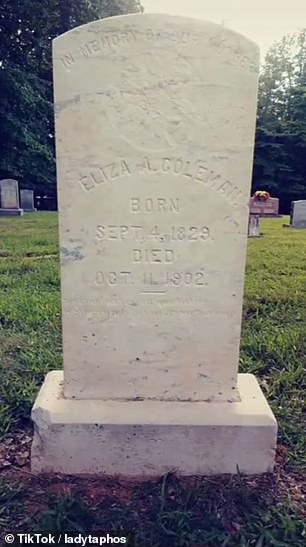 Safe stuff: One of the most important products she uses is D/2 Biological Solution, which is the ‘approved method of any legitimate conservator’

For those interested in taking up the hobby themselves, Alicia has also shared how-tos, as well as a list of the supplies she uses.

One of the most important is D/2 Biological Solution, which the product’s website says is ‘used to remove dirt, soot, pollution, and discoloration from most masonry surfaces.

‘It’s the approved method of any legitimate conservator,’ she said.

‘Other than that, it just takes my time and patience and care,’ she said.