That’s one way to start a new job.

A woman’s prank on her daughter — which she pulled three years ago — has gone viral on Twitter this week.

On Sunday, comedian Allison Reese posted pictures of a woman wearing a fox costume, explaining that several years ago, the woman had come into the Chicago coffee shop where Reese was just starting her first day on the job.

“Happy 3 year anniversary to working in a coffee shop at 6AM and my first customer was this lady in a fox costume on her way to surprise chase her daughter, who was afraid of mascots, down the street in Chicago,” Reese wrote on Twitter.

Reese went on to explain that the woman actually traveled from out of town to pull the prank.

“Like, this lady had flown in from out of town to surprise her kid by chasing her down the street in her nightmare situation before work. Best open I ever had,” Reese tweeted.

However, the story didn’t end there.

Reese posted an update saying that both the mother and the daughter found Reese on social media.

Reese tweeted: “YOU GUYS ARENT GONNA BELIEVE THIS BUT THE DAUGHTER FOUND ME ON INSTAGRAM! AND THE MOM FOUND ME ON FACEBOOK!! so crazy.”

She also included pictures of her messages with both the mom and her daughter.

The daughter started the conversation by telling Reese that the woman in the costume was her mom and that her mom’s visit had been a surprise. 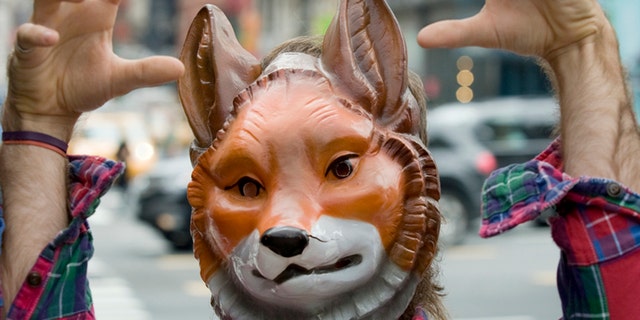 A woman pranked her daughter on her first day of work by chasing her in a fox costume in Chicago, according to recent tweets. (iStock)

“I had NO idea she was coming,” the daughter wrote to Reese. “I was leaving for work and was running late and she was texting my friend to see where I was. She was in my lobby and legit scared the absolute s–t outta me and I RAN outside and in my uber.”

The daughter went on to say that even her co-workers knew about her mom’s prank, so when she got to the office, everyone was “being weird.”

She also said she initially thought the animal costume was a squirrel and not a fox.

Since Reese posted her initial tweet on Sunday, it has been retweeted more than 4,700 times and has been liked more than 78,600 times.