Aussie woman gains ten kilos on a high fat diet to get her ‘dream’ bottom because doctors said she was ‘too thin’ to get $18,000 worth of cosmetic surgery 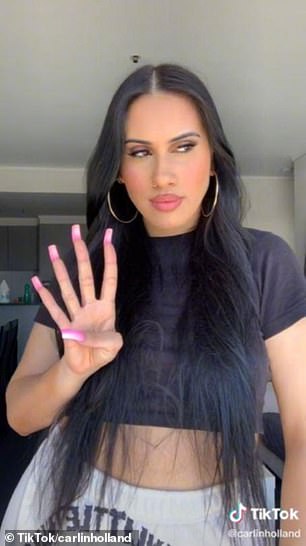 Carlin Holland, 22, from Perth has revealed how she put on about 10 kilos to get her dream body

A young woman has revealed how she ‘happily’ gained about ten kilos after being told she was too fit to undergo an $18,000 Brazilian butt lift procedure.

Carlin Holland, 22, from Perth, turned her back on her strict calorie-controlled eating plan to gorge on pasta, ice cream cake and whipped cream-loaded iced coffee for six months after her surgeon revealed she was too thin for the operation.

She documented the free-eating on TikTok revealing it felt amazing to be able to enjoy her favourite foods without feeling ‘the guilt’ afterwards.

The young Perth woman revealed she grew up as ‘one of the bigger girls’ and had worked hard to shed the weight with diet and exercise.

Speaking to 7News Carlin revealed her inability to change the shape of her bottom so she could look like one of her body idols left her with low self confidence.

While she enjoyed having a flat stomach she missed the ‘big bum’ she had when she weighed more.

So she decided to look into the Brazilian butt lift procedure which could ‘guarantee’ her a large bottom while maintaining her hard-won toned tummy.

But surgeons told her she was unable to undergo the procedure at first. 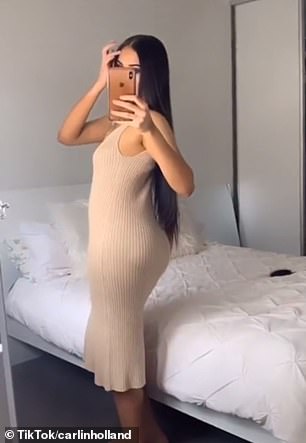 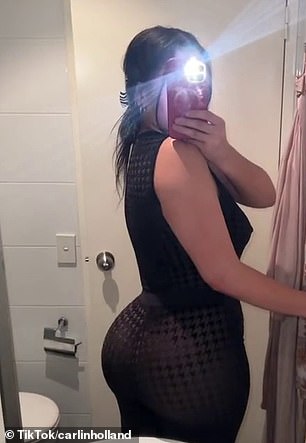 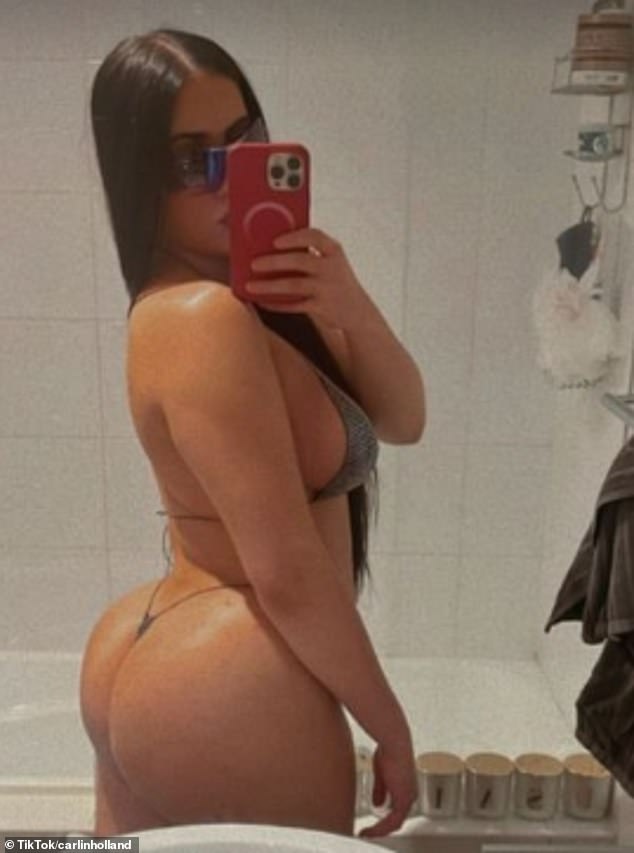 They said she was too thin to go under the knife and achieve her desired results and would have to put on at least five kilos to have enough fat to redirect to her bottom.

So she jumped on the high-fat diet bandwagon which included daily bacon and egg rolls, five meals per day and as much chocolate as she desired.

Within six months the youngster had exceeded expectations, stacking on somewhere between seven and ten kilos for the procedure.

When she finally arrived to Sydney her surgeons were able to remove five litres of fat from her stomach as well as some from her back and sacral area.

This was funnelled into her backside to make two perfectly even cheeks.

Carlin admitted she thought the recovery from the procedure would be gruelling but it ‘wasn’t that bad’. 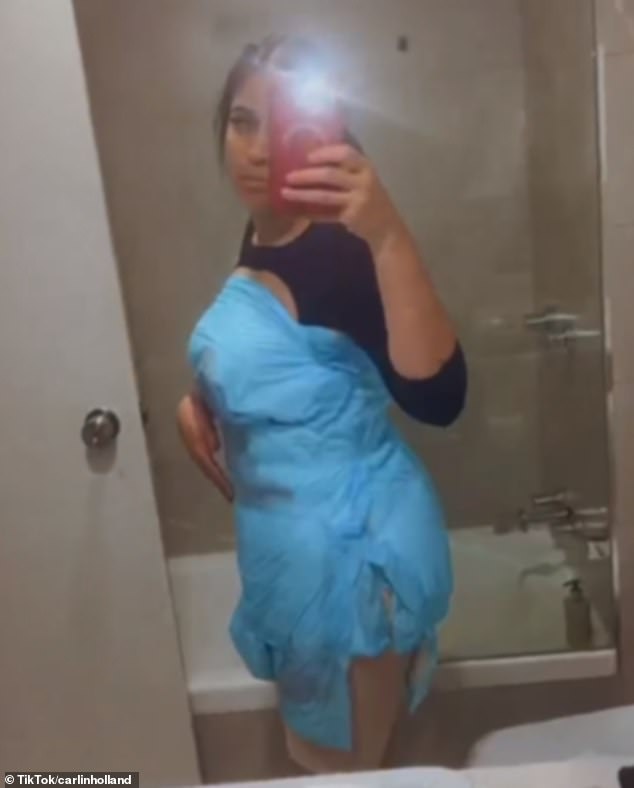 Carlin plans to spend a few weeks in a Sydney hotel recovering from the procedure – a cost she needs to pay on top of the $18,000 surgery fee

She was made to sit on a specially designed pillow for two weeks and had to have daily massages before she could take the compression bandages off and see her new figure.

‘Now I look in the mirror and love it so much, I want another,’ she said.

Carlin has told her followers she is happy to be open and honest about her experience but doesn’t like to ‘promote’ her Brazilian butt lift.

She says she believes people don’t need plastic surgery to be happy with their bodies.

Top tip for someone travelling for surgery: Bring someone with you, I wouldn’t have been able to do it alone. You really need someone to help you, with the massages and even just to pick things up from the floor.

Do you take a stool softener? Yes but only for a week.

How long did you have to stay in a hotel? I flew home two weeks after my operation.

Would you get a second Brazilian butt lift? Yes! But I don’t think I will as I am really happy with the results. It isn’t off the table though.

If you lose weight will the fat in your bottom disappear? Yes, you have to maintain your weight.