Looks like the doctor has prescribed a little retail therapy.

Former “Scrubs” star Zach Braff and girlfriend, actress Florence Pugh were spotted yesterday having a day out on the town in Manhattan that culminated with a trip to a jewelry store. 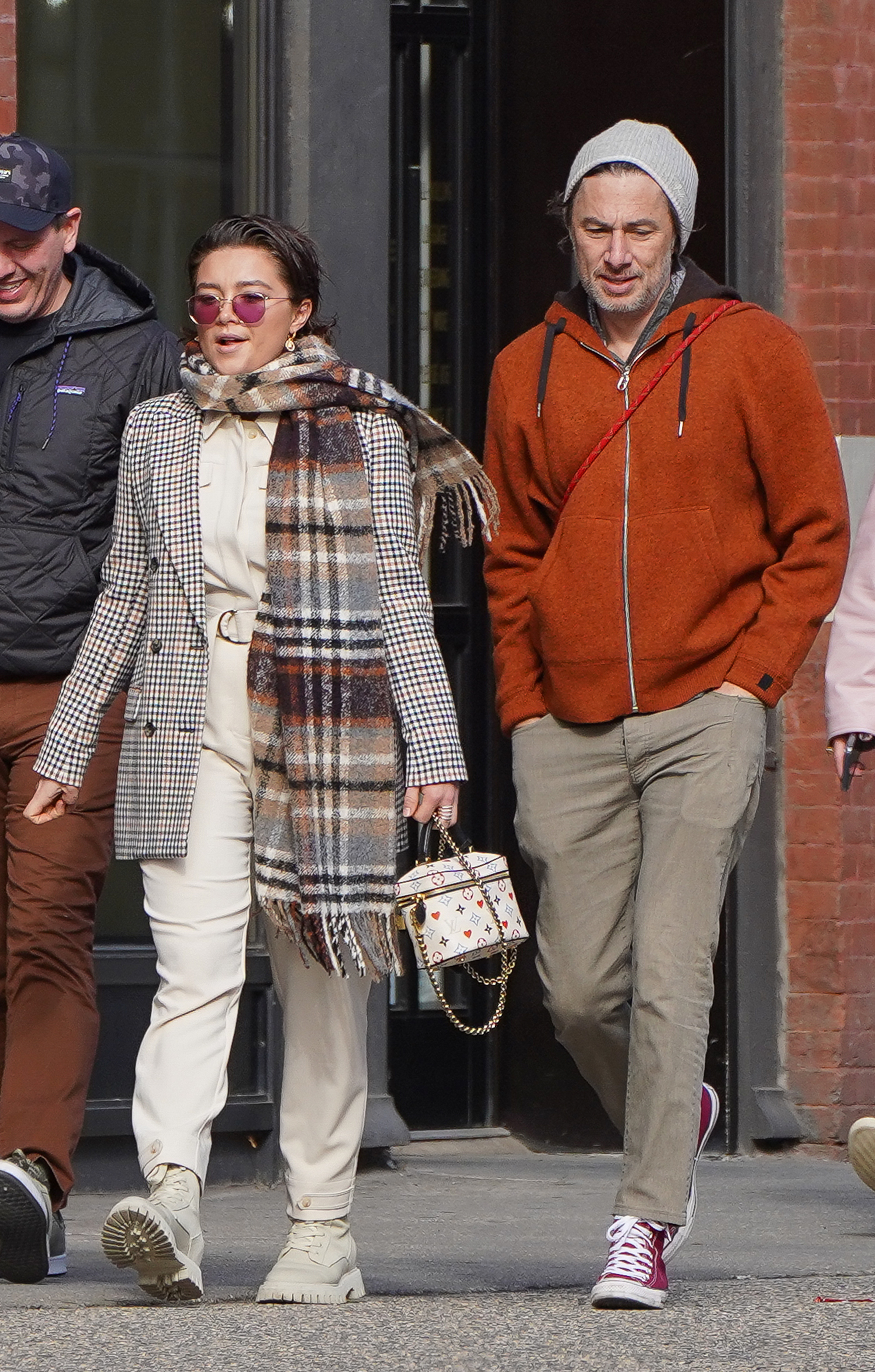 The May-November pair — who have a 21-year-age gap — were caught in some PDA during their jaunt — as they canoodled their way up and down the streets of SoHo.

The 25-year-old Pugh – who recently dyed her blonde locks dark brown – donned a beige jumpsuit, a black and white plaid coat, and a brown and gray chunky scarf.

As for Braff, the 46-year-old’s ensemble of canvas Converse high-tops, orange hoodie and beanie screamed youthful — while the gray stubble on his face said otherwise. 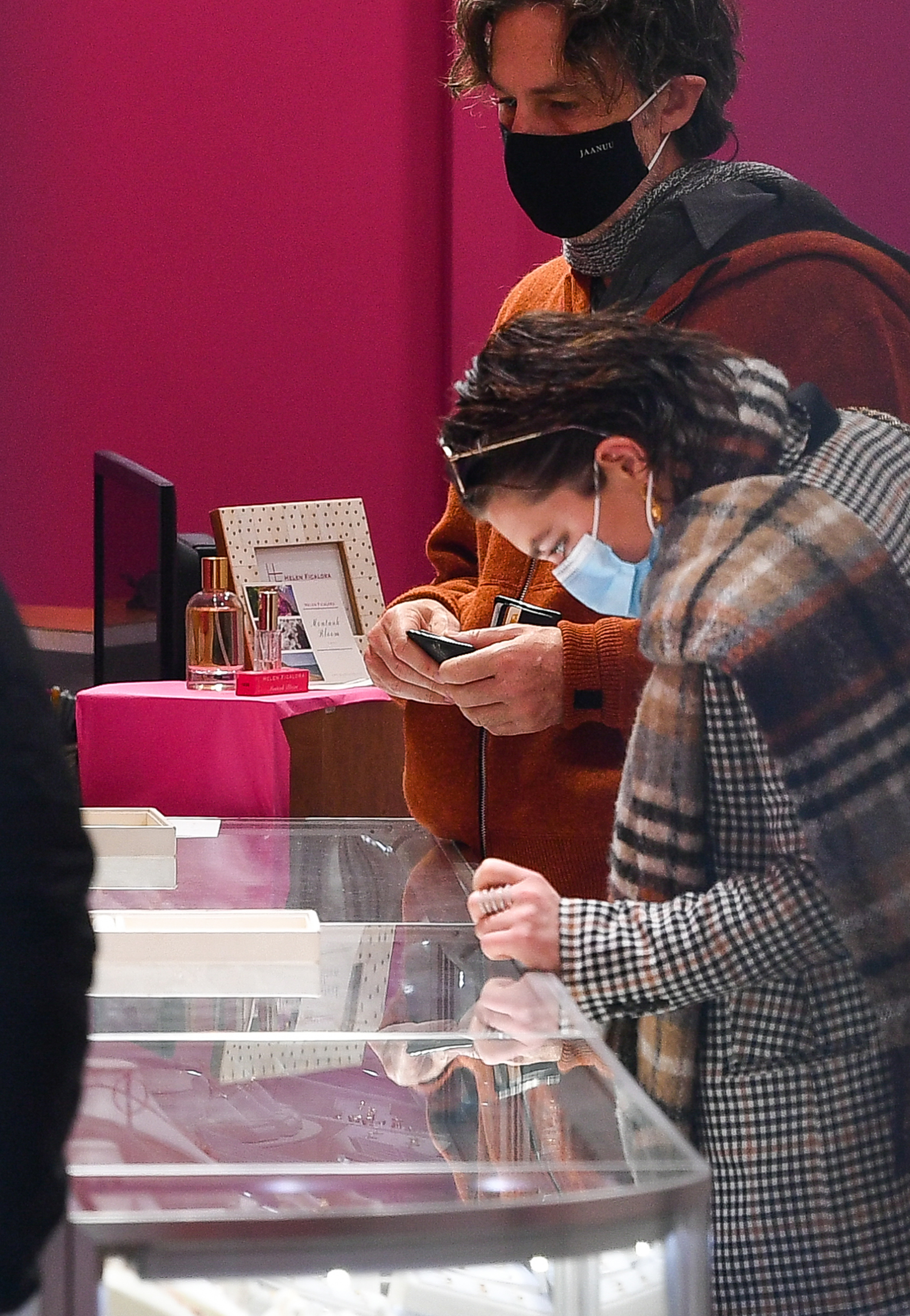 The couple eventually stopped at the Helen Ficalora jewelry store on Cleveland Place. Braff, who played Dr. “JD” Dorian on the medial comedy, had his wallet out and ready to go as Pugh zoned in on a case of what appeared to be rings. 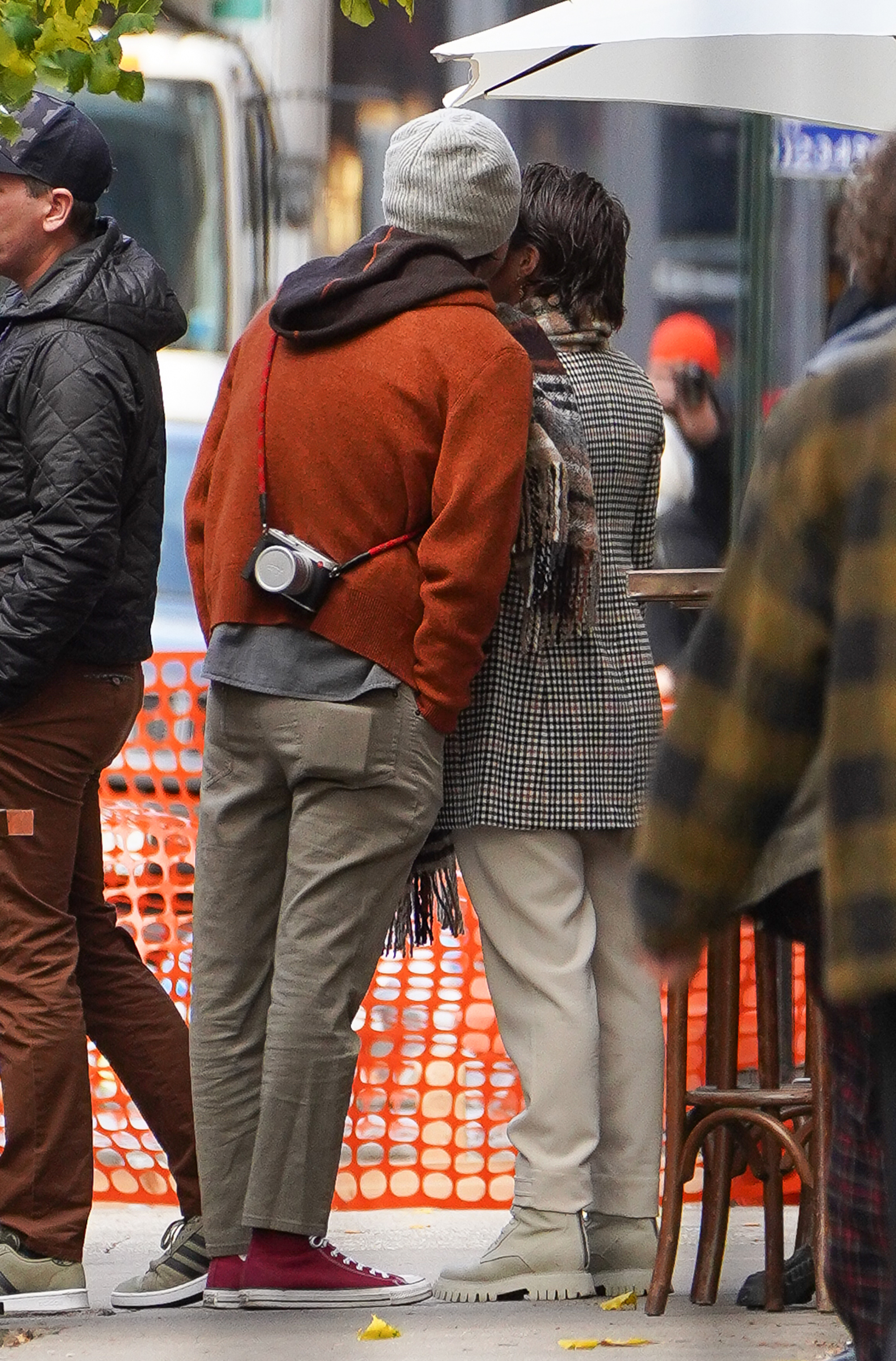 Braff, 46, and Pugh, 25, have been dating since 2019. Since the very beginning of their romance, Pugh has defended the couple’s two-decade age gap.

“I’m an actor because I like acting and I don’t mind people watching my stuff, but people have no right to educate me on my private life,” she told Elle UK in July 2020. 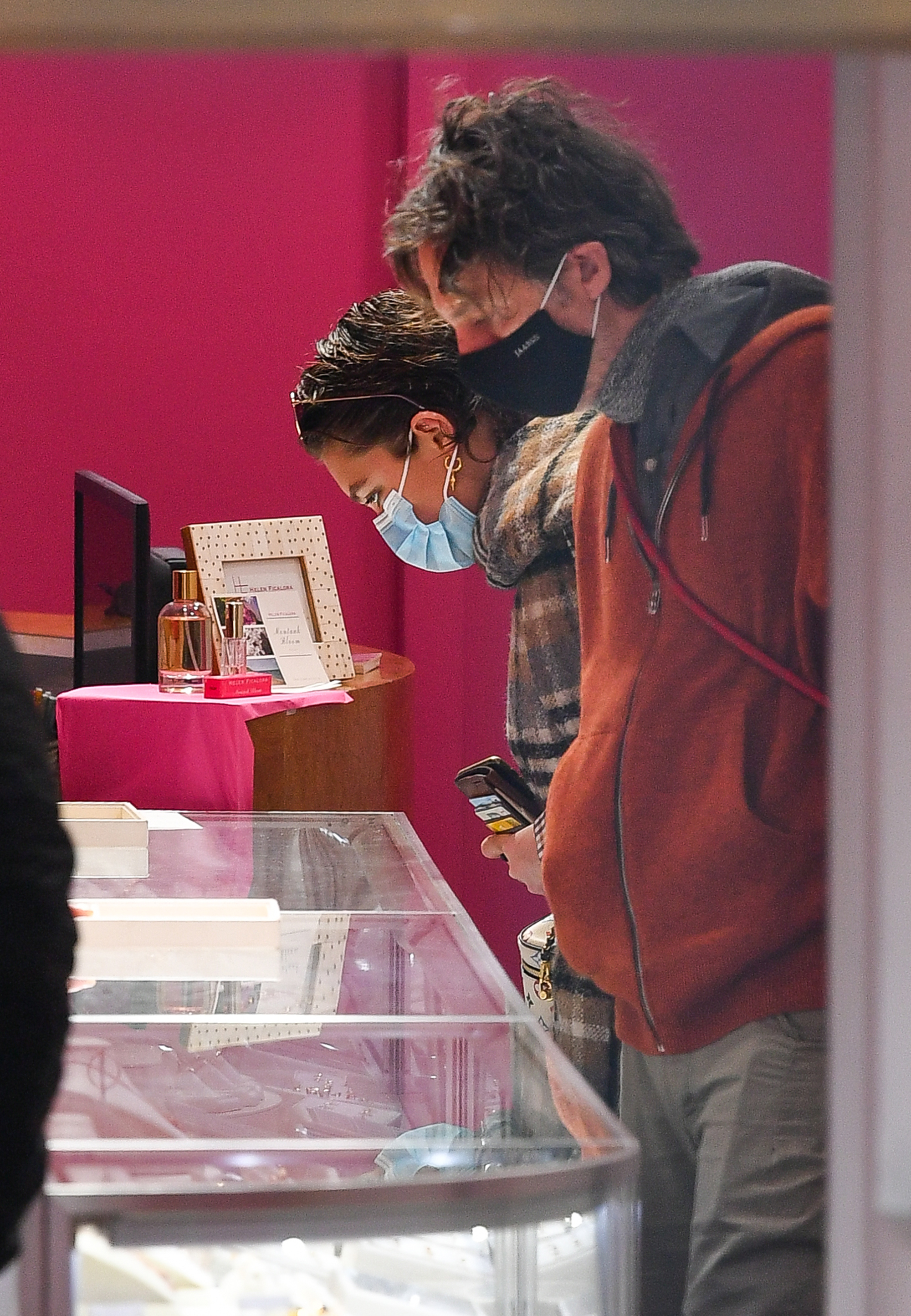 She added, “I know that part of being in the spotlight is that people might invade your privacy and have opinions on it, but it’s bizarre that normal folk are allowed to display such hate and opinions on a part of my life that I’m not putting out there.” 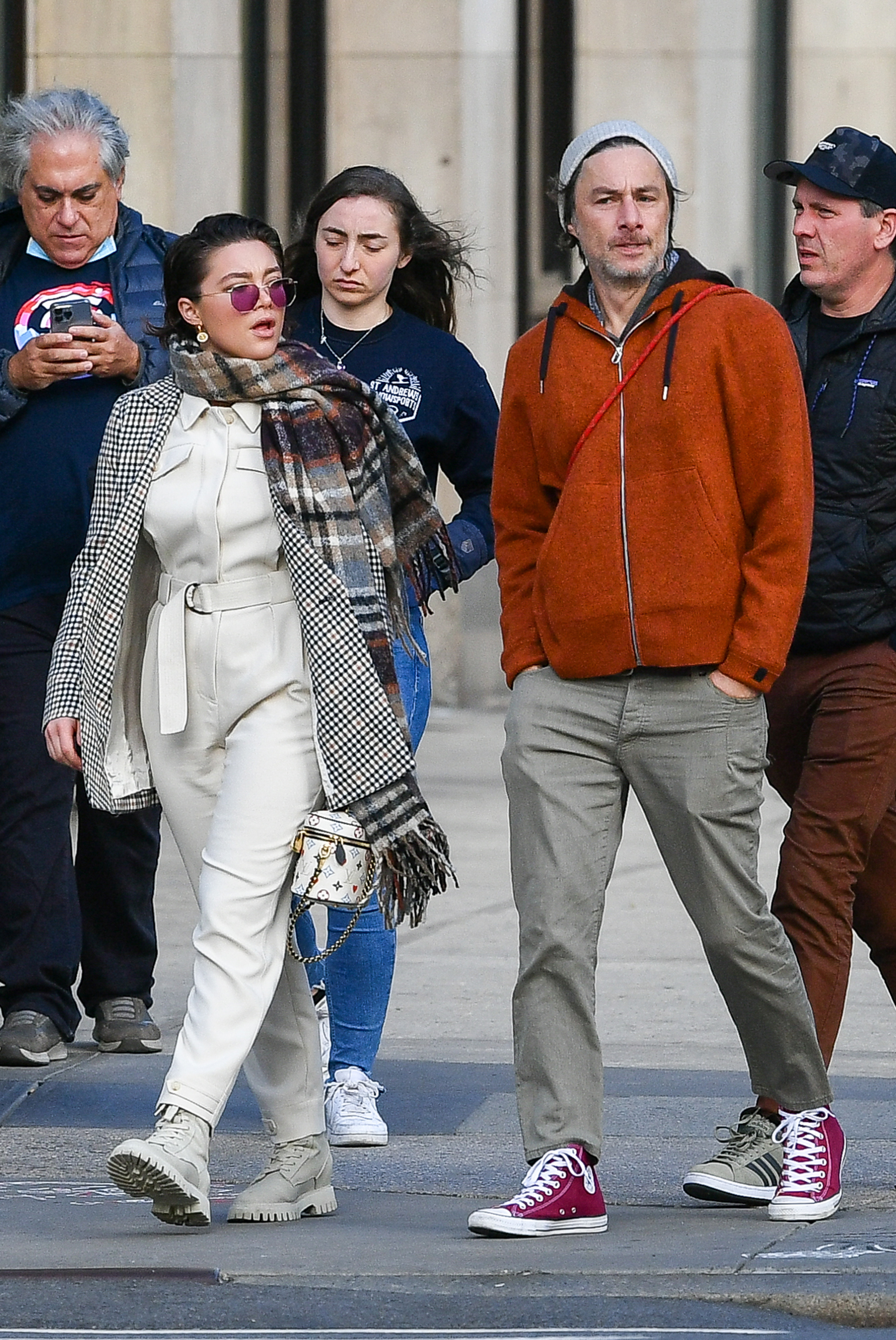 The “Chicken Little” star and the “Black Widow” actress haven’t been shy showing their love for one another.

The two celebrated Braff’s 46th birthday together earlier this year in April, and shortly before then, Braff called his girl a “gift to the world” for her birthday in January.