According to Taste of Country, Ashley Monroe is “one of the most-respected female singer-songwriters in country music.” She didn’t grow up a stranger to the music industry either, as talent runs in her family. Taste of Country reported Monroe is related to country music legend Carl Smith and members of the Carter family on her father’s side. One of the most famous members of the Carter family is the late June Carter Cash, wife of Johnny Cash.

As for her own skills, Monroe won a talent contest in Pigeon Forge, Tenn. when she was only 11 and began performing regularly at a local theater. But the young singer was devastated when her dad died from cancer in the early 2000s when she was only 13 years old. Monroe moved to Nashville with her mom after her father’s death. She started writing songs in addition to singing to cope with the loss. She got her first songwriting contract when she was 14!

After Monroe and her mom’s Nashville move, the talented singer-songwriter slowly rose in country music, breaking into stardom after forming the trio Pistol Annies with her best friends Miranda Lambert and Angaleena Presley. Monroe married professional baseball player John Danks in 2013. Blake Shelton officiated the wedding, with his then-wife Lambert serving as the matron of honor. Monroe and Danks have a 3-year-old son together.

However, Monroe made headlines recently after revealing a sad health diagnosis. Keep reading to find out more. 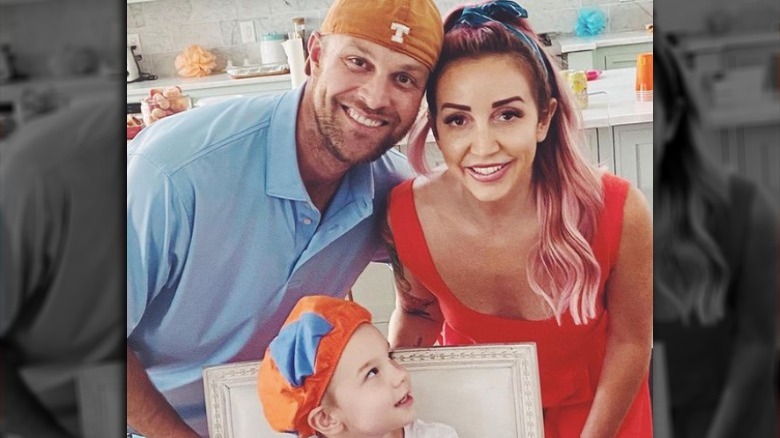 Country singer Ashley Monroe revealed she has a rare form of blood cancer via Instagram on July 13. Monroe expressed she was “overwhelmed with gratitude” by the love and support of her friends and family in light of her diagnosis. The singer’s Instagram post included several photos of her husband John Danks and their son Dalton, as well as family and friends, including her best friends and Pistol Annies bandmates Miranda Lambert and Angaleena Presley.

Monroe was diagnosed with Waldenström macroglobulinemia. According to People, WM is a “type of non-Hodgkin’s lymphoma also known as lymphoplasmacytic lymphoma.” In Monroe’s Instagram post, she shared that routine blood work for anemia led to discovering her rare cancer diagnosis. She said she has excellent doctors at Vanderbilt treating her, and she would “greatly appreciate if no one gave me any unsolicited advice or medical opinions.”