GMB: Brian May says not being able to perform has been 'weird'

Last year when the nation went into lockdown, Queen and Adam Lambert were forced to postpone their summer tour and ended up stuck at home like the rest of us. Since then, Brian May has regularly been cheering fans up with his micro concerts on Instagram, but the guitar legend also suffered a few health problems in 2020. The 73-year-old was forced to use crutches after ripping his Gluteus Maximus while gardening, before sharing he’d also had heart attack on another occasion.

Nevertheless, Brian has shown great resilience in the face of these difficulties, telling fans on social media how he’s really enjoying his new fitness regime.

Now a year on, he’s as busy as ever, sharing exclusively with Express.co.uk that he’s really on the mend now.

The 73-year-old said: “I’ve been through a few adventures shall we say. Yes, I do feel a lot better thanks, yeah.

“The best thing probably is it made me much more aware of fitness.” 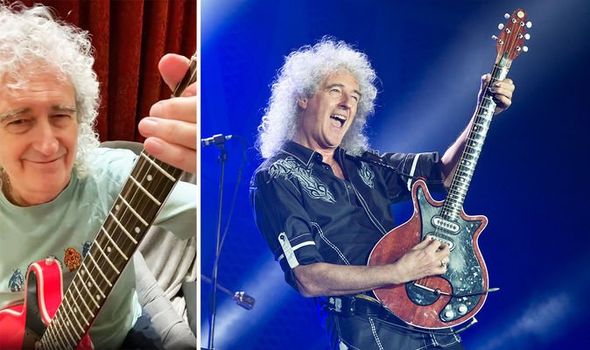 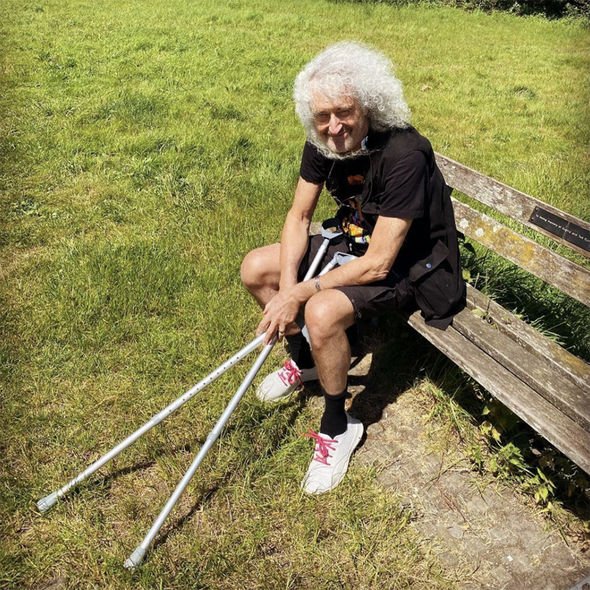 Interestingly his regular collaborator Kerry Ellis, who sings on new track Panic Attack 2021 with the star on guitar, has shared the same thing with us in the past.

She said last year: “Brian’s happiest when he’s busy and when he’s working. This has been a tough time for everybody with lockdown.

“[It’s] having something to focus on…he can’t sit still, he has to keep busy!” 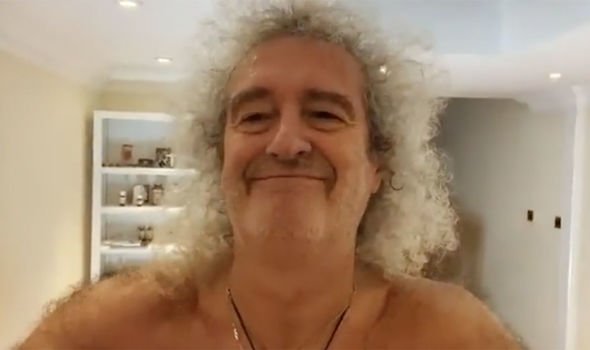 He told us: “It’s actually a bit of a miracle because if this had happened, I guess, 20 years ago that would have been it really.

“When I was growing up you heard somebody had a heart attack and it was kind of the end of their lives more or less. So I was very fortunate to have had this incredible team who dived in.

“They didn’t do the by-pass operation, they did the angioplasty which is a million per cent less invasive than an operation.”

Brian shared how he’d had three stents put in which was “very, very successful.”

The rock legend continued: “It’s given me my life back. I’m also grateful because it happened in this pandemic year and I’m able to take the time off to recover and devote my energies to regaining health.”

At the time, the 73-year-old also said how his focus on fitness was like a new religion.

He said: “I’m absolutely devoted to my physio every day of my life and building up the strength in my heart muscle and the rest of my body as well. It’s actually a pretty good story on the whole.”

Brian admitted that he devotes around 90 minutes to exercise every day.

He added: “I generally allow myself one day of rest a week. The rest of the time I’m going for it because you see the results. You have to keep moving. That muscle of your heart needs to be reconstituted because it’s not going to happen on its own.

“I love [my fitness regime]. It’s funny how you get into a thing. In the old days, I never would have done it, but now I get up and that’s the first thing I think of.

“I go into my little gym, I get on the bike and I’m off. I watch my heart rate. It’s all very well controlled, I don’t overdo anything. I’m into it, I love it!”