Freddie Mercury died 30 years ago this year and just a few months later Queen members Brian May, Roger Taylor and John Deacon put on a charity gig in his honour. The Freddie Mercury Tribute Concert for AIDS Awareness featured a whole host of rock stars performing with Queen from George Michael and David Bowie to Elton John and Robert Plant. The filmed version was on Sky Arts over Christmas and May was rewatching the memorable occasion.

May posted clips on Instagram, commenting: “I‘m watching our Freddie Mercury Tribute Concert – so strange for so many reasons.

“Already so long ago now – we look so young – and all those lovely performers with us…many of them now gone to the place where Freddie went before.

“And of course we were only just beginning to get used to the fact that Freddie would no longer be able to do this wonderful thing with us any more. Of course, it felt like he was with us on this amazing night.”

But there was one particular performance that the 73-year-old said he would take to his grave. 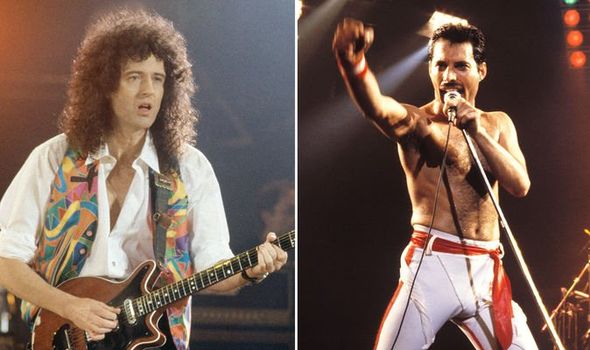 May posted a clip of the latter, writing: “A moment to take to my grave !!

“Axl Rose explodes on to our Wembley Stadium stage in 1992. Paying tribute to Freddie. —— Bri.”

The performance featured the same light show from Queen’s final set of concerts with Freddie and bassist John Deacon, 1986’s The Magic Tour. 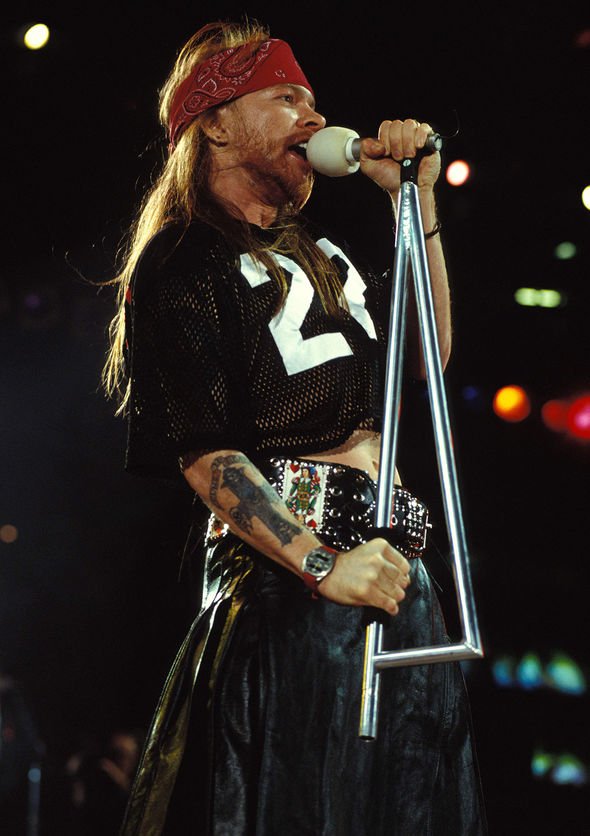 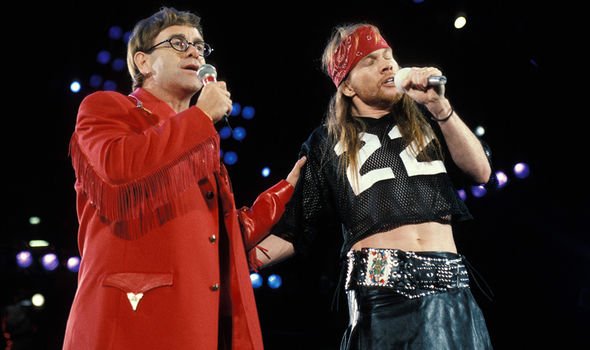 The light show featured during the opera section of Bohemian Rhapsody, while Freddie’s vocals played from the original 1970s studio recording.

During the clip, May swung his phone’s camera around a room in his home, saying “Oh boy!”

In another post, the Queen guitarist paid tribute to other late stars who performed at The Freddie Mercury Tribute Concert.

The 73-year-old wrote: “Dear George Michael, so young and full of life, David Bowie so suave and immortal-looking … and we three … lost in the haze of an emotional river filled with tears and joy at the same time.”

May continued: “But strangest of all – look at the audience – you guys – all of us – bathing in a sea of human proximity – touching, singing together, without the slightest shadow of a suspicion that one day this kind of amazing concert experience would no longer be possible.

“We all thought it was our birthright – a freedom to be enjoyed forever.

“Well, we shall see how the current war between Humanity and the Coronavirus goes in 2021. Will we have to learn to accept that we have to coexist ?”

Earlier this year, Express.co.uk spoke with Def Leppard singer Joe Elliott, who performed Tie Your Mother Down with Queen at the charity gig and the singer revealed he was the first to speak with May after Freddie died.

The Def Leppard guitarist died of alcohol poisoning just 11 months prior to Freddie at the age of 30-years-old, so the two rock stars were certainly in the right position to comfort each other.

On his meeting with Freddie, the 61-year-old recounted: “So I met Fred at Slane Castle just outside of Dublin in ’86 on the Magic Tour.” May had called up Freddie asked if he’d like to meet Joe which the Queen singer was more than happy to.

Elliott explained: “So I ended up in his caravan for half an hour talking about Van Halen of all things. It was a nice thirty minutes y’know.”