In October 2018, after four years on hiatus, the Melbourne band Wagons reunited for what was billed as a “one-off” show in their home town, at Americana music festival Out on the Weekend.

One-off? But surely with the band’s 20th anniversary coming up in 2019, this rowdy crew of outlaw country music mischief-makers couldn’t stop there? Of course not. 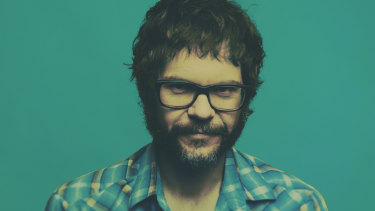 Henry Wagons returns with his band’s seventh album and a national tour.Credit:Wilk

In February 2019 came the anniversary shows in Sydney and Melbourne. And then came the announcement, to whoops from both audiences, that after five years, a new Wagons album was on its way.

It was a break from the band that helped the band to not break up, says Henry Wagons, the artist formerly known as Henry Krips, who legally adopted his band’s name as his own surname, cementing the band’s place in his life in perpetuity.

It’s a perfect time to tap into everyone’s creative expression at the moment.

Well, not really, though he has kept busy. Given Wagons’ propensity for evangelical fist-raising performance, and love of stringing together long, carefully crafted sentences, there were always going to be other fish for him to fry – or barbecue, as was also the case – while the band was off the road.

In 2014, Wagons hosted Keepers of the Flame, a Channel 10 show devoted to barbecued food. The following year, he began presenting Tower of Song, a weekly radio show on Double J dedicated to the art of songwriting. Then in 2016, he released his first full-length solo album, After What I Did Last Night … through ABC Music, ticking a Nashville recording session off his bucket list in the process.

However, it is Tower of Song, which Wagons has now presented for more than four years, that seems to have had the greatest impact on the band he started with high school friends back in 1999.

The show focuses on the art of songwriting. With Wagons having to explain what it is he likes about other people’s work on a weekly basis, it forced him to look more deeply at his own. 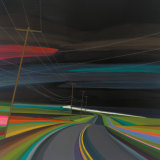 “I think being saturated in other people’s art has definitely widened my horizons, and made me realise I’ve been writing the same five songs for the past 20 years, or some kind of variation,” he says. “You know, I’ve got the minor key one, I’ve got the country banger, I’ve got the stomping barn dance, I’ve got the spooky TV theme, I’ve got the cult song. Being forced to articulate what I like about people’s songs has been like shock therapy to me, like, MY GOD, it’s sort of rewired my brain.

“And for better or worse, I have as a result reached out to some of those friends and songwriters who I admire, to write with and collaborate with over the past few years and that has sort of created new synaptic links in the old horse barn of my brain. So, this album is not only the re-formation of my band and some of my oldest collaborators, but it’s also me at my most collaborative.”

Wagons estimates he has written about half of Songs from the Aftermath with his band, most of whom have been in Wagons for the whole ride so far – Si "The Philanthropist" Francis, Mark "Tuckerbag" Dawson, Matthew "Softmoods" Hassett, Richard Blaze and John Guscott. 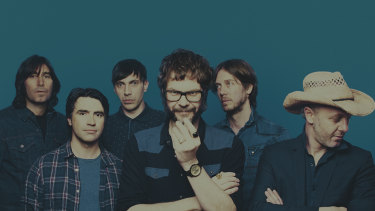 “Everyone’s in a good place, but also a lot more emotionally complicated place, of a different kind,” says Wagons, who is one of several members to have embraced parenthood in recent years. Parenthood has, in turn, given Wagons and his bandmates pause to contemplate more recent world events since their last album.

“It’s a perfect time to tap into everyone’s creative expression at the moment,” he says. “Because when you’re a dad, when you’re in a crazy job, when you’ve bought a house in the hills where the trees are falling on your roof every 30 seconds – in the case of my rhythm section – I feel Si on drums has had every single wave of pestilence come through his house that he’s had to deal with, and at the same time hold up a child or two and a completely gorgeous dog while wading through the bog.

“So it’s no surprise I wrote the song Cockroach with Si. That was an overarching theme of this record. How do we exist in this dystopia?”

As evidenced by that song title, Songs from the Aftermath is certainly Wagons at their darkest, but also most expansive, as they slip the grasp of their more country leanings. Hell, there’s even disco beats on there.

“We’ve got a Eurovision song on there! Burn With Me – it’s got a dash of '70s Demis Roussos about it, which is a guilty pleasure of mine,” enthuses Wagons. “I’m half-thinking, if there’s enough weight of popular opinion, of entering it in Eurovision next year.”

Other collaborators included Alex Gow (Oh Mercy) and the enigmatic Shags Chamberlain. Once a tambourine shaker with Melbourne band the Smallgoods, Chamberlain now lives and works as a producer and musician in Los Angeles after being convinced to relocate there by American musician Ariel Pink.

“When I pulled up at his house in Highland Park in LA I said ‘hey I’m here’ and he says ‘I’m in the shower, I’ll be out in a minute. See you on the porch’,” says Wagons. “So I sat on his porch and he came out in a robe, and before saying hello, proceeded to take me on a guided tour of all of his succulents.

“We then had avocado tostadas at his favourite restaurant, hung out and at a certain point in the day I thought ‘we’re not going to write a song today, we’re just catching up’, and I said to him ‘Shags, do you actually want to write something today, or are we just hanging out?’ and he said ‘I have allocated two hours for creativity’ and in those two hours we came up with the song Keep On Coming Back, which turned out to be the first single off the record. It was a funny day.”

While there is a darkness to the record – the closing track, Is This the End? opens with Wagons mournfully singing “I’m giving up on not giving in/I’m throwing the towel in” – the album’s title offers a glimmer of hope, suggesting that we will actually be around in the "aftermath" to write songs, and not designated to history’s dust.

“Well that’s it! Exactly. Thank you, Jo, I’m really glad that came across,” says Wagons brightly. “That’s exactly the overarching theme we wanted when we were writing for this record. We all know everything’s f—ed – for better or worse, you sometimes lose hope. Most of the time, thankfully, I’m trying to find the positives and trying to navigate through it.”

Songs from the Aftermath is out now through Caroline/Spunk.

Wagons play at the Croxton in Melbourne on September 6 and the Lansdowne Hotel in Sydney on September 13. For tickets and more information, go to wagonsmusic.com NBCUniversal’s Peacock Gets an Enthusiastic Reception From Wall Street
We and our partners use cookies on this site to improve our service, perform analytics, personalize advertising, measure advertising performance, and remember website preferences.Ok