Despite her impressive music and acting portfolio, Selena Gomez often makes headlines for her celebrity relationships. The most public surrounded her on-again, off-again romance with Justin Bieber. But she also dated The Weeknd (Abel Tesfaye).

A song from the Super Bowl headliner’s 2022 album Dawn FM sparked intrigue regarding its subject. So, did The Weeknd sing about Gomez in “Here We Go…Again,” or does he allude to someone else in the lyrics?

Gomez and The Weeknd first made headlines in 2017

The Weeknd and Gomez became one of the most talked-about celebrity couples in 2017 after news broke of their involvement. The pair were first spotted kissing and cuddling outside a restaurant in Santa Monica in early January 2017. This sent the internet into a frenzy, as most people weren’t aware that the pair even knew each other.

The exact timeline of when the Weeknd and Gomez met remains unclear, but they crossed paths in 2015 after headlining a Victoria’s Secret Fashion Show separately. In early 2017, Gomez further fueled the dating rumors by posting and quickly deleting a video of the “I Feel It Coming” singer complete with a heart-eyes emoji.

The pair dropped subtle hints about their relationship in the months following. Gomez posted a video containing shots from a concert of the singer’s concert in Amsterdam once, while The Weeknd posted a photo of the “Hands To Myself” artist kissing his cheek.

Another time, the paparazzi spotted Gomez wearing The Weeknd’s jean jacket and sweatshirt from his tour. They also became red carpet official at the 2017 Met Gala but called it quits in October 2017 after dating for 10 months. 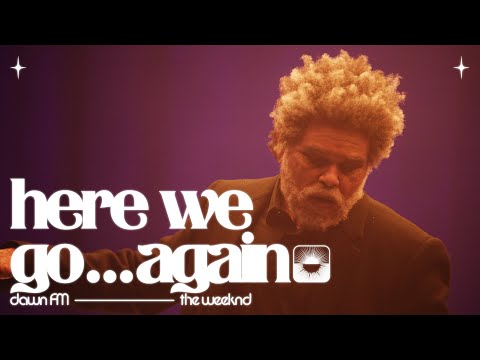 The Weeknd’s highly anticipated album, Dawn FM, dropped on January 6, 2022. In one song, “Here We Go…Again,” The Weeknd sings, “my new girl, she a movie star.”

Some fans speculated that The Weeknd referenced Gomez in the song given her acting career. Gomez gained stardom with the Disney Channel series Wizards of Waverly Place. After, she focused on music while trying to bolster her movie project. She starred in films such as Monte Carlo, Spring Breakers, A Rainy Day In New York, and The Dead Don’t Die. She later made her way into producing.

In recent years, Gomez returned to TV. She stars in a cooking show, Selena + Chef, and the mystery-comedy Hulu series, Only Murders In the Building.

But in “Here We Go…Again,” The Weeknd sings about a new love interest being a movie star while talking to a previous one. Given how long ago he and Gomez dated, it’s unlikely she’s who he’s referring to.

However, fans also speculated that The Weeknd took a jab at another famous ex: model Bella Hadid. Her boyfriend, Marc Kalman, is an art director. In the song, The Weeknd sings, “You ended up with someone so basic, faceless. Someone to take your pictures and frame it.” Hadid and The Weeknd dated on and off from 2015-2019, hence the song’s title.

Some fans think ‘Here We Go…Again’ is about Angelina Jolie

So who is he singing about? Angelina Jolie and The Weeknd first stirred the pot beginning in 2021. After having dinner together, suspicions began. However, sources claimed the meeting only involved discussions of humanitarian projects.

However, the dating rumors peaked again in September 2021 when The Weeknd and Jolie were photographed leaving Giorgio Baldi. Elle reports the possibility of a relationship between the celebrities, citing sources close to the two who claim that “things could turn romantic.”