The Welsh mezzo-soprano has shared how she found it more terrifying to perform for Her Majesty The Queen than a million people. Katherine Jenkins was recently a guest of Charlotte Hawkins’ Last, Past and Blast podcast when she revealed how nervous she was for a recent private Royal performance. The 40-year-old said: “I actually think that’s probably the most nerve-racking.”

Jenkins once sang on New Year’s Eve at the Brandenburg Gate in Berlin for a crowd of a million.

The classical singer said: “That was actually surprisingly less nerve-racking than singing in front of 12 people, which included The Queen in her front room at an event recently.

“It’s because when you can see everyone’s faces and everybody is just there, I find that more nerve-racking then when it’s just a sea of people.

“You feel a certain pressure that you really have to be at your absolute best.” 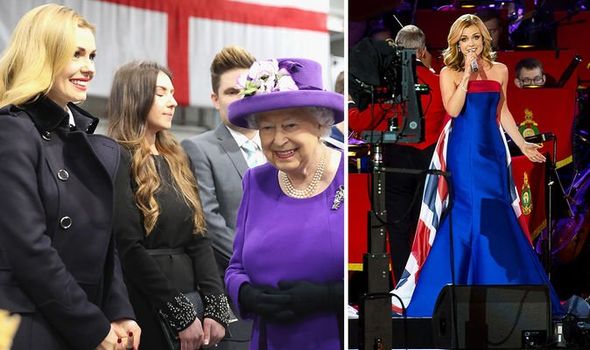 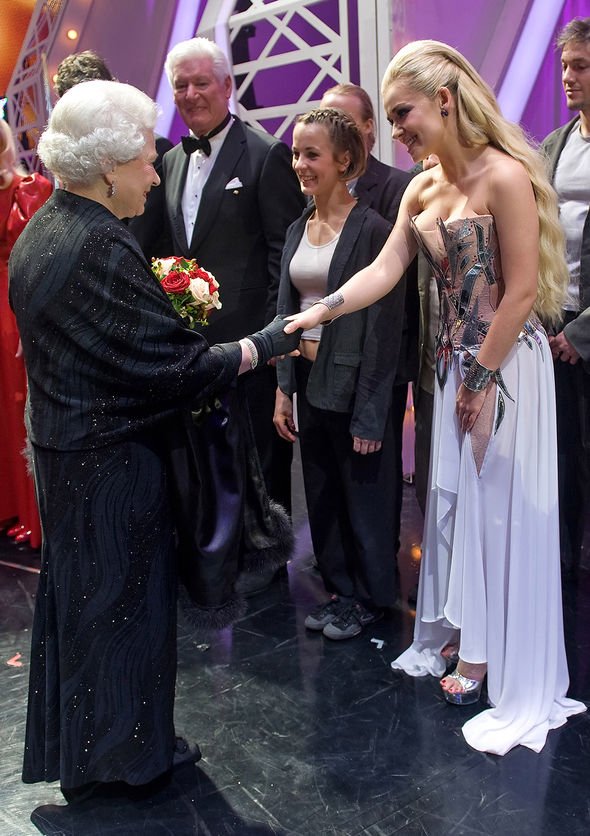 The royalist Jenkins added: “I’m a massive fan of Her Majesty so that always makes you feel very nervous.”

Due to the pandemic, Jenkins sang to an empty venue in aid of charity, which was streamed for the public via YouTube.

On the experience, she said: “I got to the end of the performance and I actually had to look up, because I suddenly was overwhelmed with emotion at the fact that, ‘Wow, this isn’t a soundcheck, these seats are empty for a reason’.” 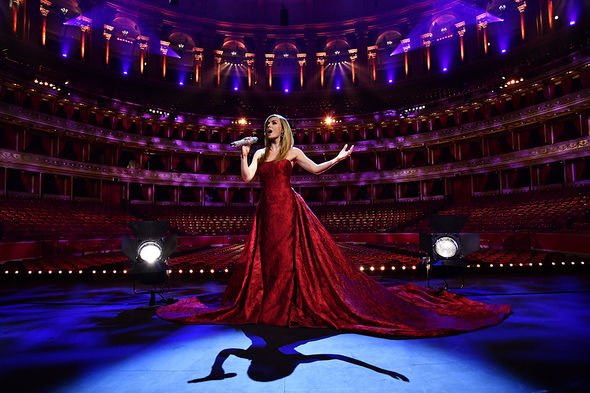 Jenkins continued: “And, you know, ‘Wow, what we are all going through here’ and, I sort of, I look up and try and style it out, that I’m actually taking in the Albert Hall, but it was trying not to cry.

“I’m just so thankful to have had that opportunity to do that…it’s my favourite venue in the world, so to get to do something like that was really, really special.

“And I think also, just kind of looking now into where we are with arts and the venues and how live music is struggling, I think it’s really important to keep supporting venues like that and shining a light on to the struggles that they’re facing as well.”

The mezza-soprano also highlighted the talented people she works with on her performances.

Jenkins said: “I work with so many talented people, who are not only, this is their job that pays the bills, but they’re also performers and they’re not getting the chance to be out there and do what they love doing.

“I worry about the sector of everybody that works in live music and how it’s affecting them financially and mentally and I hope things will change soon.”

The Queen referenced the lyrics in her address to the nation earlier this year, highlighting that World War II Blitz spirit to get the country through the pandemic.

Sadly, Dame Vera died at the age of 103 this summer.

But now her final album has been announced in Keep Smiling Through, which is released on November 6.

The new record features one of the World War II icon’s last ever recordings, plus previously unreleased and re-orchestrated versions of classic tunes.