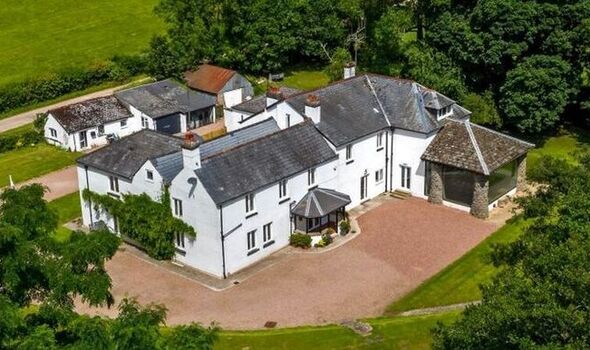 There is a telling moment in the Queen biopic when the band arrives at a quiet farm-cum-recording studio nestled in a rainy Welsh valley to make Bohemian Rhapsody. While it remains one of the best-selling singles in history, its beginnings were humble.

In reality, Queen had already made their third LP, Sheer Heart Attack, in the Wye Valley when they returned in 1975 to work on A Night At The Opera, which features Bohemian Rhapsody.

But the message is clear: Rockfield Studios might be the legendary birthplace of some of the biggest albums made but it remains the least likely home of rock’n’roll, ever.

Indeed, the list of acts who have partied, played and occasionally made career-defining albums against the picturesque backdrop of the Monmouthshire Mountains is endless: Black Sabbath, Oasis, Motorhead, The Stone Roses, Simple Minds, Coldplay and The Charlatans to name a few.

So what is it about this studio that has captured the imagination of so many bands?

And more importantly, how could a small Welsh farm compete against far more glamorous venues like Abbey Road in London, The Record Plant in Los Angeles, or The Hit Factory in New York?

Rockfield has locked horns with all these giants of the recording industry and more than held its own, winning itself a major place in music history in the process.

Owner Kingsley Ward, who bought the farm in the 1950s with his brother Charles, started the Charles Kingsley Combo in the 1960s. The band might have faltered, but they were the spark that lit the flame of Rockfield.

“We used to go to London to record, but it was very time consuming,” recalls Kingsley. “We thought we’d be better off making our own records at home. We began by putting a studio in the loft and it expanded from there.”

Later, they added the Quadrangle and the Coach House studios, building them from redundant farm buildings. In 1965, Rockfield became the world’s first residential studio, set up so bands could come and stay.

Session guitarist Ray Martinez recalls: “It really was a working farm. Both Kingsley and Charles would be hard at work doing the milking and whatever else was needed, while also running the studio. Occasionally, they’d get us to help round up the cows and do the odd bit of haymaking.”

It was Queen and their song Bohemian Rhapsody that gave the studio its lift-off. In the summer of 1975, Freddie Mercury was sitting at the piano idly gazing at a weather vane turning in the wind outside. As he watched, the words “Any way the wind blows” popped into his mind. He’d found the final line to the song that would catapult Queen to greatness. Producer Roy Thomas Baker recalls: “It took us three weeks to record that song on a 16 track tape machine.

“We used 180 overdubs, which was almost a disaster. We saw the tape had started wearing out as the overdubs had made it worryingly thin. When we held the master tape up to the light, it was virtually transparent. So we urgently made a copy before the song was lost forever.”

Joan Armatrading recorded her second album, Back To The Night, in 1975 while the step-daughter of Johnny Cash, Carlene Carter, revelled in the rural life while making 1983’s C’est C Bon.

Later Rockfield proved perfect for Robert Plant to reinvent himself when Led Zeppelin ended with the death of drummer John Bonham in 1980. He recorded his first solo album in Monmouth, enthusing: “Rockfield was a turning point personally and professionally. At the age of 32, when your career is finished, anything that came after was a bonus. After all that wild stuff in Zeppelin, this place was a dream.”

In the 1990s, laptop technology meant bands could make their records at home so the need for complex – expensive – recording venues declined and many closed. With the Rockfield company facing financial difficulties, the Ward brothers decided to split the farm, with Kingsley keeping Rockfield and Charles refurbishing an Old Mill House rehearsal space which became Monnow Valley Studio.

Rockfield’s saving grace in the 90s came when Kingsley was approached by John Leckie who wanted to record The Stone Roses. The band spent 14 months working on their first and second albums, saving the studio financially.

During a 12-month period in 1996-97 at the height of Britpop, Rockfield saw five UK Number One albums, by Oasis, Black Grape, The Boo Radleys, The Charlatans and Ash.

Sir Tom Jones recorded his 41st studio album, Surrounded By Time, in 2021 at Monnow Valley. It went to number one, making Sir Tom at 80 the oldest male artist to earn the top album slot. Current Monnow Valley owner Jo Riou recalled: “He was absolutely charming to everyone. He had a chat, and did a selfie, with the plumber who came to fix our boiler.”

Jo recalls amusing times with violinist Nigel Kennedy who was sitting on the sofa when the cat brought in a squirrel. “It made a run for it. Right over the top of Nigel. He was extremely bemused by the whole thing.”