Currently on a hot streak with the release of their album Carolina Confessions and an opening slot on Chris Stapleton’s All-American Road Show Tour, the Marcus King Band have announced their own headlining winter tour. The guitar phenom and his eclectic group will launch the El Dorado Tour on October 31st in Kansas City, Missouri, and proceed to wind their way across the Midwest and Northeast, ending up in New York City for a December 21st show at the Beacon Theatre.

The 23-year-old King, a native of Greenville, South Carolina, has been on the road nonstop since the release of Carolina Confessions last October. Recently settling in Nashville, he made his Grand Ole Opry debut last week, singing with Maggie Rose, and is set to play a number of shows on Thursday as part of the 2019 AmericanaFest: the Easy Eye Sound Get Down at Little Harpeth Brewing, at Musician’s Corner in Centennial Park, and aboard the Luck Showboat on the Cumberland River. 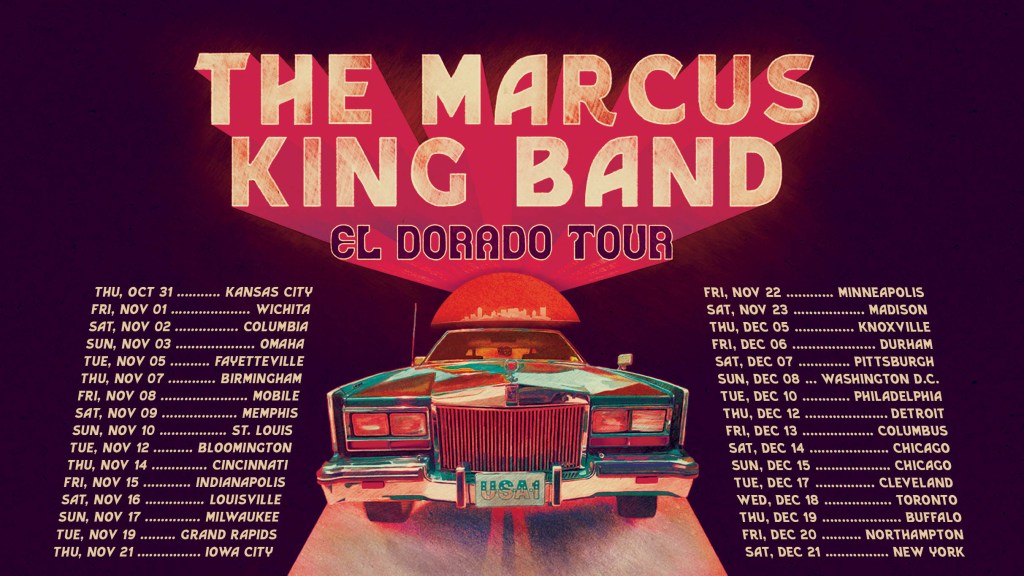