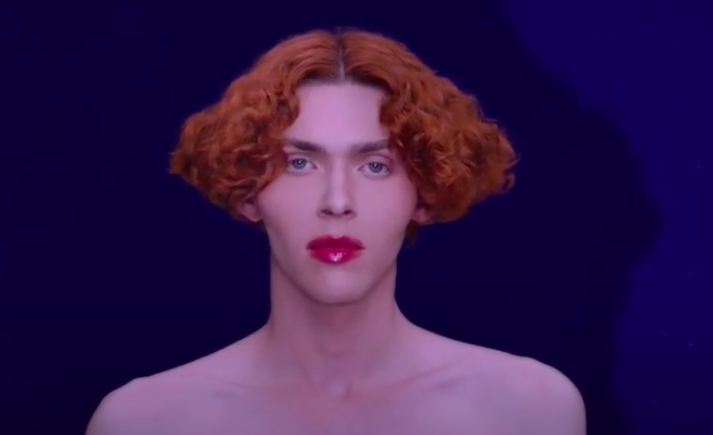 The Grammy-nominated artist, also known as Sophie Xeon, was known for her hyperkinetic take on pop music, and earned legions of fans for her sophisticated and surreal style that played with structure and gender expression.

The BIPP star was received critical acclaim for her production work with artists including Madonna and Charli XCX.

A statement from her team read: ‘It is with profound sadness that I have to inform you that musician and producer SOPHIE passed away this morning around 4am in Athens, where the artist had been living, following a sudden accident. At this time respect and privacy for the family is our priority. We would also ask for respect for her fanbase, and to treat the private nature of this news with sensitivity.

‘SOPHIE was a pioneer of a new sound, one of the most influential artists in the last decade. Not only for ingenious production and creativity but also for the message and visibility that was achieved. An icon of liberation.’

The news was first confirmed by her friends on social media, with artist BabyNymph sharing pictures of SOPHIE and writing: ‘Forever grateful that I got to be your friend. Forever fraeteful for everything u did for me. I love u angel. U were truly from another planet. Our souls will meet again. You know we f***ing love u.’

Ciaran Moore added: ‘A BFF, a superstar, a genius mind to work with. I love you Sophie.’

Christine and The Queens remembered SOPHIE’s musical talent, tweeting: ‘Sophie was a stellar producer, a visionary, a reference. She rebelled against the narrow, normative society by being an absolute triumph, both as an artist and as a woman.

‘I can’t believe she is gone. We need to honor and respect her memory and legacy. Cherish the pioneers.’

Speaking to Paper about being a trans woman, SOPHIE said in 2018: ‘It means there’s no longer an expectation based on the body you were born into, or how your life should play out and how it should end. Traditional family models and structures of control disappear.

‘Transness is taking control to bring your body more in line with your soul and spirit so the two aren’t fighting against each other and struggling to survive. On this earth, it’s that you can get closer to how you feel your true essence is without the societal pressures of having to fulfil certain traditional roles based on gender.’

Born in Glasgow, SOPHIE began DJ-ing as a teenager and released her debut single Nothing More To Say in 2013.

Her next single Lemonade/Hard was met with critical acclaim, while Lemonade went mainstream after appearing in an advert for McDonalds.

She made her solo comeback in 2017 with It’s Okay To Cry, which marked the first time she used her unobscured image and voice on a track. After the song’s release, SOPHIE opened up about being a transgender woman.

In 2018, she released her debut and only album Oil of Every Pearl’s Un-insides, which was nominated for best dance/electronic album at the Grammys – making SOPHIE one of the first openly transgender women to be nominated for a Grammy.