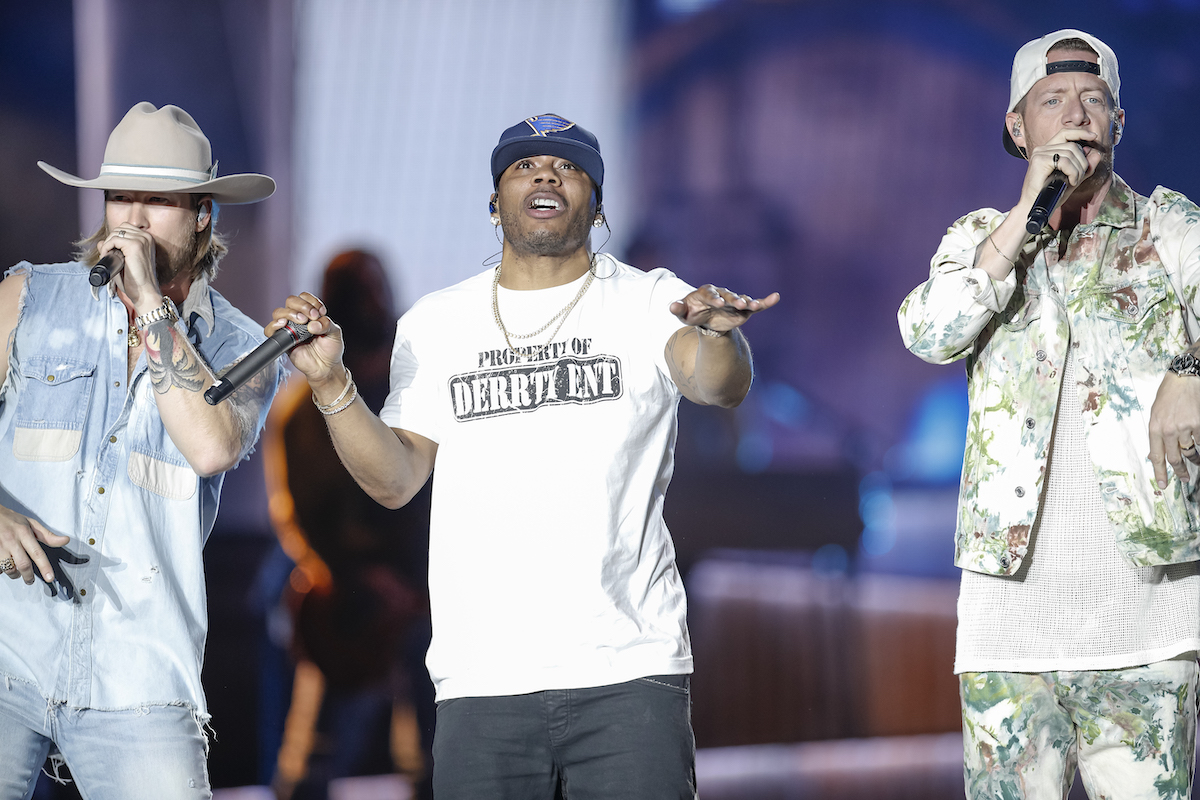 Nelly and Florida Georgia Line’s new hit single, ‘Lil Bit’ spent seven weeks on the Billboard charts, peaking at the number one spot. “I’ve worked with Florida Georgia Line and obviously we did ‘Cruise’ together,” Nelly told Showbiz Cheat Sheet. “We formed a little bit more than what I would call a friendship, more of a family-type bond.”

“[I] truly love the guys, the great guys,” he continued. “We’ve been able to do other things together, a couple of tours and things like that. And this was a situation where I had this idea for this project for a long time now, and I was able to kind of put it together the past year.”

Nelly discussed his love of country music and how he sees country and hip hop coming from a similar place.

“I think music speaks to the soul,” he said. “I mean, hip-hop is something that I grew up [with] and that I love. And it’s the life that I lead, so to speak. And that is what Nelly does. But it doesn’t mean that I think it’s any more or less music of anything else that thrives the world. Country music is one that I think definitely I love the stories behind it.”

“I love the honesty in it,” he said of country music. “If you look over the history of music, you see that R&B and country, they’re very similar in what they do outside of obviously the musical component as far as the instruments and the beat.”

“But the lyrics can transcend from one type of genre music to the other,” he observed. “So you have different songwriters such as Lionel Richie, who’s been able to do both sides and write great music for everybody. Obviously, me getting the chance to do the first [single] with Tim McGraw with ‘Over and Over’ back in 2004, which was really huge. I feel fortunate enough for that. And this is something that I’ve just been trying to expand on for some time now.”

Are Florida Georgia Line breaking up?

Rumors swirled that Florida Georgia Line were parting ways as their fifth album was released. “We’ve always been a package deal which has been amazing,” Tyler Hubbard shared in an interview on Twitter. “Just to clarify, FGL is not breaking up so anyone who says that, from the mouth of Tyler and BK. We’re not breaking up, we’re just venturing out.”

“With ‘New Truck,’ we were like, ‘Man, this feels good. I just want to ride around in my truck, listen to this and have a song to jam to.’ When any of our buddies get a new truck now, we can send it to them and say, ‘Yo, bump this in the truck,’” Hubbard remarked.

“It feels really different and fresh,” bandmate, Brian Kelley said. “It’s got a fun innocence about it, too.”