If you were looking for a Beatle who respected the British royal family and could be counted on to say the right thing at the right time, John Lennon wasn’t your guy. Over the years, John made it clear he wasn’t gunning for a knighthood, starting with the return of his MBE to Queen Elizabeth in 1969.

But even in the pre-Beatlemania days, John wanted to get a few shots in when the Fab Four played the Royal Variety Show of 1963. “I cracked a joke on stage,” he said in Anthology. “I was fantastically nervous, but I wanted to say something to rebel a bit, and that was the best I could do.”

Before diving into “Twist and Shout,” John calmly approached the microphone and requested some help from the audience. “Would the people in the cheapest seats clap your hands,” he said. “And the rest of you, if you’d just rattle your jewelry.”

While the Queen Mother and the rest of the audience took John’s crack well enough, it took some guts on the part of the most irreverent member of The Beatles. According to a longtime Beatles engineer, John made his joke on a dare by Paul McCartney. 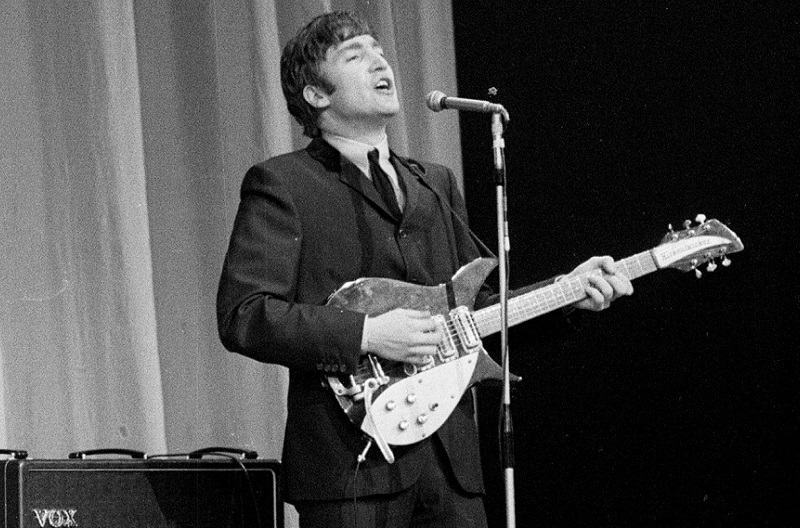 Beatles fans often turn to Here, There and Everywhere (2006) by Geoff Emerick for a look behind the scenes at the band at work on their famous records. But Emerick gave fans much more that. For instance, Emerick had an ear for gossip, and he included plenty of it in his best-selling book.

A good example comes in Emerick’s account of the sessions that produced “I Want to Hold Your Hand” and “This Boy” in October ’63. That day, while at work on these tracks, The Beatles learned they would play the upcoming benefit show for the royal family.

According to Emerick, the band was very excited to play variety the show, as it was a clear sign they’d made it. And he recalled John plotting to tell a joke to shake up the party as soon as they booked the gig.

While adjusting a microphone, Emerick said he heard John work on his line about rattling jewelry. “Paul’s reply was a taunting ‘I dare ya!’” Emerick wrote. When John indeed told his joke in front of the Queen Mother weeks later, Emerick wasn’t surprised. 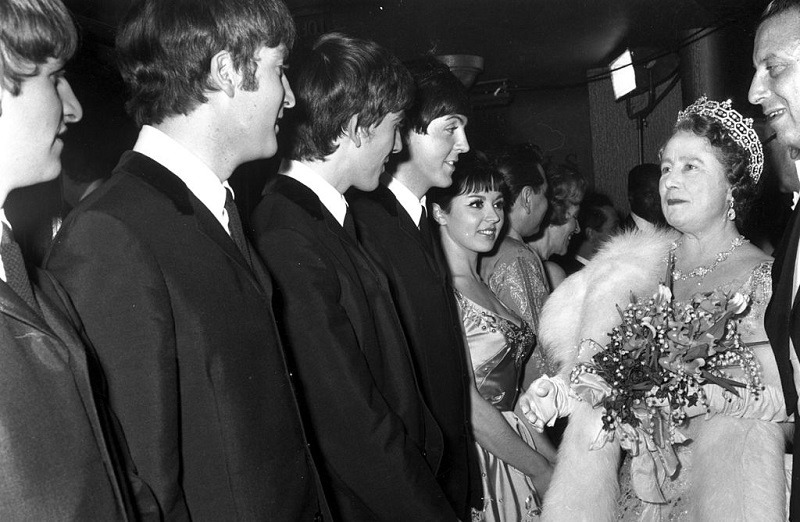 While Emerick caught that snippet of conversation between John and Paul, his sources said John threatened to take his joke further. Or maybe he just wanted to needle Beatles manager Brian Epstein on the day of the show.

“I heard afterward that Lennon kept winding Brian up backstage,” Emerick wrote. “Telling him that he was going to tell the audience to rattle their f*cking jewelry. Needless to say, Brian was absolutely terrified, pleading with John not to utter that word.”

In the end, John played it safe. George Harrison remembered thinking John had planned his joke well in advance. “I think he’d spent a bit of time thinking of what he could say,” George said in Anthology. “I don’t think it was spontaneous.”

That corroborates Emerick’s story on some levels. (Some have questioned the engineer’s recollections.) But either way Emerick’s take on John and Paul sounds about right. He described John as “the bad boy, the rebel” and Paul as “the instigator,” though someone who’d never dream of telling that joke. Apropos of nothing, Paul McCartney was knighted in 1997.

Also see: Why Pink Floyd Didn’t Use Paul McCartney’s Contribution to ‘Dark Side of the Moon’