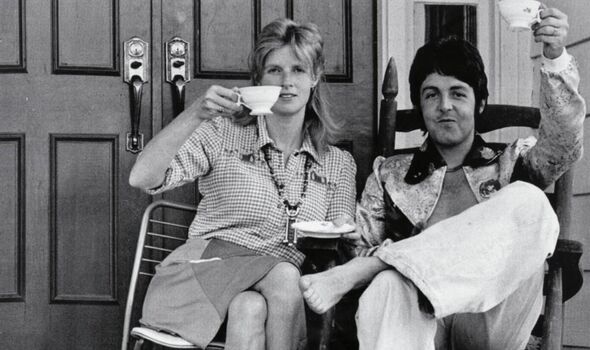 The Beatles legend was handed a sand bucket after his dalmatian Lucky made a mess in the hallway, a new book has revealed. Sir Paul was touring with his band Wings when things got messy.

Drummer Denny Seiwell recalled a night in York in the Seventies where Sir Paul was ordered by a hotel worker to get cleaning. During an interview for The McCartney Legacy, Denny said: “In York, there was a night desk clerk by the name of Cyril.

“We were all hanging out in this ­little room, and he comes up with a sand bucket, like a kid’s sand pail.

Sir Paul has form when it comes to his animals behaving inappropriately.

He revealed last week how his pet pony Jet once pooped on the famous Abbey Road zebra crossing.

The 80-year-old said that daughter Mary, now 53, had bugged him to let her take Jet on a walk to Abbey Road Studios, just down the road from ­ the McCartney family home in St John’s Wood.

During the trip to the studios in 1977, the pony made a mess on the famous crossing, used on the front of the Beatles album Abbey Road.

Sir Paul said: “We lived close by and we had this little pony called Jet. We were coming over to do something and Mary brought Jet.

“He ‘did’ the zebra crossing. I think he disgraced himself on it.”

The McCartney Legacy also claims Sir Paul allowed the touring costs for Wings to spiral out of control.

The book describes how he was “presented with a jaw-dropping bill for the first four days of tour expenses”. It reveals: “The group’s spending was wildly out of control.

“The band’s concert fee, plus merchandise revenue, barely covered their hotel and travel costs, particularly when they were all bedding down in lavish hotels.”

Wings was formed in 1971 by Sir Paul after the Beatles had sensationally split up.