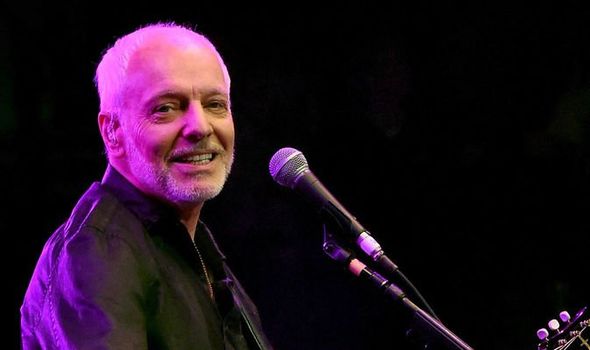 Catastrophic lows include a near-fatal car crash and being fleeced for millions by a former manager with Mafia links. Rock legend Peter, 70, was just thirteen when he became part of his first supergroup – playing guitar with David Bowie (then still Dave Jones) and George Underwood at Bromley Tech in south London. “My dad was head of the art department and he let us bring our guitars to school and practice in our dinner hour,” the affable guitar star recalls.

“The art block was on two levels. It had stone steps and the sound was lovely, it had a beautiful echo – perfect for vocals and guitar. We’d sit on the stairwell and play Buddy Holly, Eddie Cochran, The Shadows, Elvis…”

George – who designed the covers of Bowie’s Stardust and Aladdin Sane albums – was the first of the three to be signed up and appear on TV.

At 13, Frampton was already a seasoned performer. “A lot of things happened when I was very young,” he tells me. “I was playing in the Little Ravens when I was 12, and The Trubeats around the same time. They were a Shadows type band with a few vocals.”

He joined jazz combo The Preachers at 14 and the gigs actually paid. “My parents were worried but they agreed – as long as I only did Friday and Saturday nights.” 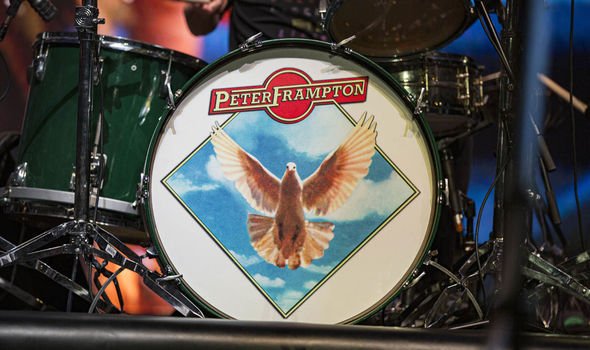 A prodigious talent, Pete’s technique combined blues with the jazz of guitar masters like Django Reinhardt.

At 16 he was poached by The Herd, one of the leading exponents of late Mod pop psychedelia. “They’d asked me to join as rhythm guitarist for the summer holidays,” he says. “But six weeks later, I asked my parents to let me go pro and leave school.

“I saw steam coming out of my dad’s ears, but mum winked and said ‘Leave it to me’.

“Before the hits we were playing Motown, Otis Redding, jazz, blues. Then we became poppier. We had a Marquee Club residency. It was an eye-opener.”

Pete was rapidly promoted to The Herd’s lead guitarist and vocalist, singing their first hit From The Underworld. Bowie later told him, “I looked on Top Of The Pops and there were The Herd. And I went, ‘It’s Peter! He should be in school!’”

He sighs. “That was the beginning of the end for the Herd. There was resentment within the band. I felt guilty. Our producers pushed me to sing. My preferred position was lead guitar behind the singer…”

Peter found himself in a less desirable position when they toured with The Who. “At one theatre, Keith Moon stuck his head out of the dressing room window and the girls outside started screaming. He said to me ‘Here Pete, shove your head out’. The next thing I knew I was dangling out the fourth-floor window.

“Keith had one leg and John Entwistle had the other. There I was full dangle.”

They also tied him to a radiator. Pete calls it high-jinks not bullying.

Years later he was with The Who at a five-star hotel in the States when Moon, irritated by a supercilious receptionist, drove a car through the hotel’s glass entrance and into the lobby. “He smashed into the front desk and demanded his room key…” 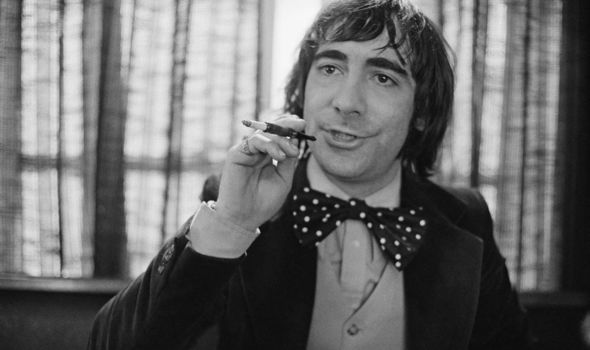 After The Herd split, Stevie Marriott asked Frampton to join the Small Faces but the other band members blocked it. Marriott quit shortly after and asked to join Pete’s new band instead; the next day Ronnie Lane asked Frampton to replace Marriott… “Surreal. We could have all been in the same band.”

“I’d wanted to work with Steve ever since I saw him on Ready Steady Go,” says Pete. “We were so different it worked. He had so much soul, so much talent…but he could be difficult.

“And although we were as close as brothers and we also fought like brothers. We started seeing things differently.”

The band relocated to the US “because we didn’t want to be screamed at, in America we were just accepted for the music.” They set off on gruelling tours playing more than 200 shows a year, but Pete found Humble Pie’s straightforward blues rock unambitious. 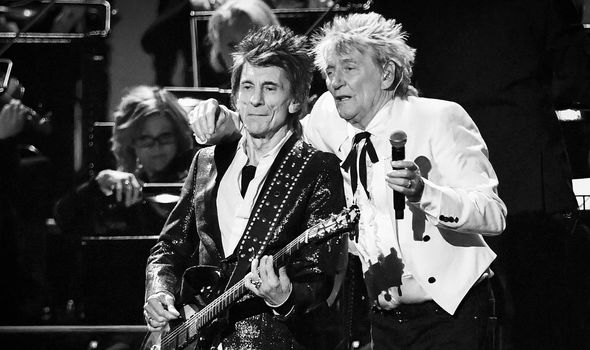 He quit in 1971 just as their fifth album, Rocking The Fillmore, shot up the charts.

“Leaving was a musical decision but also I wanted to be in control. We weren’t getting on so well. We’d reached the point where there were two leaders in the band, except he could shout louder.”

“It just exploded. After two months it was number one. A couple of months later, my manager phoned and said ‘Are you sitting down? You’ve just become the biggest-selling record of all time’. That’s when I got scared…”

The album notched up eight million sales in the US alone, and topped 18million worldwide. It was six years before Michael Jackson’s Thriller surpassed it.

“Where do you go from there? The record company and management wanted a new album quickly. But that was six years’ worth of material – you can’t follow that in three months.”

Hits like Show Me The Way and Baby, I Love Your Way radically changed his audience. 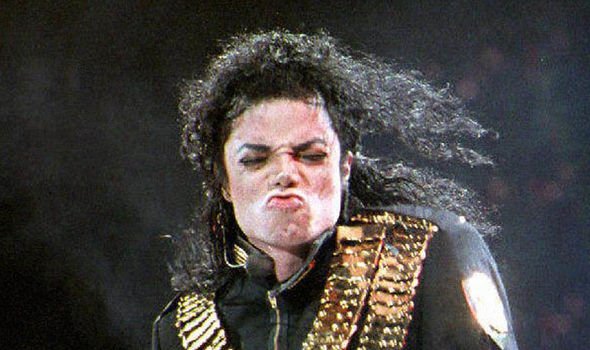 Suddenly it was all-female at the front and “p***ed off guys jeering at me at the back”.

Against his better judgement, Pete was rushed into the 1977 studio album I’m In You – a hit, but sales fell well short of Comes Alive.

What followed might be called Frampton Comes Unstuck. A car crash in the Bahamas in ’78 left him with a broken arm and muscle damage.

He squandered fortunes on standard seventies vices – including co-owning US football team The Philadelphia Furies with Rick Wakeman, Mick Jagger and Paul Simon. Worse, “a lot of money never found its way to me,” he says. “We’re talking millions.”

In his book, Frampton writes that his former manager, the late Dee Anthony – an associate of New York mobster Joey Pagano – robbed him of the equivalent of $31million in today’s money. “He spent more of my money than I did.” 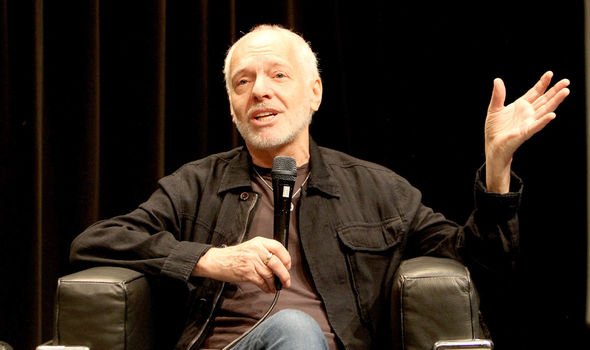 Pete’s career was on the skids until 1987 when old pal Bowie invited him on his Glass Spider world tour.

Re-energised, Peter recorded 1989’s When The Pieces Fit and has continued working, releasing a further seven solo albums ending with 2018’s All Blues.

Last year, he revealed he had degenerative muscle disease and announced his farewell tour. Yet three-times divorced Pete remains upbeat. His first grandchild Elle was born in April.

“I’m not grampa, I’m Frampa,” he beams. “And I still play every day. I’ve had a crazy life. I’ve been to the moon and back without a rocket.”