After months of speculation, Taylor Swift finally announced which of her album re-recordings she’ll be dropping next — and it definitely wasn’t what fans were expecting!

Along with an emotional note, Swift announced that “Red” will be her next re-recorded album and is set to drop in November 2021. As many fans know, Swift’s journey to re-recording her albums has been a long and often dramatic one. When the singer first made waves in the music scene with her debut “Taylor Swift,” she was signed on with Big Machine Records, meaning that she ultimately didn’t own the masters of her albums. She stayed on with this label for several albums, and then in a surprising turn of events, Big Machine was bought out by Ithaca Holdings, which is owned by Scooter Braun (per Rolling Stone).

So, where does the drama come in? Well, Swift has publicly called out Braun for bullying her and even penned an emotional note when she discovered that Braun had bought Big Machine Records, thus taking ownership of the masters to her albums. “This was my worst-case scenario,” Swift wrote in response to Braun’s ownership of her masters. To reclaim ownership of her music from Braun, Swift has been re-recording her albums, and “Red” is set to be her second re-recording to drop. Notably, however, Swift’s decision to announce the album on June 18 also subtly trolls Braun — keep reading to learn why! 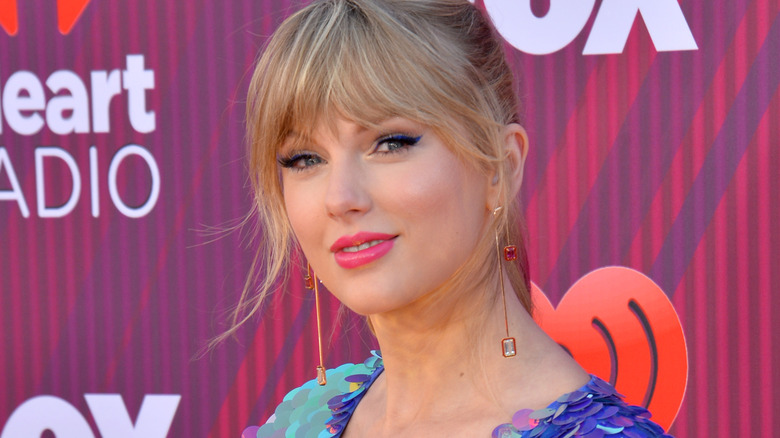 On June 18, 2021, Taylor Swift announced that “Red” will be the next re-recorded album to drop. Notably, June 18 is also Scooter Braun’s birthday, making Swift’s announcement a subtle jab at Braun, whom Swift has a contentious history with.

Now, you may be thinking the timing is a pure coincidence, but as fans of Swift know all too well, the singer is meticulous when it comes to details and Easter eggs. Braun is one of the biggest reasons why Swift is re-recording her albums in the first place, so there’s no doubt that she found at least a little pleasure in her announcement timing.

Of course, fans are thrilled about Swift’s trolling. “Taylor Swift announcing #redtaylorsversion on Scooter Braun’s birthday and 22 weeks before the release date is evil genius perfection,” one fan tweeted. “Taylor Swift telling us about an album five months away just so she can ruin Scooter Braun’s birthday,” another fan joked in a tweet. “Taylor swift said happy birthday to scooter braun by announcing red (taylor’s version),” another quipped. If there’s one thing for sure, Swift is the queen of subtle digs and always leaves fans with something to talk about!