Gerry Marsden died on Sunday, January 3 at the age of 78-years-old after being diagnosed with a blood infection in his heart. The Liverpool FC anthem singer was also the leader of Merseybeat band Gerry and the Pacemakers who were managed by Brian Epstein and recorded by George Martin just like The Beatles. Now Sir Paul McCartney and Sir Ringo Starr have paid tribute to Marsden on Instagram, who Macca says was the Fab Four’s first big rival in the early days.

The two bands and American singer are pictured in what looks like a dressing room.

The 78-year-old Beatle wrote: “Gerry was a mate from our early days in Liverpool. He and his group were our biggest rivals on the local scene.

“His unforgettable performances of You’ll Never Walk Alone and Ferry Cross the Mersey remain in many people’s hearts as reminders of a joyful time in British music. My sympathies go to his wife Pauline and family. See ya, Gerry. I’ll always remember you with a smile. – Paul.” 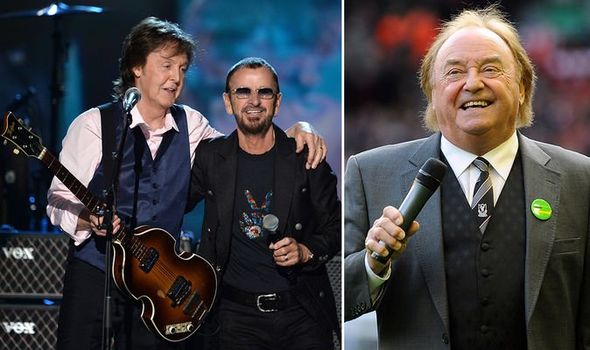 Sir Ringo also posted a snap of the bands jumping off a wall together.

The 80-year-old drummer wrote: “God bless Gerry Marsden peace and love to all his family.”

Gerry and the Pacemakers were the first act to reach No 1 in the UK Singles Chart with their first three single releases.

These were How Do You Do It?, I Like It and You’ll Never Walk Alone; a record that was not matched for 20 years. 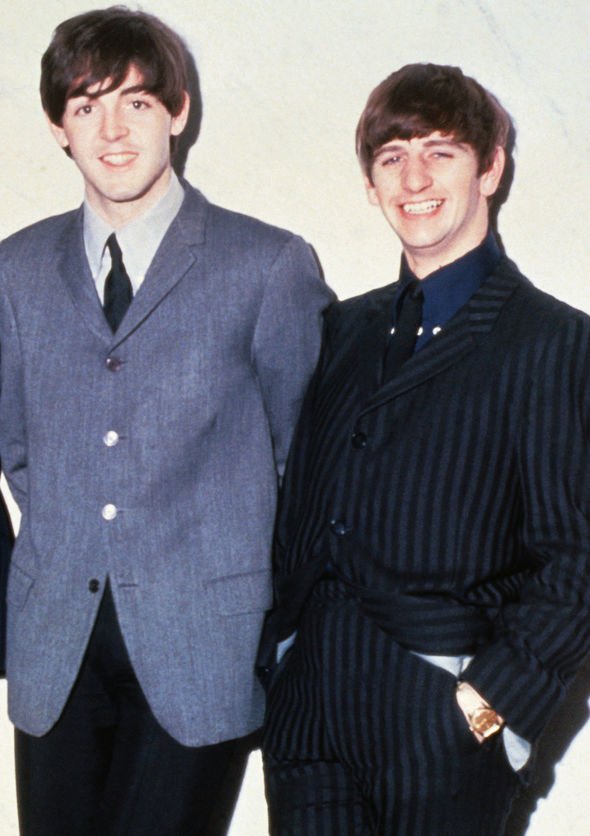 In 2020, Sir Paul has released a new solo album in McCartney III, in which he plays all the instruments and sings all the vocals alone.

This tradition follows on from his first two solo albums in McCartney (1970) and McCartney II (1980).

The two surviving members of The Beatles still have the occasional reunion, most recently at Sir Paul’s solo tour finale held at Dodger Stadium in LA where they performed Helter Skelter together some 18 months ago.

Commenting on McCartney III, Sir Ringo told Rolling Stone: “He does [have a new record out], yeah — he’s playing everything.

“This is Phase Three for him or Series Three, and it only took him 50 years. I got up with him at Dodger Stadium here.

“We’re good pals. If he’s in town, he comes, and if I’m making a record, I usually keep a track for him.”

The 80-year-old went on to praise Sir Paul’s bass playing, saying how he’s “the most brilliant bass player in my life.”

Sir Ringo added: “There’s a lot of really good players out there, but I don’t know any that are as melodic as him, and he understands it right away.

“When we were in the band together, we did have to have a few little talks, like the bass player and drummer, so we wouldn’t step on each other. But if we stepped on each other twice, that was a lot.”

This August, The Beatles: Get Back is released in cinemas featuring tons of unseen footage from the Let It Be sessions.