If you were a teenager in the 1990s, Alanis Morissette wrote the soundtrack to your life. Her 1995 album, “Jagged Little Pill,” spawned a generation of ennui-filled, proto-feminist rage directed at boys, the Catholic Church, and — somehow — Joey Gladstone from “Full House.”

Yes, in the days before social media and smartphones, riot-rocker grrls (as we spelled it back then) had to rely on industry gossip and speculation, echoed in hushed whispers about what we read in the latest fanzine, to give us confirmation bias about our speculations. While it was never made clear who first started the rumor that “You Oughta Know” — the mega-smash hit that talked about the other woman “going down” on her beloved ex in a movie theater (hey, this was pre-COVID times, and movie theaters were a thing) — was about Dave Coulier (the aforementioned “Joey”), it somehow was always “known” that the leader of the riot-rocker grrls got her heart broken by the lovable goofball. And no one could even figure out how … or why. (Joey, though? Really?)

For years, Morissette played it cagey. But recently, she spilled the beans. What really went on between Alanis Morissette and Dave Coulier?

Alanis Morissette says she'll never tell, but Dave Coulier insists it's about him 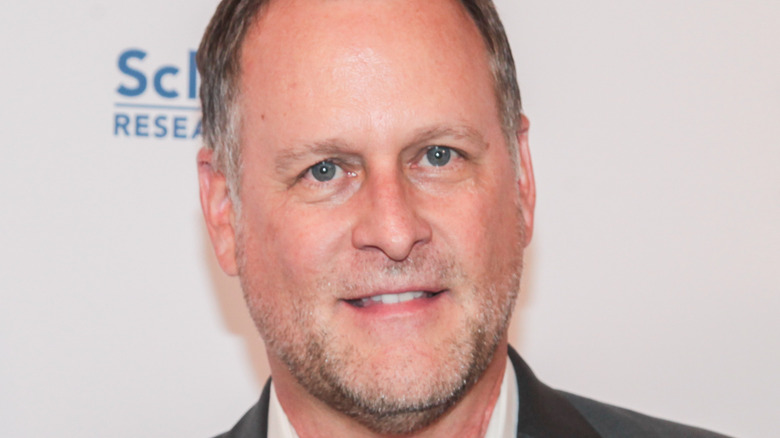 In 2019, Alanis Morissette did confirm that she dated Dave Coulier back in the early 1990s. But for purposes of reference, there’s a 15-year age gap between the two — which means that Morissette was either 17 or 18 when she dated the then-33 year-old actor. And while it may have been legal, it’s still definitely … strange, let’s just say.

In any event, Morissette also confirmed on “Watch What Happens Live” (via E! News) that she’ll never fully reveal who the song is about. “No revealing,” she said, “but I am intrigued at the thought—or at the fact—that more than one person has taken credit for it. I’m thinking, I don’t know if you want to take credit for being the person I wrote ‘You Oughta Know’ about.”

Dave Coulier, however, insists the song is about him to this day. “We had already broken up. She called and I said, ‘Hey, you know, I’m right in the middle of dinner. Can I just call you right back?'” he said on HuffPost Live (via The Daily Mail). (“Did you forget about me, Mr. Duplicity / I hate to bug you in the middle of dinner / It was a slap in the face, how quickly I was replaced / and are you thinking of me…” and you know the rest!) “When I heard the line, it was like, uh-oh.”