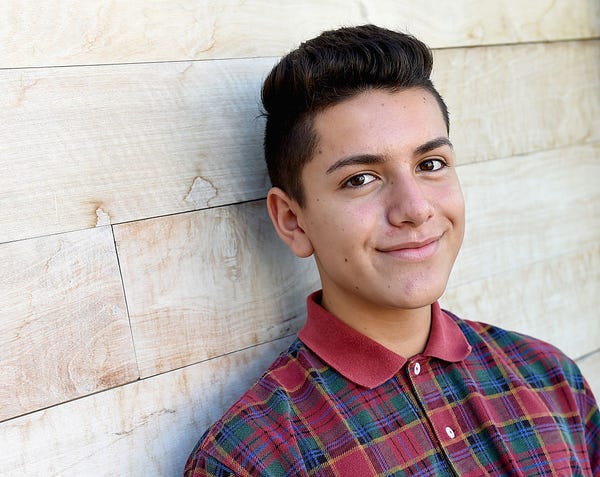 After fans expressed concern over Anthony Quintal seemingly abrupt shift towards a celibate Christian lifestyle, the 21-year-old YouTuber said in a new video that his beliefs are not anti-gay, and that he's abandoning his gay lifestyle to pursue God, but not out of homophobia.

"I apologize for the hurt I caused with my videos regarding my celibacy, regarding my sobriety, regarding being saved by Lord Jesus Christ," said Quintal, better known by his username Lohanthony. "I hope you can forgive me if my words offended you in any way."

As a teen, Quintal was a beloved openly gay YouTuber known for his pop culture commentary, liberal politics, and for inspiring young LGBTQ fans worldwide, gaining over 1.3 million subscribers at his peak.

Now, Quintal has surprised those followers with a very public shift in his branding. In one August 21 YouTube video, Quintal said that he would no longer have relationships with men. Quintal had previously come out as gay in a YouTube video that has since been made private on his channel.

"It's incredibly dangerous and it's so upsetting," said Shurka, who is himself a survivor of a conversion therapy program. "That scares me, because a lot of teenagers to 20-something-year-olds are definitely watching him."

In his new video, Quintal said he did not mean to condemn gay relationships. "I support abandoning consuming lusts, both homosexual and heterosexual alike. No person is safe from lusting over whoever we're attracted to, both single or in marriage," he said.

“I set My rainbow in the cloud, and it shall be for the sign of the covenant between Me and the earth.” ‭‭Genesis‬ ‭9:13‬ ‭NKJV‬‬ ☆ above is one of the verses shared in my testimony to Christ … i shared my call to celibacy and sobriety well aware the majority would not understand. i shared my story with the hope that even just *one* person feeling stuck, hopeless, empty and unfulfilled by earthly pleasures could hear how Jesus fills and how His love overflows. Jesus is one name but He uplifts our lives in a multitude of ways. He helped me overcome lust, addiction and disappointment … with Him, i am always satisfied. thank you for your prayers and words of encouragement. i hold my brothers and sisters in Christ close to my heart … and i am praying that we never forget God’s promise to remain here with us. i pray we can all see that nobody is excluded from salvation through Christ, and i pray we can all come to Him and place our past at His feet. God bless 🙏🏽

One study in 2017 documented the trend of "Christian celibacy," finding that many gay Christian men chose a life of celibacy in lieu of same-sex relationships.

Having watched Quintal's follow-up video, Vines says that while he's "softened his rhetoric," Quintal is still describing that same-sex attraction as a problem, even if he seems to equate same-sex lust with heterosexual lust.

"Many conservative Christians view all same-sex relationships as 'consuming lusts," Vines told Insider. "As a result, they believe that avoiding lust for straight people means getting married, but for gay people, it means lifelong singleness and celibacy."

"Unfortunately, nothing in this new video contradicts his earlier stigmatization of all same-sex relationships," Vines told Insider.

However, after watching Quintal's new video, Shurka told Insider that he's glad the YouTuber has at least rebuked the practice of conversion therapy. "I'm happy to see that Anthony clearly condemns conversion therapy. I think that it is especially important for his younger followers," he said.

Quintal has not responded to Insider's request for comment.