Despite garnering 79.27 million hours of viewership within four days of release, the show about immigrants on board a ship is not picked up for a second season.

AceShowbiz -Netflix has called off its “1899” show after one season. The popular series – which revolved around immigrants on board a ship as they face a series of mysterious events – raked in 79.27 million hours of viewership within four days of its release on November 17, but won’t be returning for a second series.

The news was confirmed by co-creator Baran bo Odar in a letter to fans posted on Instagram, which was co-signed by his partner and collaborator Jante Freise. “With a heavy heart we have to tell you that ‘1899’ will not be renewed,” he wrote.

“We would have loved to finish this incredible journey with a second and third season as we did with ‘Dark’. But sometimes things don’t turn out the way you planned. That’s life. We know this will disappoint millions of fans out there. But we want to thank you from the bottom of our hearts that you were a part of this wonderful adventure. We love you. Never forget.”

The series – which starred Emily Beecham and Aneurin Barnard – saw the group of European migrants en route from London to New York City. However, the journey took a turn when they spotted another migrant ship out at sea.

Meanwhile, Lucas Lynggaard Tonnesen – who plays Krester – has addressed the news on Twitter and admitted he and his castmates are “devastated” by the decision. Alongside a snap with his co-stars, he wrote, “As a lot of you may already know… 1899 will not be renewed for a 2nd and 3rd season…” 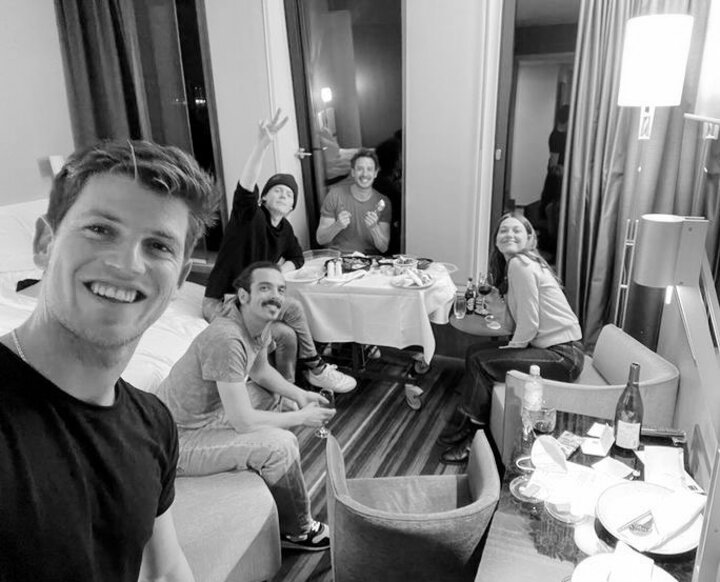 Lucas Lynggaard Tonnesen shares a throwback picture with his co-stars

“We are all truly devastated by this fact. This photo was taken the first night I met these people. You can take away the show, but you can’t take away family. Thank you all for watching x L.”