America may have just celebrated the 50th anniversary of the moon landing, but for Stanley Kubrick fans, last year was the 50th anniversary of a certain voyage to Jupiter. No movie is as demonstrative of Kubrick’s approach to filmmaking as “2001: A Space Odyssey.” From its existential themes to its cutting edge special effects, it represents everything the director thought cinema was capable of. Adapting a minor work of literature, as he so often did, he used a nonverbal approach to storytelling to craft a deliberately-paced, visceral experience that influences filmmaking to this day.

It’s he rare film that feels fresh 51 years after its release, and the likes of Christopher Nolan and Martin Scorsese still routinely cite it as one of their favorite movies. While its influence can be observed by watching any modern science fiction movie, fans looking to learn more about the film’s artistic and technical legacy are in luck.

New York City’s own Museum of the Moving Image will soon play home to an exhibition celebrating the film’s legacy and production. Titled “Stanley Kubrick’s ‘2001: A Space Odyssey,’” it is the most comprehensive look at the groundbreaking film ever assembled in a museum.

The exhibition is described as including “original artifacts from international collections and from the Stanley Kubrick Archive at the University of the Arts London, as well as from the Museum’s own collection. In addition to exploring Kubrick’s influences, his obsessive research, and his innovative production process, the exhibition looks at the film’s widespread influence on cinema, design, painting, architecture, and advertising.”

Its collection includes costumes, concept art, and test footage from the film. Combined, these artifacts allow movie lovers to look inside the mind of the famously obsessive director as he mapped out his masterpiece.

The exhibit was originally assembled at Deutsches Filminstitut & Filmmuseum in Frankfurt to coincide with the 50th anniversary of the film’s release last year. Its run at the Museum of the Moving Image will be accompanied by a series of 70mm screenings of the film.

The exhibition will run at the Museum of the Moving Image from January 18 – July 19, 2020, and tickets go on sale this September.

Keep reading for some exclusive images from the exhibit, plus some behind-the-scenes shots of Kubrick’s classic. 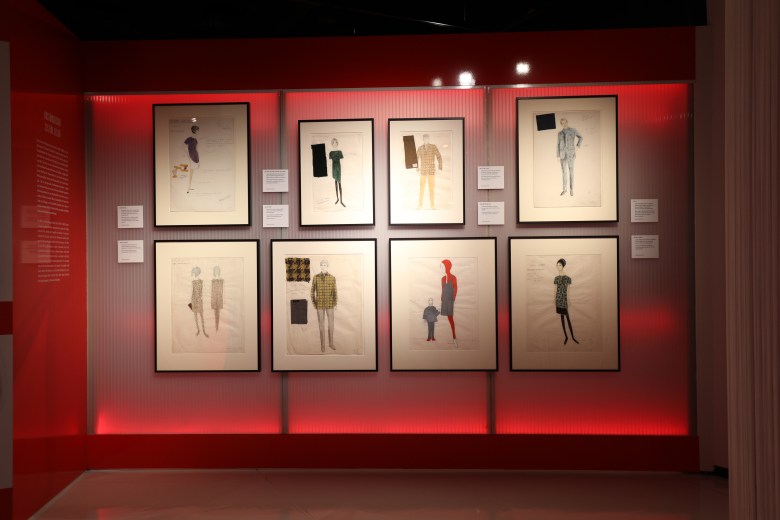 Costume design sketches by Hardy Amies for “2001: A Space Odyssey,” as presented in “Kubrick’s 2001: 50 Jahre A Space Odyssey” exhibition at the DFF – Deutsches Filminstitut & Filmmuseum in Frankfurt am Main (2018) 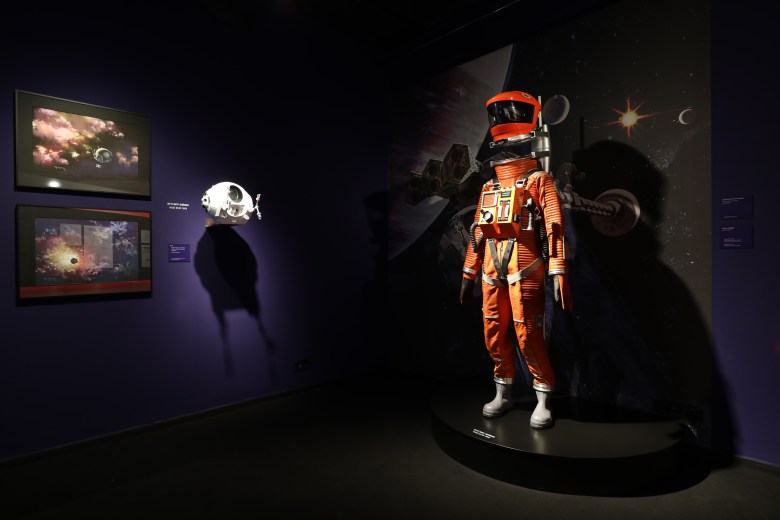 Prints of space and spacecrafts by concept artist Roy Carnon (left) and a space suit worn in the Clavius Base scene in “2001: A Space Odyssey,” as presented in “Kubrick’s 2001: 50 Jahre A Space Odyssey” exhibition at the DFF – Deutsches Filminstitut & Filmmuseum in Frankfurt am Main (2018) 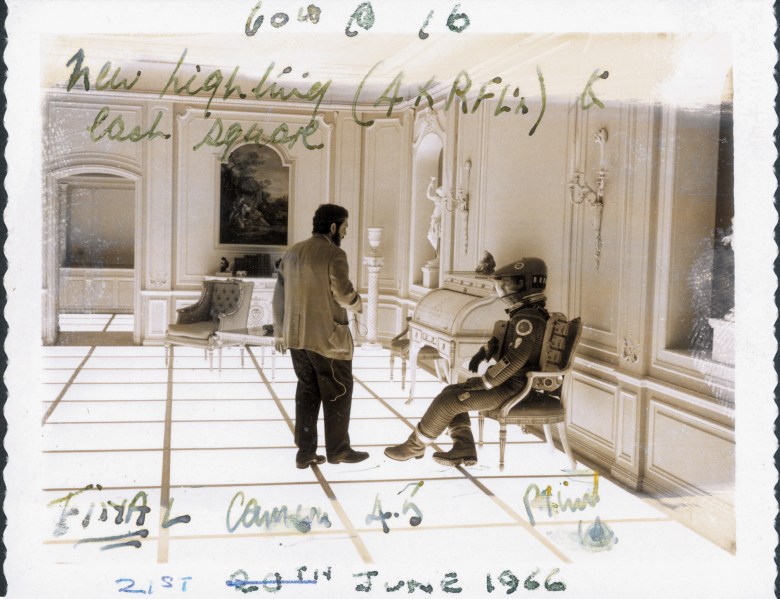 An annotated image from “2001: A Space Odyssey” 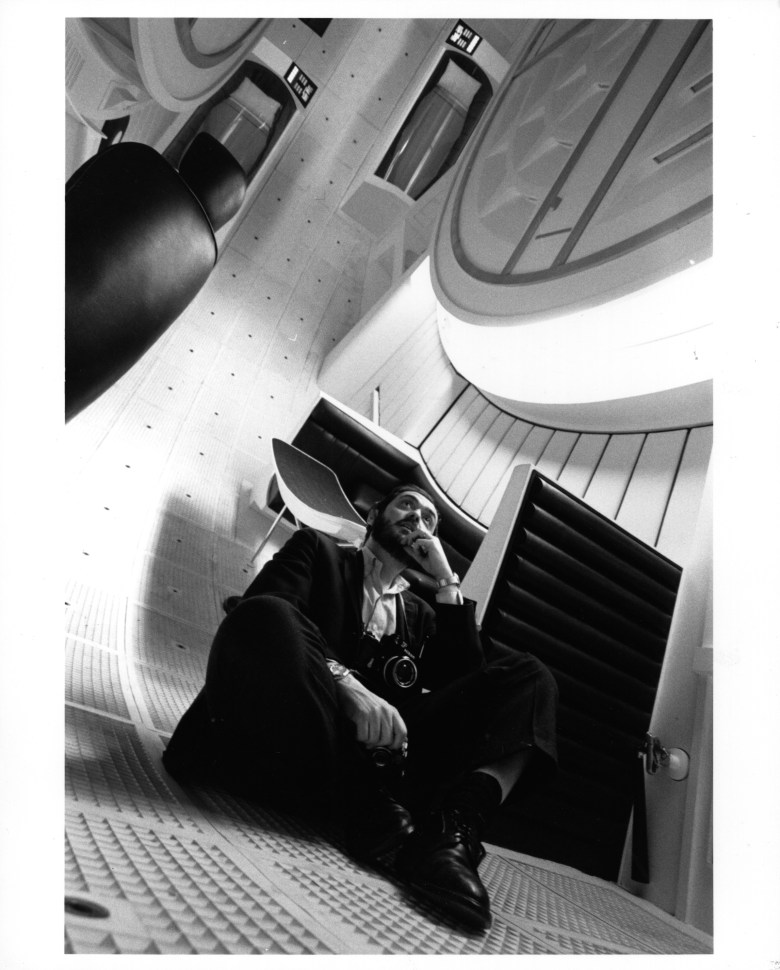