Best Reason to Watch: Summer is the season for blockbusters, and “Stranger Things” is TV’s biggest blockbuster — at least, until HBO’s “House of the Dragon” and Amazon Prime’s “Lord of the Rings” premiere at summer’s end. Even with those gargantuan franchises in the offing, the Duffer Brothers aren’t giving up the title of TV’s top popcorn program without a fight. Season 4 is being split into two volumes, with four or five episodes premiering May 27 and the remaining entries debuting July 1. (Netflix has not announced how, exactly, the nine-episode season will be split in half.) Moreover, the creators have promised Season 4 is nearly twice the length of past seasons, featuring thousands of VFX shots spread across more than 800 pages of scripts. No wonder reports have claimed Season 4 cost upwards of $270 million to produce. That’s more than the rumored budget for Marvel’s latest “Doctor Strange,” which officially kicks off the summer movie season, and “Stranger Things” delivers seven extra hours of story. So if you want to see what all that money can deliver, just open up your Netflix app at the end of the month. This summer is going to be a big one for TV. Let’s see if the Hawkins kids can kick things off on the right foot.

Best Reason to Watch: Executive produced by Barack and Michelle Obama through their company, Higher Ground Productions, “The G Word” is a six-part comedic docuseries meant to better explain how the United States government affects people’s lives. Investigative comedian Adam Conover (“Adam Ruins Everything”) hosts (and is reason enough to watch), but adding to the impressive talent bringing “The G Word” to life is Michael Lewis, whose 2018 book “The Fifth Risk: Undoing Democracy” serves as inspiration for the show. Episodes tackle how the American government impacts food, weather, money, disease, the future, and change, all in tight, imaginative, and unflinching 30-minute chunks. Making sure the government abides by the will of its people, all its people, starts with understanding how the government works. “The G Word” hopes to make those lessons a bit easier to digest. 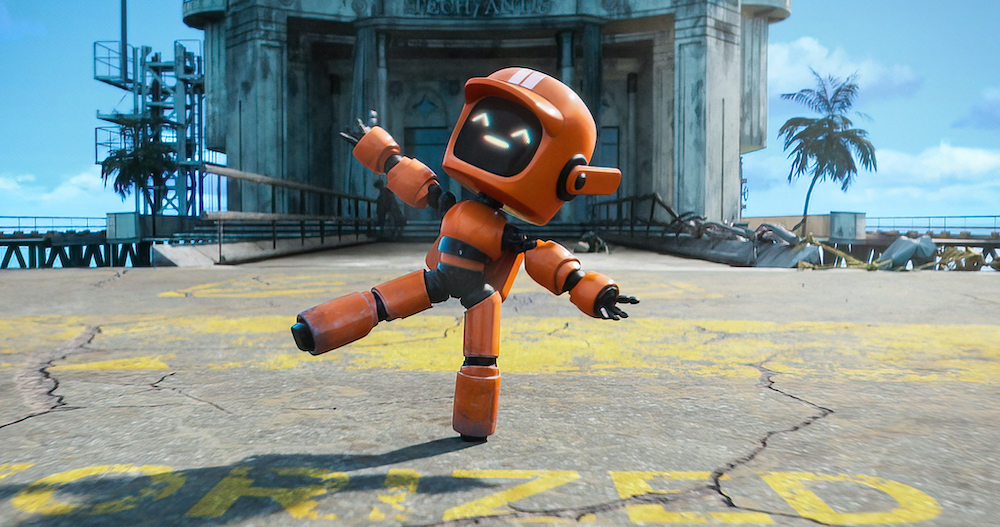 Best Reason to Watch: A series of animated shorts produced by Tim Miller (“Deadpool”) and David Fincher (“Mindhunter,” “Zodiac”), “Love, Death + Robots” has followed a familiar pattern of inconsistency over both formally ambitious seasons thus far. Each of the first two entries has its standout episodes, and while the great don’t necessarily outweigh the mediocre, anyone curious about the format and intrigued by the anything-can-happen nature of episodic storytelling is probably still hopeful everything will click into place for Season 3. We are, too, as the new episodes “stretch from uncovering an ancient evil to a comedic apocalypse.” There’s no word yet on writers, directors, or too many other details on what’s coming, though one episode does bring the series into serialized territory, functioning as a sequel to an episode from Season 1.

Best Reason to Watch: No, this isn’t the 2011 film — Matthew McConaughey isn’t involved, and technically, the new drama series isn’t even an adaptation of Michael Connelly’s 2005 novel of the same name. “The Lincoln Lawyer” (2022) is actually based on the author’s 2008 sequel, “The Brass Verdict,” and stars Manuel Garcia-Rulfo (“Goliath”) as Mickey Haller. Developed by Ted Humphrey (“The Good Wife”) and co-written and executive produced by David E. Kelley, Netflix’s TV adaptation still focuses on the L.A. lawyer who loves his Lincoln Town Car enough to run his firm out of the backseat, and the idealist in Mickey is sure to get him in some trouble with the criminal element of La La Land. Kelley is a former attorney who broke big with court procedurals like “The Practice” and “L.A. Law” before skewing toward prestige TV with the likes of “Big Little Lies” and “The Undoing.” Expect “The Lincoln Lawyer” to draw elements from both, as it hopes to make a name for itself among a series of novels, a major motion picture, and a flood of TV in general.

Mike Myers, Lydia West and, Mike Meyers in “The Pentaverate”

Best Reason to Watch: Considering a) Mike Myers’ post-“Austin Powers” track record as a comedy star — “The Cat in the Hat,” “The Love Guru,” those Uber eats ads featuring Wayne and Garth — and b) Netflix declined to make screeners available for critics prior to release, it’s probably best to approach “The Pentaverate” with caution. Myers stars (in one of multiple roles) as a Canadian journalist who happens to uncover a centuries-old secret society responsible for protecting the world at all costs. As another threat looms (in addition to their identities being exposed), the less-than-intrepid reporter has to discover the truth and save the planet, all while surrounded by people who look eerily familiar. If you’re a fan of Myers’ character work, perhaps give this a go — just don’t set the bar too high.

Best Reason to Watch: Do you absolutely have to watch “Happy Endings” before it leaves Netflix at the end of the month? No — not when it’s still available on Hulu and HBO Max. But if Netflix is your primary streaming service (or you’ve been trimming back on other subscriptions as costs rise), the exit of David Caspe’s short-lived but brilliantly executed hangout comedy is a great reminder to a) reexamine your budget and make sure you’re getting the most of what you want from the services you keep, b) start rotating subscriptions rather than remaining loyal to any one service month after month, year after year, and c) invest in physical media. (And if swapping out DVD discs every few hours is too great a burden to bear, you could also buy the episodes via iTunes or your preferred digital hub.) Also, there’s literally never a bad time to watch “Happy Endings,” so this could just be your most recent excuse to dive back in.

Best Reason to Watch: While also not an emergency — “Downton Abbey” seasons are available to stream on Amazon Prime Video and Peacock Premium — it’s worth noting that the original TV run will be departing Netflix less than two weeks after the second movie hits theaters. So, if you binge the seasons to get ready for the new film, you’ll be fine, but if you watch the new film and have the sudden urge to revisit the Crawley family’s rich history, you should know there’s a ticking clock. Unless you have other subscriptions, in which case, again, you’ll be just fine.

The Rest of Incoming TV