A Place in the Sun: Couple reject property before viewing

Jeffrey and Trudi were desperate to find their forever home in and around Denia in Spain’s Alicante province on A Place in the Sun. With their home in the UK already sold, Jean Johansson admitted she was “feeling the pressure”, noticing the couple were also “fussy”. With a £220,000 budget, Jean had lined up a few potentials for the couple. She was taken aback however when they refused to view one property.

After refusing property one, Jean felt the second home would be more promising.

She took the couple to a three-bed villa in Els Poblets.

While standing on a sunny beach, the property expert explained: “My next property is about a five-minute walk from here.”

But the pair didn’t react in the delighted way Jean had expected. 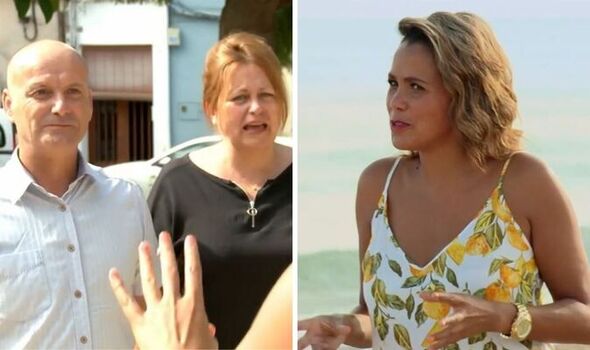 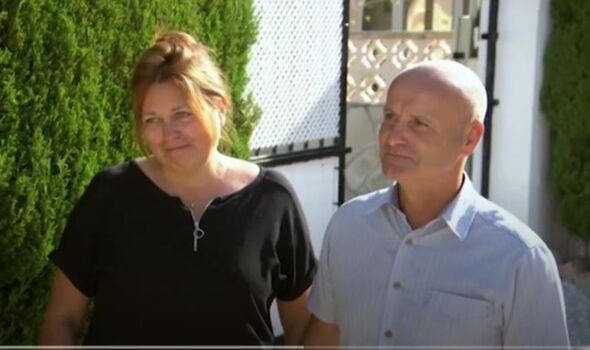 “I want a bigger reaction than that!” Jean joked. “Five minutes from here!”

Shaking his head, Jeffrey responded: “Yes.. yes… but no, because that isn’t in our remit to be this close to the sea.”

“I threw it in there for you,” Jean remarked as the couple seemed uncertain. 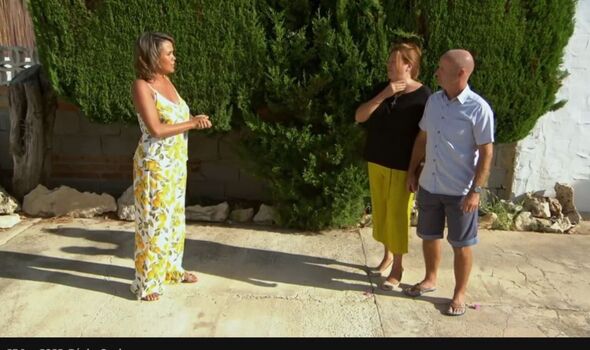 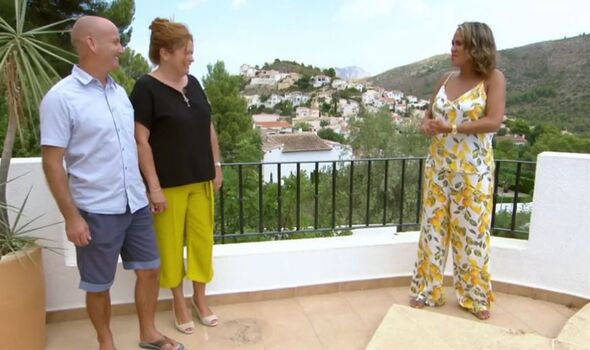 When they got there, Jean asked: “What do you think?”

Trudi and Jeffrey glared at each other before Trudi stated: “It’s erm… not for us.”

Shocked, Jean repeated: “This is not for you?!” Jeffrey remarked: “No, no definitely not.”

“I love the fact you’ve been able to find us something so close to the beach,” Trudi said.

“But it’s made me realise looking around that an elevated view is more important than being close to the beach.”

Jean replied: “I haven’t even told you the spec of the property yet!

“I haven’t given you the price you haven’t looked around .. and you’ve made your decision?”

“Yeah absolutely,” Jeffrey cut in. “It’s four walls, can’t see anything… we’re in an area where we’re actually too close to the beach, we want to be further inland…”

“This is Spain! Everybody wants to be close to the beach!”

“I know, I think an elevated view is what we want,” Trudi added.

“We don’t mind travelling to the beach, it’s a day out, but coming home and having that view… it’s made me realise that’s more important.”

Later, as the couple rejected properties four and five, Jean said: “This search has been difficult, I think I have pulled good properties out of the bag.”

Jean was left placing her head in her hands later when the pair revealed they wouldn’t be making any offers.

A Place in the Sun airs weekdays from 4pm on Channel 4.