On Monday’s The One Show, Alex Jones and Jermaine Jenas welcomed Strictly Come Dancing stars Aljaz Skorjanec and Janette Manrara onto the programme to discuss the second postponement of their nationwide tour and how life has been in lockdown. However, after misinterpreting a recent news story about Aljaz’s sister welcoming a new child, the BBC presenter admitted the “awkward” baby news mix-up led to her fearing Janette wouldn’t be able to compete in this year’s contest.

Explaining her thought process, Alex admitted to the Strictly duo: “Last week, all I saw because I sort of skim read, was ‘Baby News, Aljaz and Janette’,

Aljaz then jumped in to clarify to The One show host: “No,

“My little sister, she just gave birth to my beautiful little niece Lisa, so that’s the baby news.” 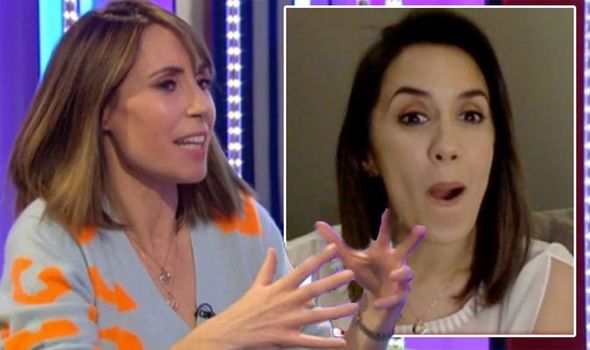 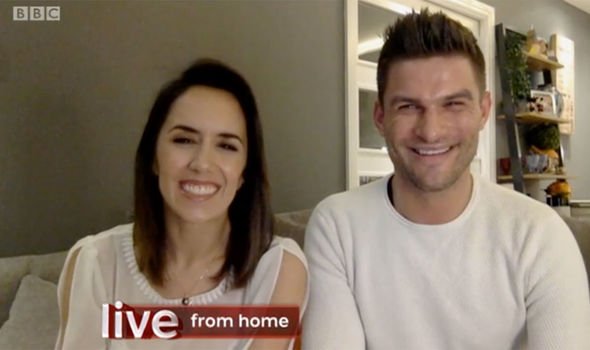 “Oh, congratulations,” Alex went on to add – only to be pulled up by co-host Jermaine.

“You’ve not quite told them the full story though, have you?” Jermaine asked as he put Alex on the spot.

Alex reacted rather sheepishly before Jermaine pushed further: “What did you do?”

The One Show host then revealed she’d sent the two a congratulatory message under the impression it was them expecting a child together. 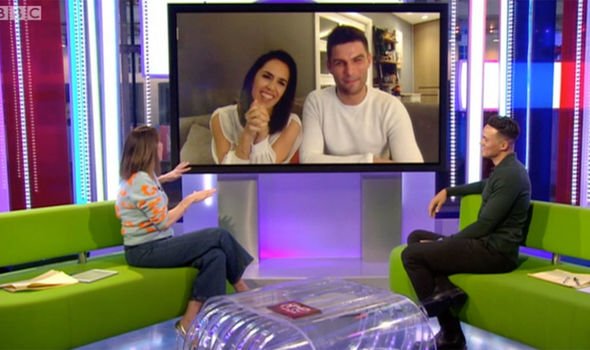 “I sent a message saying congratulations,” Alex began. “Which would’ve been okay because that still makes sense because of the sister.”

Alex then admitted how her thought process quickly turned to Janette’s future on Strictly and what would happen if she were expecting.

“I was like, ‘Oh, my God, is Janette gonna do Strictly? How is it gonna work?’

“I mean I was way ahead,” Alex admitted, which brought laughter from both Aljaz and Janette.

Luckily for Alex and Strictly fans, Janette and Aljaz look poised to return when the BBC dance contest does return later this year.

The pair have been mainstays in the professional line-up for years now, both having joined in 2013.

Janette enjoyed her most successful stint on the show to date in 2020, finishing as runner-up with YouTuber HRVY.

Aljaz, on the other hand, enjoyed Strictly success in his very first series, lifting the Glitterball Trophy with Abbey Clancy.

He competed alongside Radio 1 DJ Clara Amfo last year, with the two finishing in seventh place.

Fans will have to keep their eyes peeled later this year to see which celebrities the pair team up with for the 2021 series.

The One Show continues weekdays at 7pm on BBC One.