The blonde bombshell, 48, paraded her curves in the tiny dress, which featured a collared design and a thick belt around the waist.

Amanda’s figure took centre-stage under the plunging neckline as she danced in the studio, showcasing her hourglass proportions.

As she left the studio, her dress turned see-through as her assets were visible through the paper-thin material.

Amanda didn’t pay attention to her wardrobe malfunction as she smiled at the cameras while walking down the street.

Meanwhile, fans took to social media to compliment Amanda on her outfit, as one posted: “What a cute little dress.” 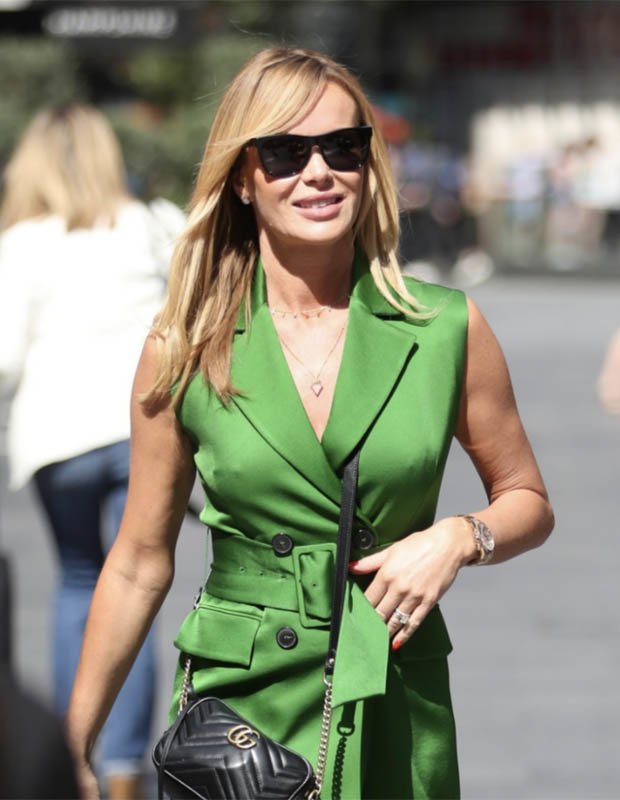 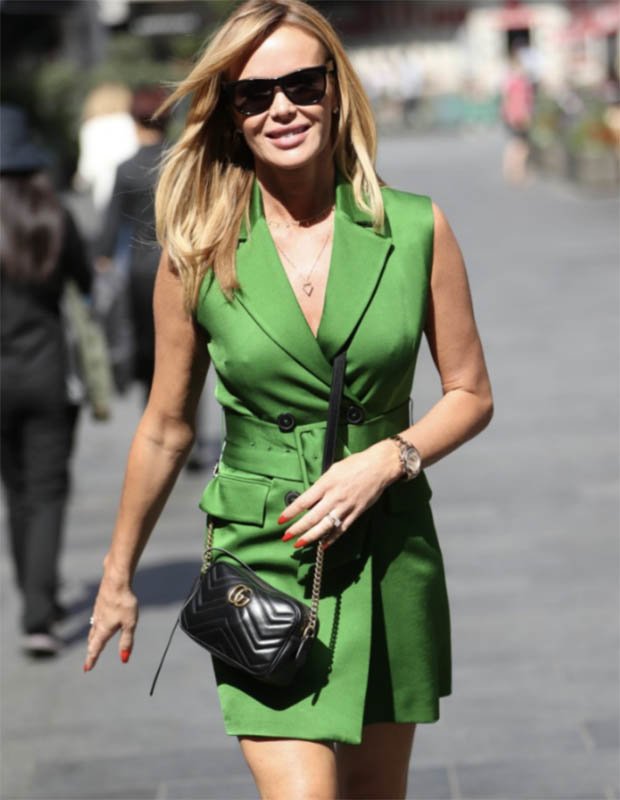 A third wrote: “What an absolute babe.”

A fourth chipped in: “Shake what ya mamma gave ya.”

Meanwhile, Amanda made a hilarious confession as she appeared on Shopping with Keith Lemon last night. 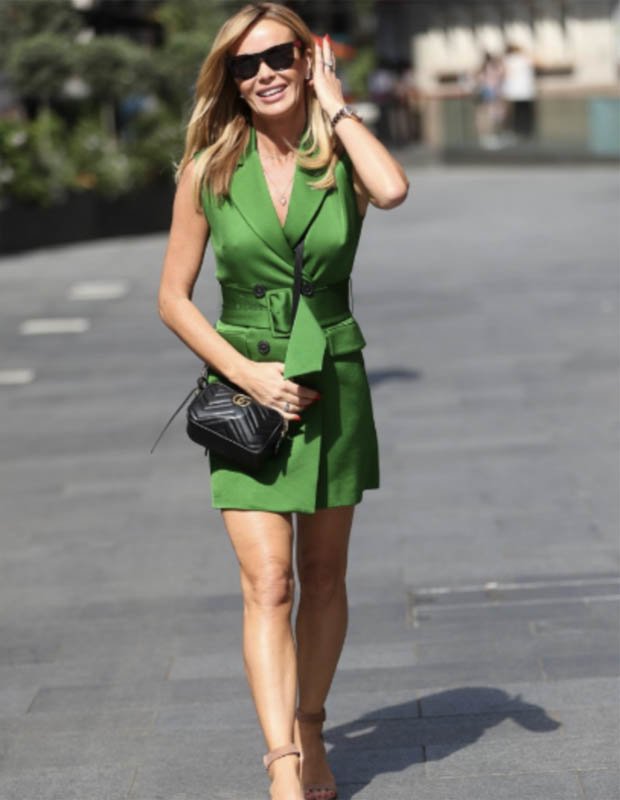 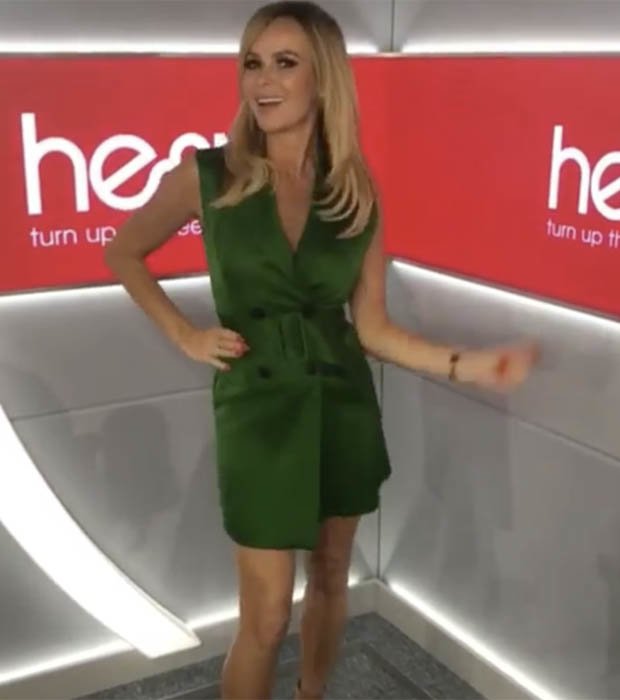 When asked if she had ever been so drunk that she soiled herself, Amanda replied: “Yes. I pooed myself, but I did have a funny tummy.

Shopping with Keith Lemon airs Thursday at 10pm on ITV2.