Sex and the City fans pretty much knew about the feud between stars Sarah Jessica Parker and Kim Cattrall before it was public. Rumors of discord held up the Sex and the City movie production, and by the time Michael Patrick King created the HBO Max revival And Just Like That…, Cattrall was not part of it. In a recent interview, Cattrall got specific about her displeasure with the direction in which her character, Samantha, was going.

Cattrall spoke with Variety in an interview published May 4. While discussing her new roles on How I Met Your Father and Queer as Folk, Cattrall addressed Sex and the City and And Just Like That… head on. HBO Max did renew And Just Like That… for a second season.

Cattrall said she felt like she was done after Sex and the City 2. However, Cattrall confirmed she had read a script for a third Sex and the City movie. She expressed her disappointment at a storyline in which Brady, Miranda (Cynthia Nixon) and Steve (David Eigenberg)’s teenage son, sends Samantha inappropriate pictures.

“It’s heartbreaking,” Cattrall told Variety. “The series is basically the third movie. That’s how creative it was.”

Cattrall indicated that she might have considered one more go with Samantha had King come up with something worthwhile for her to do.

“I would have preferred for all of us to have some kind of event to warrant a third film,” Cattrall said. “That didn’t happen. But also, I was ready. And this is exactly what I wished for: to be in different places playing different characters because I’m a character actress.”

Kim Cattrall has a better idea for Samantha

Cattrall also said that the explanation for Samantha’s feud with Carrie (Parker) in And Just Like That… didn’t make sense. They stopped speaking because Carrie stopped paying Samantha as her publicist. Cattrall said that didn’t sound like Samantha, and suggested a timelier story.

“Why can’t Samantha, who owns her PR company — maybe she had to sell it because of financial woes?” Cattrall said. “2008 was tough. Some people are still recovering. She had to sell it to some guy who’s wearing a hoodie, and that’s the dilemma she has. I mean that’s a scenario that was kind of off the top of one of my reps’ heads, and I thought that’s a great idea. That’s a conflict. Instead of an underage boy’s …”

The ‘Sex and the City’ feud

Cattrall confirmed that And Just Like That… simply never asked her to reprise her role.

“I was never asked to be part of the reboot,” Cattrall said. “I made my feelings clear after the possible third movie, so I found out about it like everyone else did — on social media.”

Though she did not watch And Just Like That…, the fact that fans wanted to see Samantha means more to Cattrall than appearing on the show would. 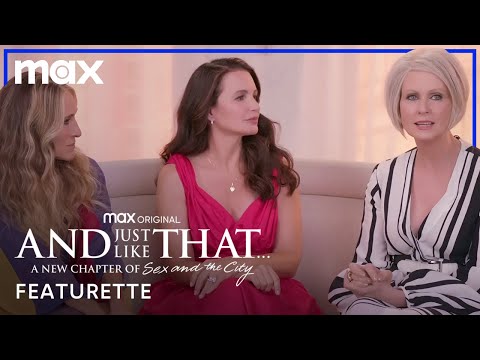 “I certainly heard about it,” Cattrall said. “And I’ve come to the conclusion that really the greatest compliment I could have as an actor is to be missed.”

Variety’s Ramin Setoodeh did ask Cattrall about Parker’s specific comments that she wouldn’t want to work with Cattrall again.

“Well, it would never happen anyway,” Cattrall said. “So nobody has to worry about that.”