Five months after its scuttled April theatrical date, “Antebellum” is showing strong initial response on multiple VOD platforms. The premium-priced horror/thriller (with similarities to Jordan Peele’s hit “Get Out”) scored as the first top studio PVOD release since “Bill & Ted Face the Music” three weeks ago. With about 75 percent of North American theaters now open, they would have benefited from this title.

As always, we don’t have actual revenue totals. For “Antebellum,” however, its opening-weekend status is clear: It found top ranking on charts that rate by total gross (it achieved this in three days on FandangoNow and Vudu) and high placement on two other charts that list by transaction volume. (It debuted too late to place at Spectrum).

Lionsgate retained 80 percent of the take on “Antebellum,” compared to perhaps 50-55 percent for a theatrical run. On that basis, it means that if 500,000 consumers rented it, the studio would retain $8 million. Based on initial indications, a half-million rentals is a not-unreasonable guess; to gross as much out of theatrical, it would need $15 million. That would be highly unlikely, since total theatrical box office this weekend was less than $12 million.

“Antebellum” had a reported budget of about $15 million. The marketing cost for home viewing will add to the bottom line, but likely is much lower than a theatrical campaign. As always, PVOD means lesser revenues downstream — but if this holds for another two or three weeks, this could be another film that (at least in the short run) made the correct choice.

Magnolia, which had a steady output of VOD releases (with parallel theatrical play) long before COVID-19, scored its best release in months with “Alone.” A thriller about a young widow kidnapped in the wilderness, it is #1 at Google Play, #4 at FandangoNow (the top non-PVOD title), and placed on Apple TV. (Its Friday release was too late for Spectrum). This weekend,  it grossed $182,000 — enough to rank #7 with a release in 173 theaters. 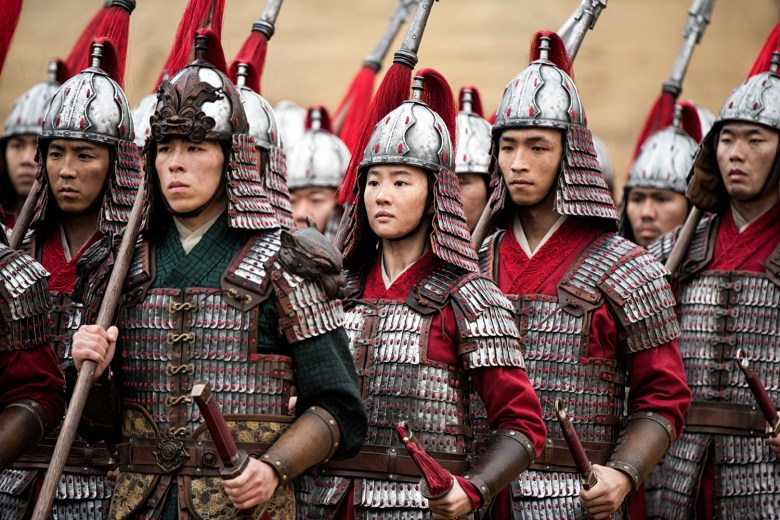 We continue to lack data on “Mulan” results on Disney+. With little certainty of verification, speculation ranges from disappointing to as much as $261 million. The latter seems unlikely, if only because the studio would likely tout it. It’s possible no specifics will be available until the company makes its next quarterly report, which could be as late as mid-November.

Notable films on the VOD charts this week include Apple TV reflecting a quick reaction to Ruth Bader Ginsberg’s death. It shows the documentary “RBG” at #2 and  biopic “On the Basis of Sex” #4. This is not the initial scale of response to Chadwick Boseman’s passing, but still a clear sign of her impact.

Other standard-price premieres that gained attention include “Blackbird,” a family drama with Kate Winslet and Susan Sarandon that debuted at Toronto 2019; it’s #8 at FandangoNow. “The Grizzlies,” a Canadian documentary about lacrosse helping troubled Inuit youths, placed #10 there.

And then there’s “Adam,” a real curiosity. Filmed in 2011, it stars then-“Breaking Bad” star Aaron Paul as a recent quadriplegic, In May, it saw an initial higher-price release on VOD. An unreleased title, starring an actor who now has greater currency: Are we reaching the point when these films will get attention?

In its fourth weekend, “Bill & Ted Face the Music” sustains a presence on most charts, led by #2 at revenue-based FandangoNow. Continued play with a $19.99 price suggests elevated success, but as to how much? No one knows. Lower-budget titles “The Tax Collector” and “The Silencing,” both approaching two months or more and still charting, appear to be breakout successes. 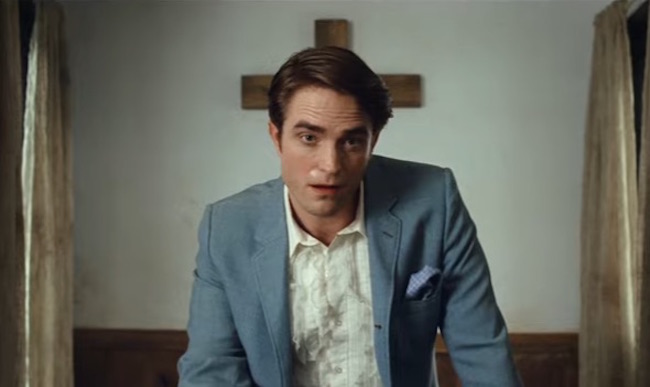 “The Devil All the Time”

Top new Netflix original, “The Devil All the Time” with Tom Holland and Robert Pattinson, started off at #1 on their charts for two days. At this writing it stands at #3 and top among original productions. Acclaimed documentary “The Social Dilemma” is in its second week of high performance (#4 currently), a rare case of a non-fiction title not with “Tiger” in the title showing more than brief interest.

Ranked by number of transactions, with position as of Monday, September 21

Ranked by revenue accrued not transactions, for September 14 – 20

4. The King of Staten Island (Universal)

Ranked by number of transactions, with the daily position as of Monday, September 21

3. The Devil All the Time (Netflix original)

Sign Up: Stay on top of the latest breaking film and TV news! Sign up for our Email Newsletters here.