During an episode of Antiques Roadshow, which aired in February, BBC presenter Fiona Bruce took viewers to Windermere Jetty Museum in the Lake District. Some of the relics the guests brought to be valued included the likes of a collection of silver trophies awarded to a pioneering woman sailor, a James Bond poster, a guitar rescued from a skip and a wooden dinghy from the film Swallows and Amazons. However, it was a pair of “lost” necklaces that really got the attention of expert John Benjamin.

“Well now, something of an eclectic group of items and we’ve also got a piece of paper here, which has got the name, Paul Cooper,” expert John began. “What is the significance of that?”

The guest replied: “It’s my grandmother’s writing. She wrote down the name of the person she believed to have designed the pendant.

“And the name below is the initials of her mother.”

“Tell us a little bit about your grandmother, then,” John asked. 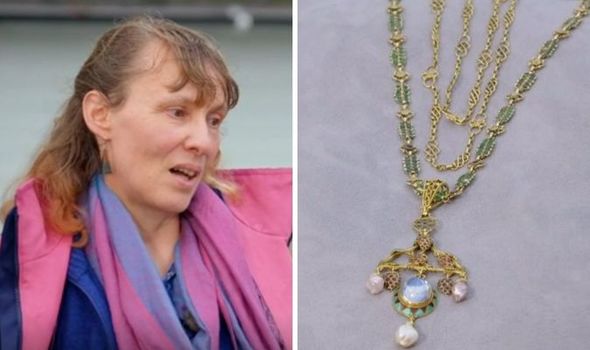 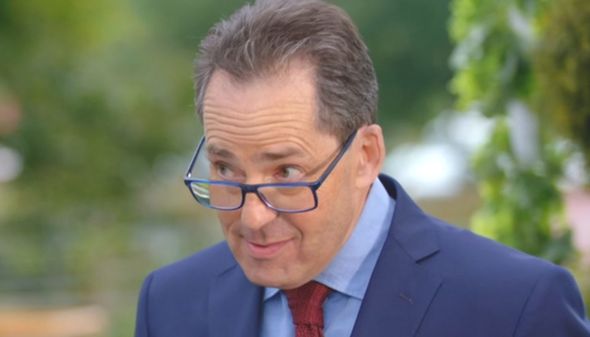 Speaking about her fond memories, the guest said: “She and her husband, my great-grandfather were very much involved in the arts and crafts movement.

“They designed their own arts and crafts house and had it built in Carlisle.

“I’m led to believe the pendant was designed for her. She and her husband designed a lot of the stuff themselves. She did amazing embroidery.”

John went on to explain: “There is a craftsman, a highly important jewellery craftsman called John Paul Cooper.” 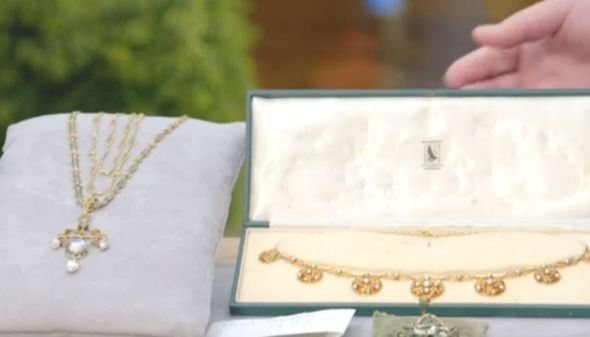 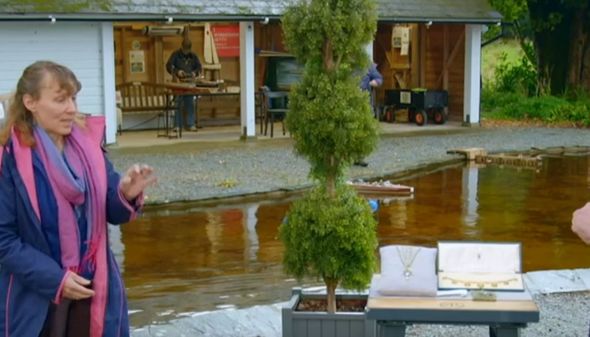 The expert went on to give the guest some information on who the jewellery craftsman was, as he continued: “And this is the person, who I think we are talking about here.

“Now, unfortunately, I’ve had a look at this piece and there’s no signature. So we can’t state for certain that it’s definitely by John Paul Cooper.

“But, I would like to think that the style of it, is very much his own.”

“And often you would have designs that would have leaves,” he added as he described some of the detail on the necklaces.

“And a signature motif that he often used was bunches of grapes. The pale blue stone in the centre is what we call a water sapphire.

“It probably came from Ceylon and they deliberately chose them, the arts and crafts jewellers and craftsmen because they were subtle.

“Suspended here, we have three natural pearls. Deliberately chose them because they were misshapen because they had individuality and style.”

Moving on to talk about another gold necklace, the guest said she was given the necklace by her grandmother when she was 18.

“It’s a really important piece of jewellery,” John exclaimed. “This one really gets me very excited. And the reason it does is the name Murphy.”

As he spoke about the history of the gold necklace, the expert said the reason it was so important, was because had the signature of HGM on the back.

“That makes it very important,” he explained. “Now to give you an idea, Harry Murphy’s jewellery was sold last year in a sale room and the biggest piece sold for £90,000.”

Antiques Roadshow is available to watch on BBC iPlayer.