Over the past ten years a large number of actors have stepped into some iconic Marvel roles. Guardians of the Galaxy introduced a massive amount of new heroes, including Bautista’s Drax the Destroyer. The actor, who was previously a professional wrestler, became a hit with critics as one of the standouts in the series. The star has now, however, revealed he will be stepping down after the upcoming Guardians of the Galaxy Vol 3.

Bautista recently appeared on The Ellen Degeneres Show to promote the new Netflix movie Army of the Dead.

During the interview, he was asked if the next film will be his final outing in the role.

He replied: “It will. It’s weird because I said it recently … because I’ve been talking a lot about Guardians … I didn’t think it was going to be news!

“I figured everybody assumed this was how it worked.” 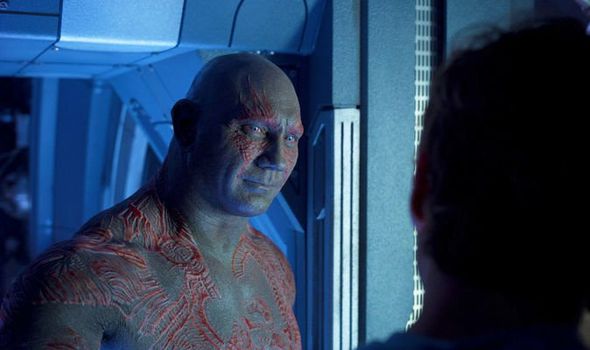 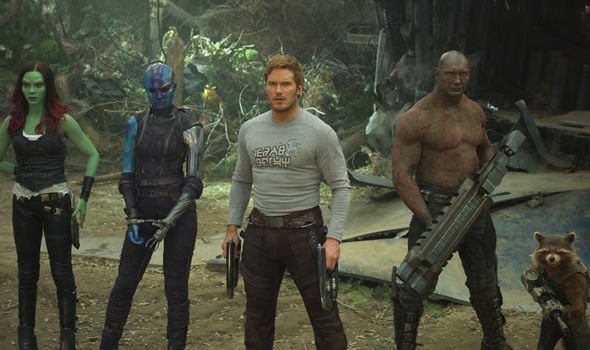 Bautista continued: “We work in trilogies.

On top of this, the American actor explained there was another reason prompting him to step down from the franchise.

He continued: “And I’m also going to be 54-years-old by the time Guardians 3 comes out.” 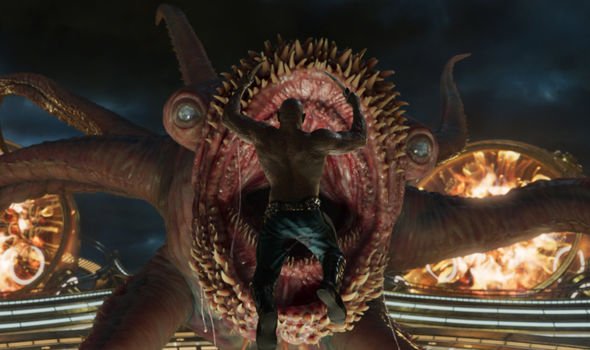 Bautista laughed: “And just, like, the shirtless thing is getting harder and harder for me!”

Drax the Destroyer has spent every second of his time on-screen completely topless.

In place of a shirt, the character is covered in alien tribal tattoos, leaving not much room for imagination.

Bautista added: “The journey has come full circle, and I’m ready to step aside and wrap it up.”

Trailer: Guardians of the Galaxy Vol. 2

It is no surprise that Bautista will be stepping down from the franchise once Gunn has also moved on.

The James Bond actor could not get an acting job before his appearance in the Marvel series, despite years of experience.

Gunn then took a shot on him, and – as Bautista puts it – changed everything for him.

He said in another interview: “I struggled, I starved for three years, I could barely get a job.”

Bautista went on: “There were a few people who believed in me along the way, but James [Gunn] was the one who really changed the course of my life.”

The plot of Guardians of the Galaxy Vol 3 has not yet been revealed, but it is assumed to follow the titular heroes and Thor Odinson (Chris Hemsworth).

At the end of Avengers Endgame, the demigod revealed he would be joining the Guardians, before dubbing them the Asgardians of the Galaxy.

The Avengers series is available on Disney Plus now.

Army of the Dead is available on Netflix now.