The Duke of Cambridge, who is president of Bafta, was due to feature last night in a pre-recorded conversation with costume designer Jenny Beavan and makeup and hair designer Sharon Martin. And tonight he was to deliver a speech via video, celebrating the resilience of the film industry over the past year.

grandfather, Prince Philip, who was Bafta’s first president in 1959.

Bafta said in a statement yesterday: “In light of the Duke of Edinburgh’s passing, the Duke of Cambridge will no longer be part of Bafta programming this weekend.

“Our thoughts are with the Royal Family, to whom we offer our deepest sympathy at this time”.

This year’s Baftas were postponed for two months to fit in with the delayed Oscars. Due to the pandemic the Baftas are being handed out over two nights in largely virtual ceremonies, with presenters including Hugh Grant and Tom Hiddleston attending London’s Royal Albert Hall in person for tonight’s broadcast.

Among the British contenders for awards this year are Daniel Kaluuya, Vanessa Kirby and Riz Ahmed. 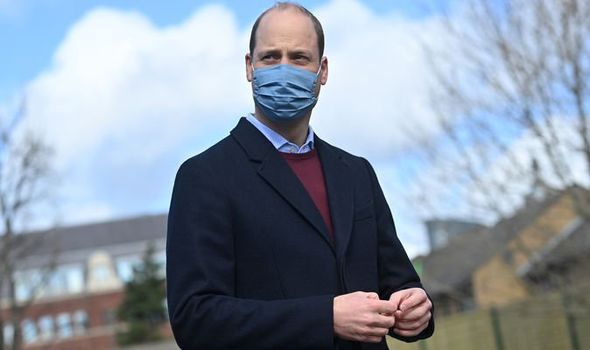 The main ceremony, live on BBC One at 7pm, will be hosted by Dermot O’Leary and Edith Bowman.

Tonight, road movie Nomadland and coming-of-age drama Rocks lead the diverse nominations, where four female filmmakers are in the running for the best director prize.

Chadwick Boseman, who died aged 43 last August due to complications related to colon cancer, has received a posthumous Bafta nomination for his performance as an ambitious trumpeter in Ma Rainey’s Black Bottom.

Life Of Pi director Ang Lee will be honoured with the Bafta Fellowship.