The pair cut to a field of dairy cows in Shropshire as the programme played a part in BBC Farming Focus this week.

But as Steph went to introduce Carol Kirkwood’s weather report, she realised what she was about to say could be misconstrued.

“We’re going from lots of cows now to another one…which sounded like I was going to say Carol’s a cow but I’m definitely not saying that.”

I should just go home shouldn’t I

Dan shook his head before he laughed: “Good job I didn’t say that, I’d be in all sorts of trouble.”

She continued: “Carol is at one of London’s Royal Parks this morning with the weather.”

“Carol, save me! Save me!” she exclaimed, addressing the meteorologist.

To which Carol replied: “Yeah I was shocked there for a minute myself Steph, good morning everybody.”

The scotswoman was live at Green Park in London where she was surrounded by a host of farm animals as it is the park’s “grazing week”. 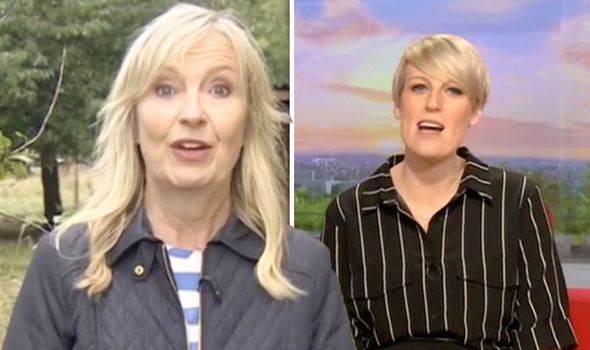 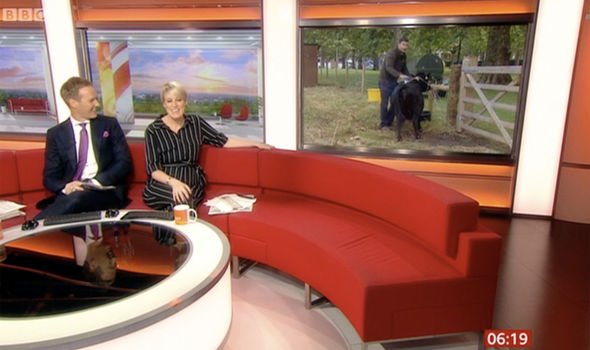 Her broadcast was interrupted somewhat by the sounds of Twiglet, a cow.

Carol told viewers how the beast was from the smallest native breed of cow in the UK, a Dexter cow.

Twiglet’s moos could be heard in the background as Carol ploughed on with the weather report.

Ever the professional, Carol got through the forecast despite the distraction and fans to Twitter to comment on the moment.

“Carol the weather presenter being interrupted by a mooing cow on #bbcbreakfast has perked me up no end @BBCBreakfast,” one wrote. 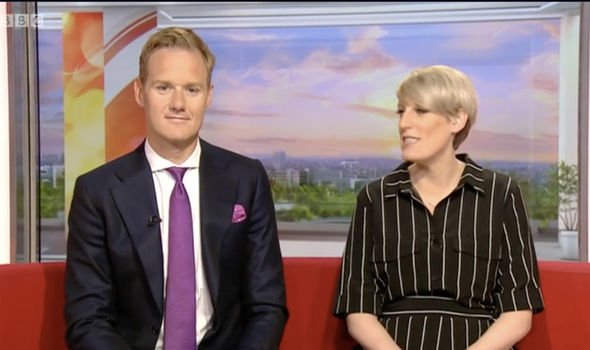 Another jested: “@carolkirkwood best weather forecast in a long time. Keep up the sound effects!”

“Is that the guy who shouts “Stop Brexit” with Carol Kirkwood? @BBCBreakfast,” a third joked.

A fourth declared: “The cow in the background of Carol’s weather report is mooing……STOP BREXIT!!!”

While a fifth questioned: “Is it me or is that cow objecting to every mention by @carolkirkwood of rain? #bbcbreakfast.”

BBC Breakfast airs weekdays at 6am on BBC One.