The superyacht, Lady Michelle, featured on Below Deck Mediterranean Season 6 is being offered for sale for $19.5 million.

Built in 2003, the 55 m / 180′6″ luxury motor yacht boasts six cabins, which can comfortably sleep about 12 guests, Yacht Harbour reports. The superyacht requires up to 14 crew, which means five additional crew members could be working behind the scenes on the show. And while Lady Michelle is a massive vessel, it is slightly smaller than last season’s yacht, which was the largest ever featured on the show. 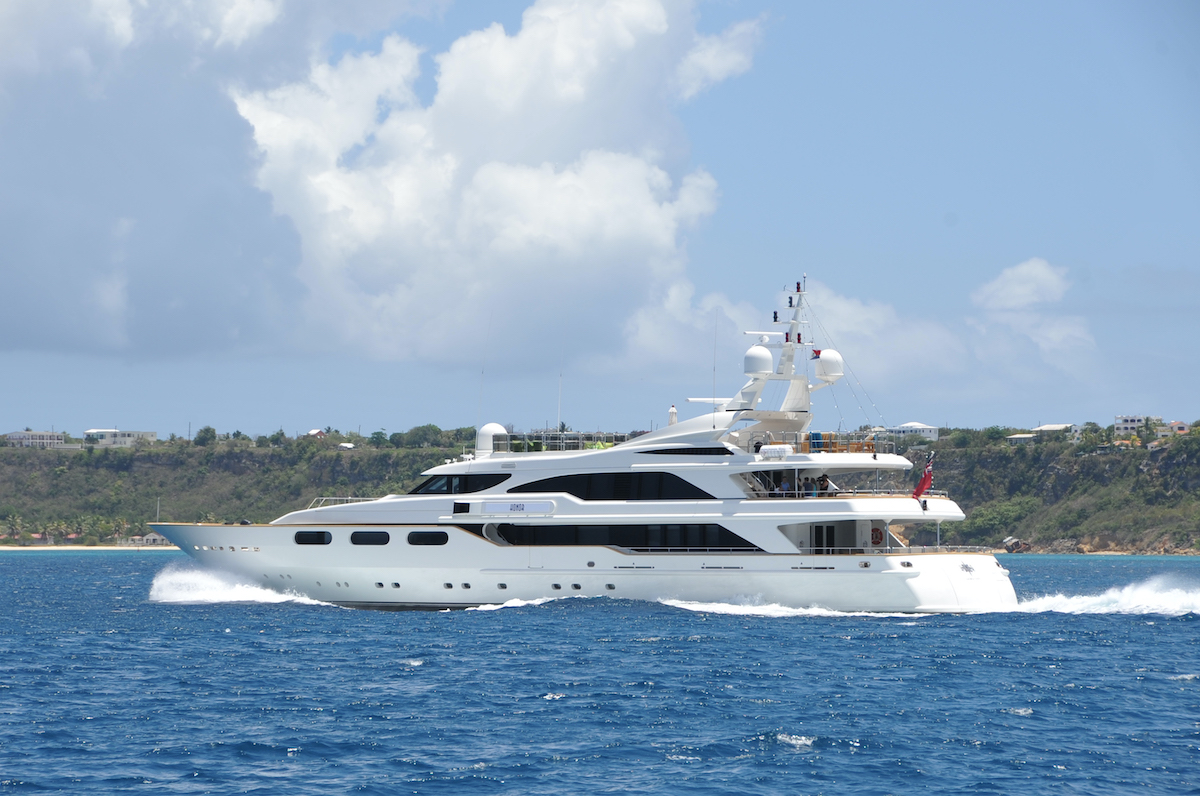 Like other vessels featured on the show, Lady Michelle comes equipped with a deck jacuzzi, gym, WiFi, air conditioning, and all the water toys. Guests can play on the wave runners, inflatable water toys, and more.

The yacht was last retrofitted in 2017 and photos show an updated exterior and interior.

How does ‘Lady Michelle’ stack up to other ‘Below Deck’ yacht rentals?

The Wellington, (The Wellesley) was the largest vessel ever featured on the show and the largest Captain Sandy Yawn ever commanded. At 56.2m/184.5ft, The Wellington offered a few unique amenities not seen on previous Below Deck seasons.

For instance, the boat had its own whiskey and cigar room. “Everything is cigar themed,” Yawn shared during the yacht tour last season. “Obviously they spared no expense when it came to this.” Even the guest rooms were extremely high-end. “With mahogany, inlaid leather, and 1920s theme,” Yawn said. “The sheets are Italian. One of these sheets costs about 2,000 euros.” That means a single sheet costs more than $2,200 (U.S. dollars).

Plus, the previous yacht had a master stateroom and a VIP room. “The cool thing about the VIP is it was once an observation lounge,” Yawn said. She also toured the bridge, which she said was “amazing.”

While Yawn loved The Wellington, the wing station did not appear to be a favorite with her. Most wing stations are on the outside so the captain can have a full view when it comes time to dock the boat. The wing station on The Wellington was inside the boat, which made Yawn’s reliance on her bosun even more critical (and nerve-racking) than ever.

Below Deck Mediterranean Season 6 premieres on Monday, June 28 at 9/8c on Bravo.