Beverley, 63, has been eating vegan products during her stint on I’m A Celebrity…Get Me Out Of Here! and it was during the eating trial she faced alongside Jordan North, 30, and Vernon Kay, 46, viewers discovered she was living on a different diet to her fellow campmates. However, some have questioned whether the former Coronation Street star was in fact a vegan as they watched her eating a scotch egg in the castle. After being voted off the ITV reality show alongside journalist Victoria Derbyshire, 52, she finally addressed the backlash.

The soap star said: “I started it in March after I had an operation. I then watched this documentary where they said joints heal quicker if you’re plant-based.”

“He knows I’ll give him a slap when I see him,” she joked. 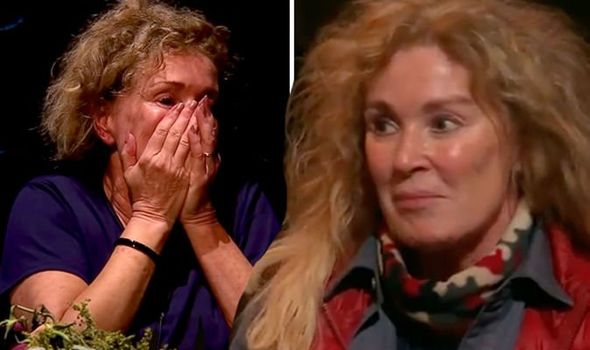 Fans have been left furious by Beverly’s exit, with one writing on Twitter: “I thought Beverley Callard would make the final #ImACeleb #imacelebrity.”

Another added: “Oh my God. I’m going to miss Beverley being in the camp. She is hilarious #Beverley #ImACeleb #ImACeleb2020 #ImACelebrity #antanddec.”

Whilst a third commented: “I am gutted for @BeverleyCallard. She was a dead cert to win @ImACelebrity 2020. Beverley, if you’re reading this: I’m sorry, love. x #ImACeleb #ImACelebrity.”

“I can’t believe you all let Beverley Callard, Queen of the Rovers go home before the final! I absolutely despise the Great British public! #ImACeleb #ImACelebrity,” a fourth remarked.