For the first time, an MCU movie teases a Marvel TV show 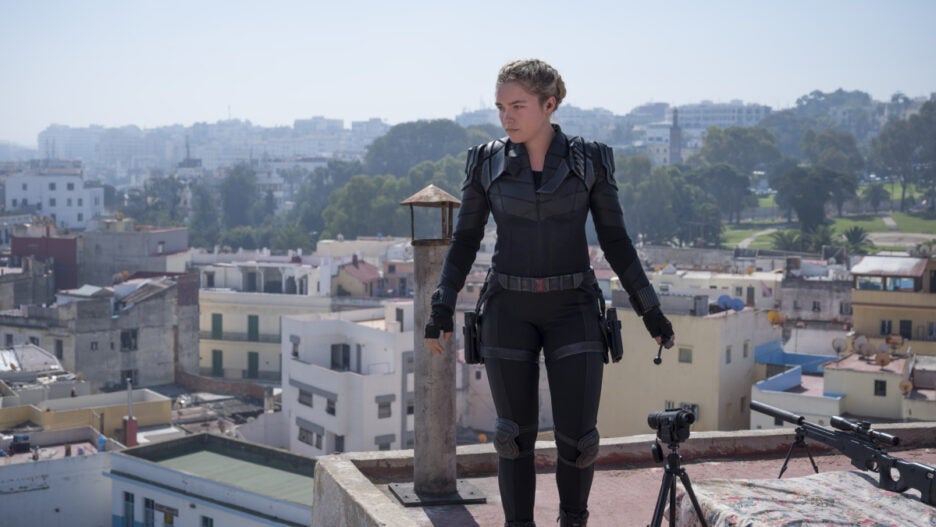 Like just about every previous movie in the Marvel Cinematic Universe, “Black Widow” has a post-credits scene, and it’s kind of a doozy — it’s the first time Marvel used one of these to tease one of its TV shows.

The post-credits scene begins with Yelena (Florence Pugh as the heir-apparent to the Black Widow mantle) paying a visit to Natasha Romanoff’s grave. We’ve had about a seven-year time jump from the rest of the movie as we catch up to the present. Yelena’s attempt to pay respects to her spy sister are interrupted, however, by Julia Louis-Dreyfus.

Originally, this scene would have been her big entrance onto the MCU stage a la Samuel L. Jackson in the first “Iron Man” movie. But the pandemic forced Marvel to start up the Disney+ shows earlier than planned, and so in this timeline we’ve previously met this character, Valentina, in “The Falcon and the Winter Soldier.”

On that show, Valentina’s presence was very surprising to those she spoke with, but she and Yelena clearly have a working relationship in the present, or at least the recent past. “You’re not supposed to bother me on my holiday time, Valentina,” Yelena tells her. “I want a raise.”

That’s when things get very interesting.

“I’ve got your next target. Thought I’d hand deliver it,” Valentina says. “Maybe you’d like a shot at the man responsible for for your sister’s death.”

As she says it, she hands Yelena a tablet with a picture of Clint Barton, aka Hawkeye.

Obviously, we know that Clint was not in any way responsible for Black Widow’s death. Really, he was the only person in the whole multiverse who actually tried to prevent it, which technically makes him the least responsible for it among all the people who knew her.

But Yelena wouldn’t know all those details, since that whole thing with the Soul Stone happened way over in the Kree galaxy, and Hawkeye himself is the only witness.

This scene is clearly a tease for the “Hawkeye” series on Disney+, coming later this year. Marvel has already announced that Pugh will be in that show, and now it looks like it’s gonna be one of those stories where two protagonist characters duke it out until they realize they have a mutual enemy they need to team up against. Or maybe Yelena is going to be a villain moving forward in the MCU.

For those of you who have watched “The Falcon and the Winter Soldier,” this scene invites another big question: are we gonna see Yelena team up with US Agent, aka Wyatt Russell’s knockoff Captain America? Valentina recruited him at the end of that show for something, but Russell has not been announced for “Hawkeye.” That something is probably something else, and I wouldn’t expect any teamups with Valentina’s budding crew until the group is rounded out with a couple more characters.

But anything is possible in the new MCU, or at least that’s the impression that Kevin Feige and co. are trying to create here. So never say never.

“Black Widow” is out now in theaters and on Disney+.