CARDI B opened the BET Awards with an energetic and sultry performance – by giving her husband a sexy lapdance on stage.

The Please Me rapper was joined by hubby Offset as she opened the night with Cloud, the latest song they collaborated on. 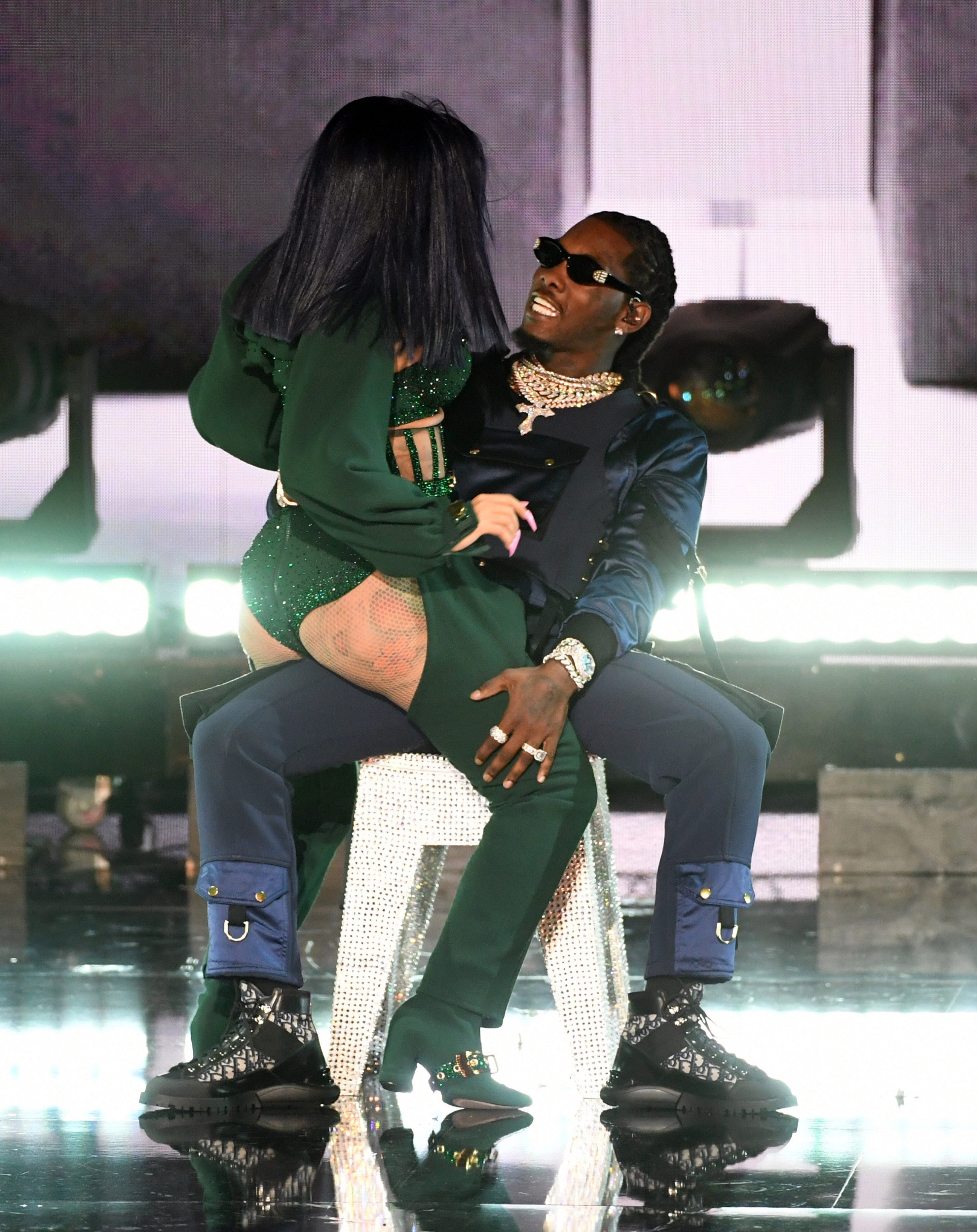 She then proceeded to give him a raunchy lapdance, gyrating against him before clambering on top of him in front of the star-studded audience. 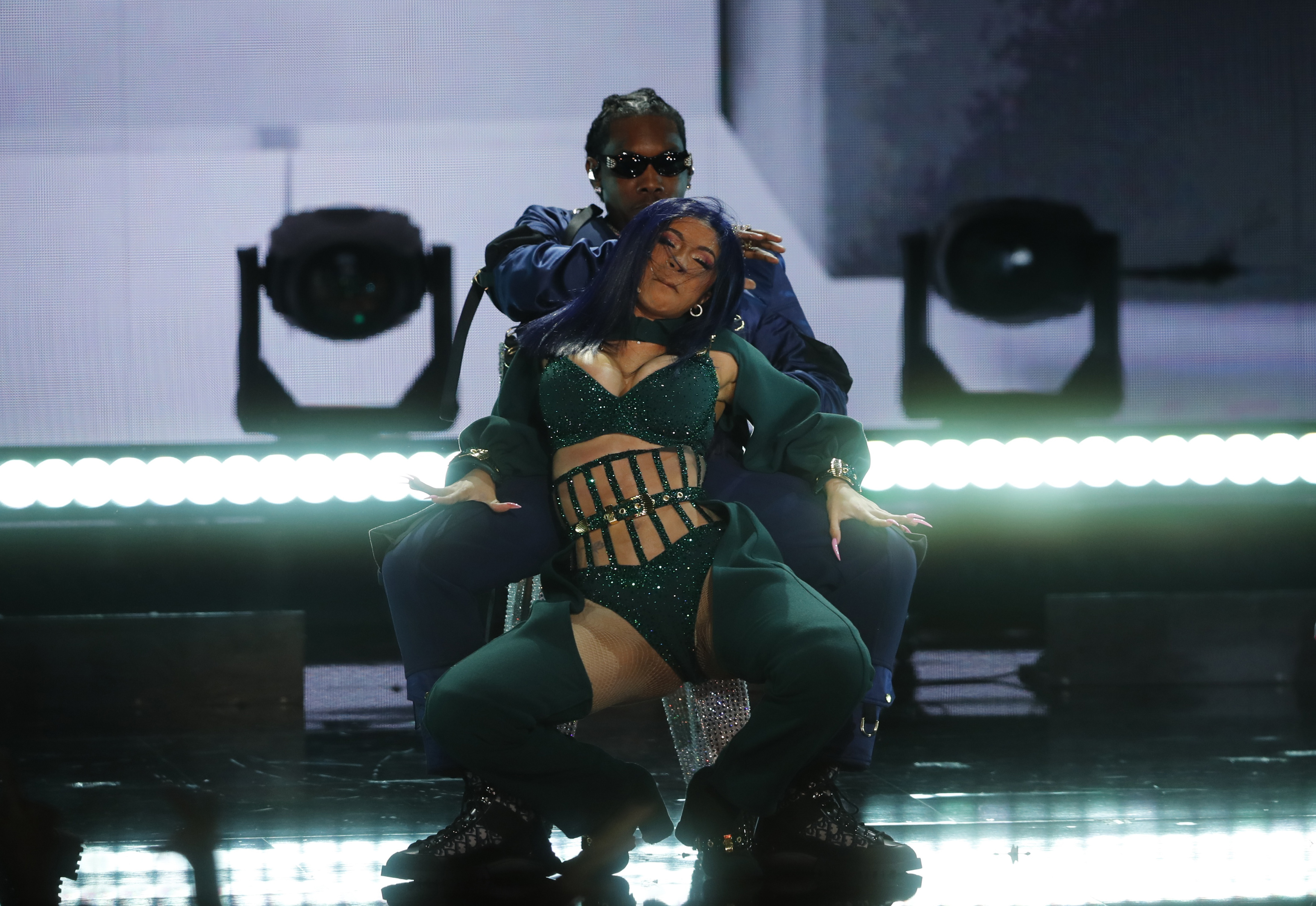 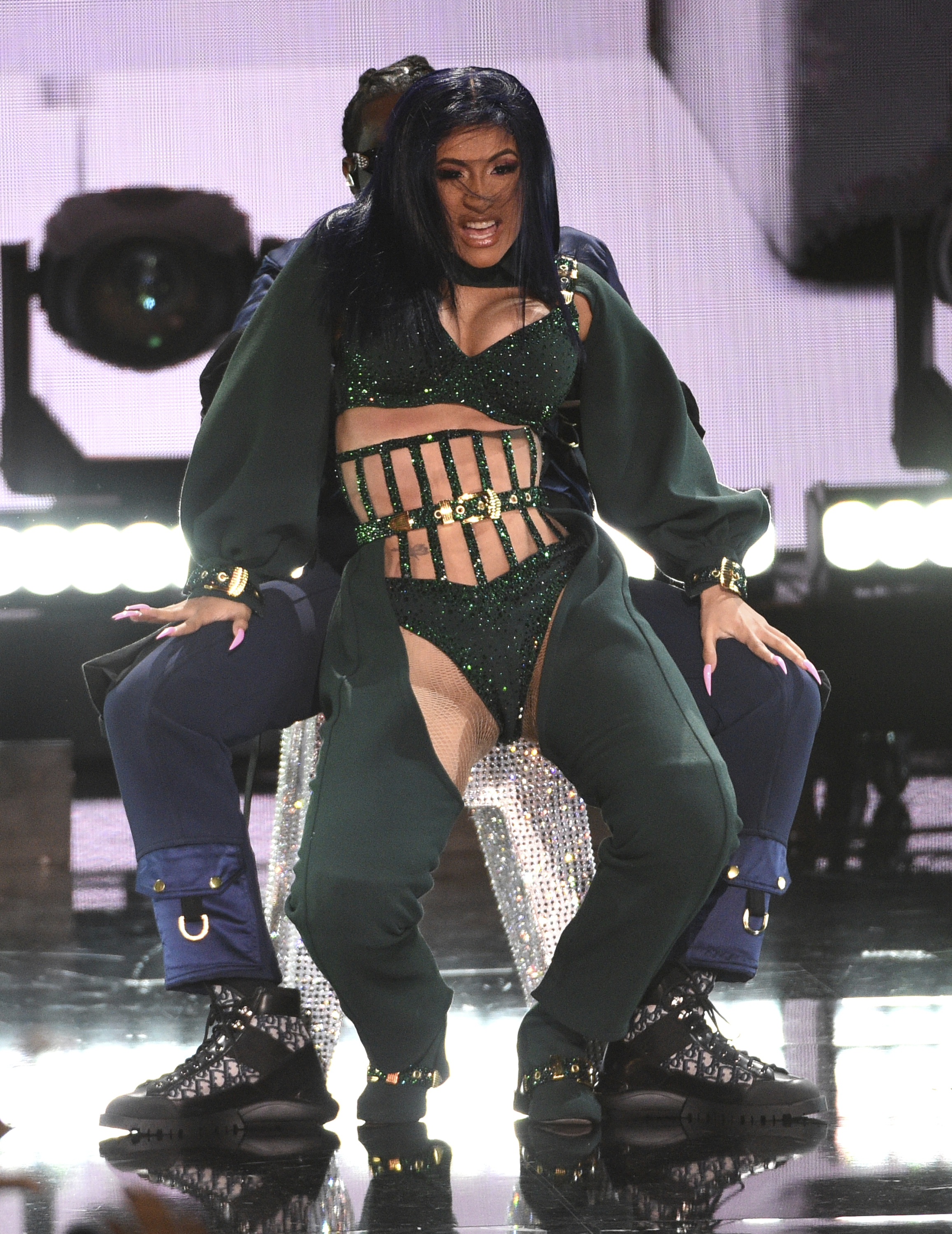 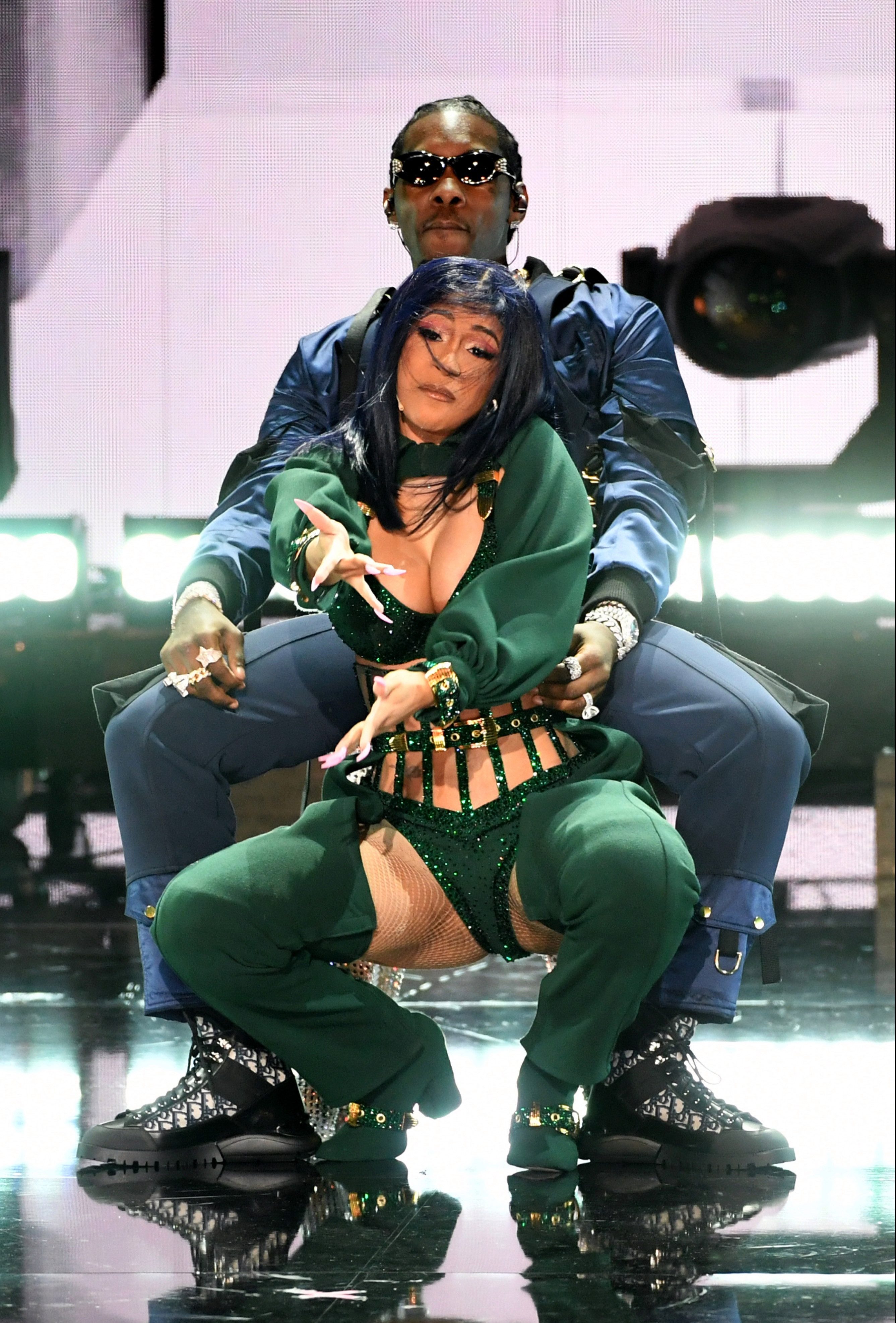 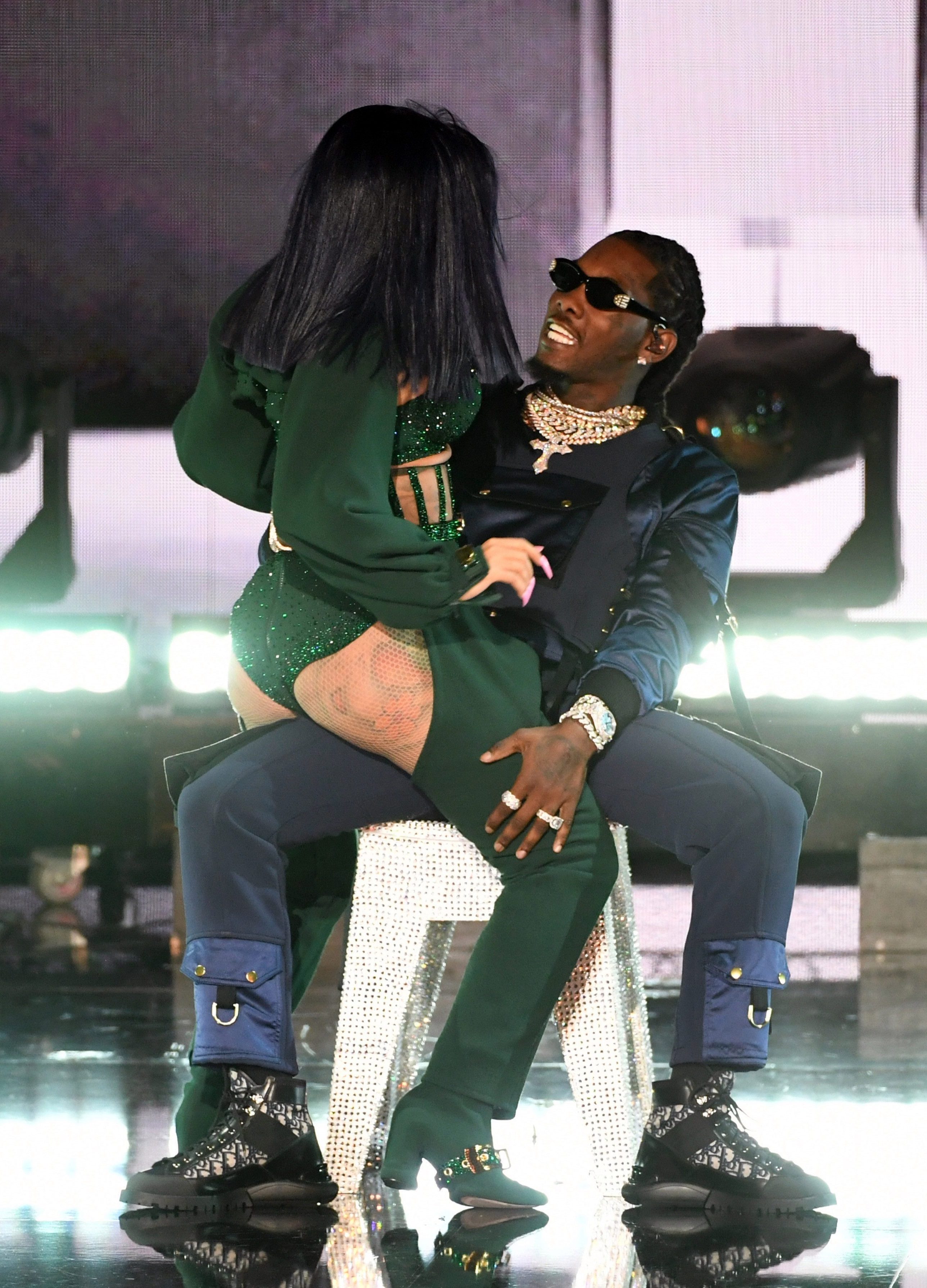 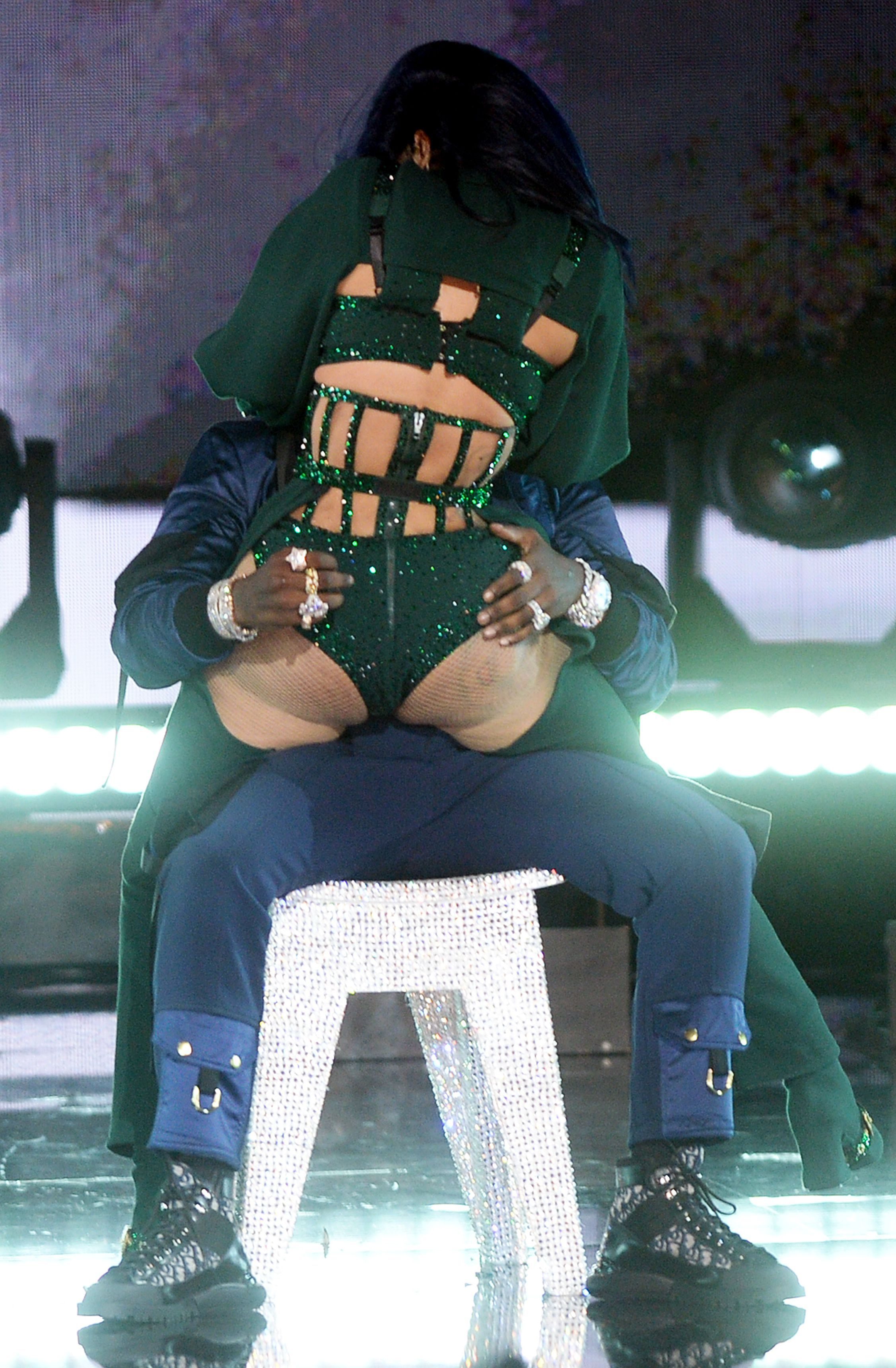 Cardi has been open about her past life as a stripper, during which she earned $20,000 by the age of 21.

"I made a lot of money, I had a good time and it showed me a lot – it made me open my eyes about how people are, how men are, about hunger and passion and ambition," she recently said.

She then broke into the music industry but is putting her past occupation to good use as she gears up to make her movie debut in Hustlers, alongside Jennifer Lopez.

Hustlers, which is in cinemas from 13 September 2019, is based on a New York Times article telling the true story of how a group of strippers who clubbed together to steal from the wealthy men who frequented their club. 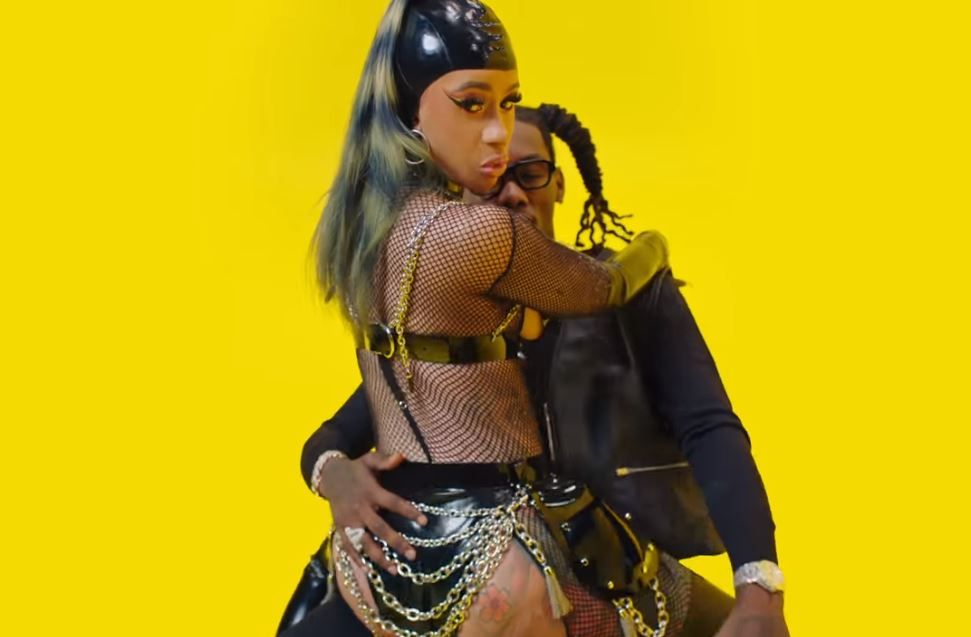 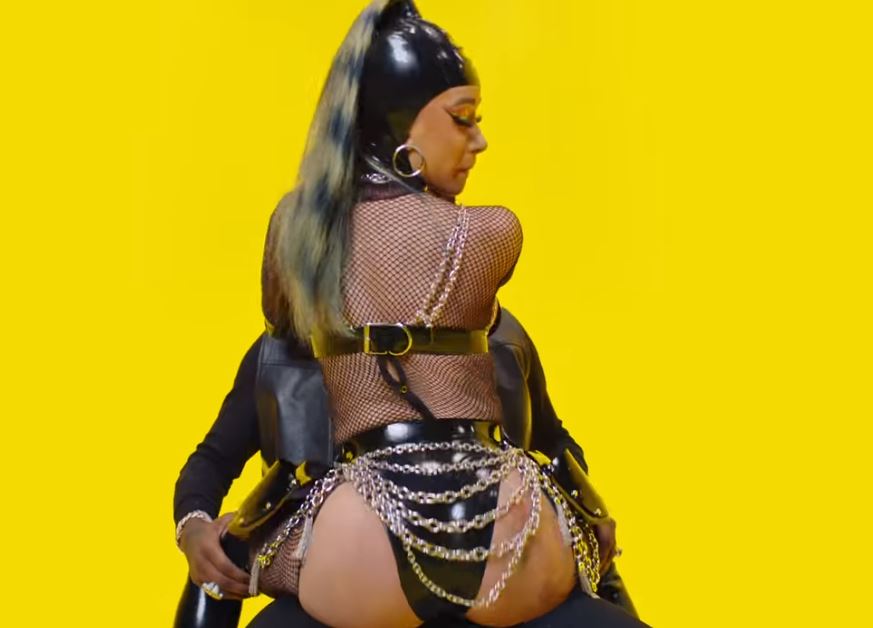 Despite their sexual performance, Cardi and Offset's relationship has made headlines due to their secret marriage, allegations of cheating and a sex tape.

The rapper couple married in secret in September 2017, 'in a bedroom with no ring or dress'. 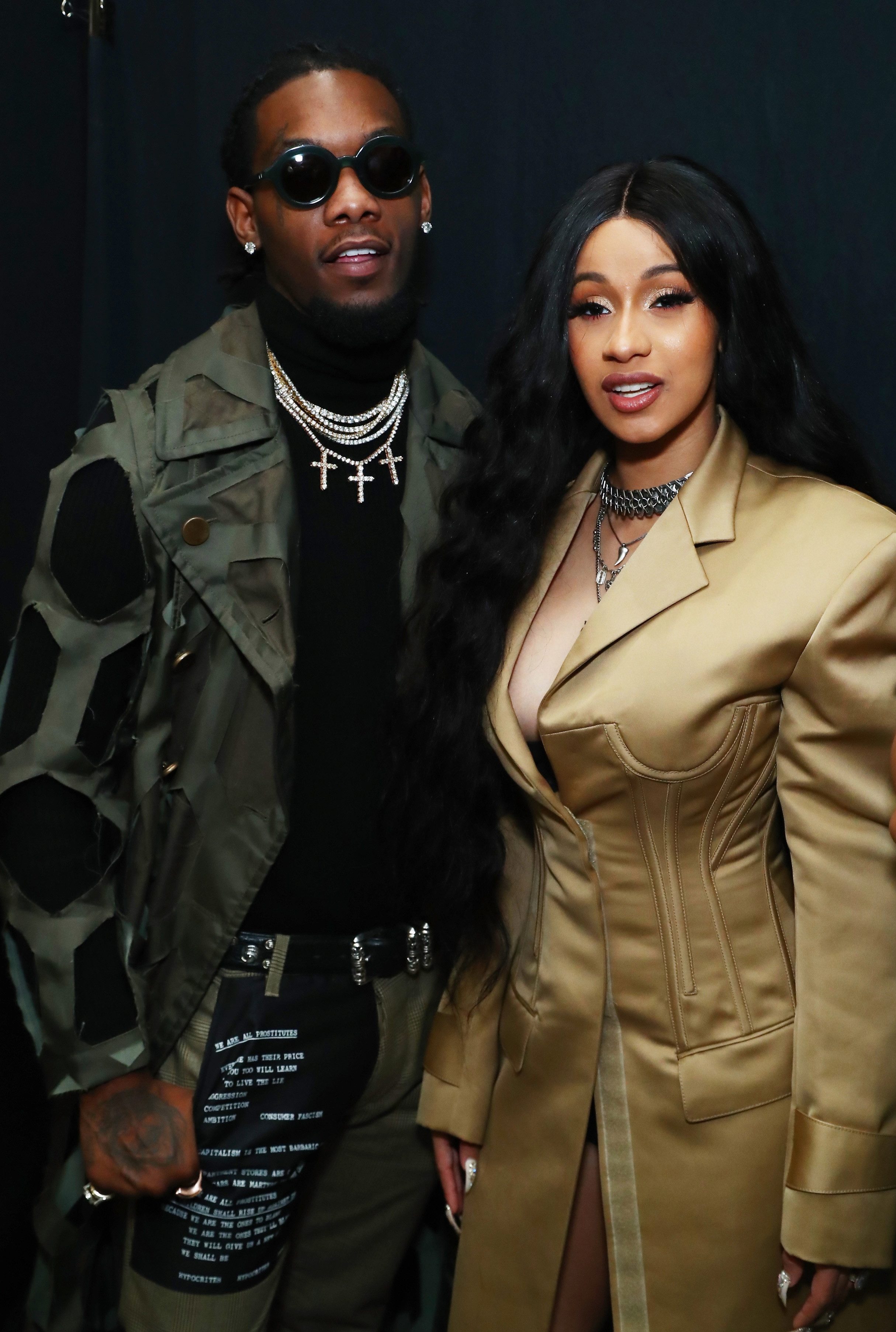 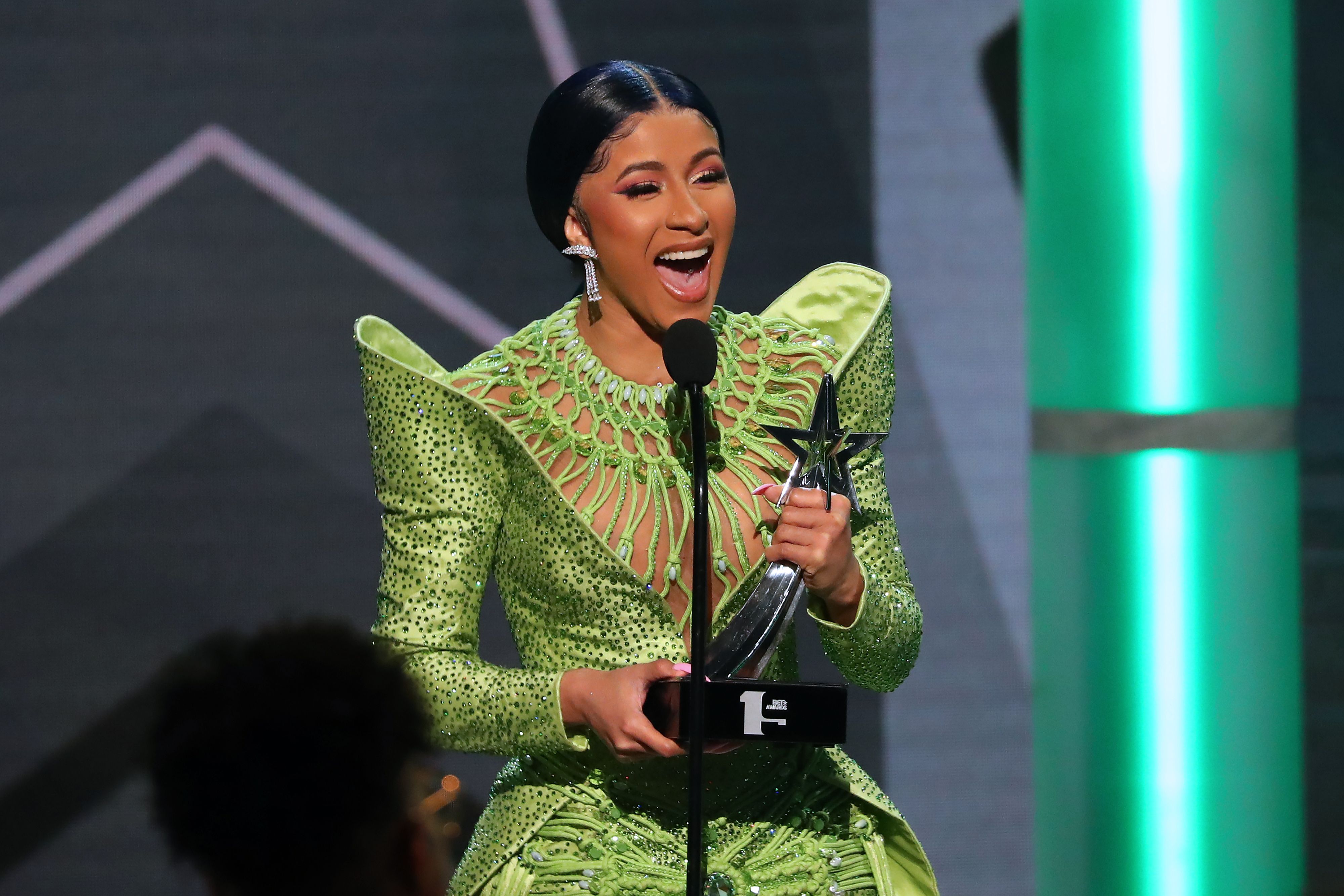 Days later, they were rocked by split rumours after she posted a series of erratic Instagram rants against him.

They reunited but in December he was accused of getting a model pregnant, which he denied.

In January 2018, a video went viral reportedly showing Offset cheating with another woman.

Their daughter Kulture is born in July but Offset and Cardi split in December. He then grovels to her on social media before ambushing her at a gig with giant signs reading "Take Me Back Cardi". And she did. 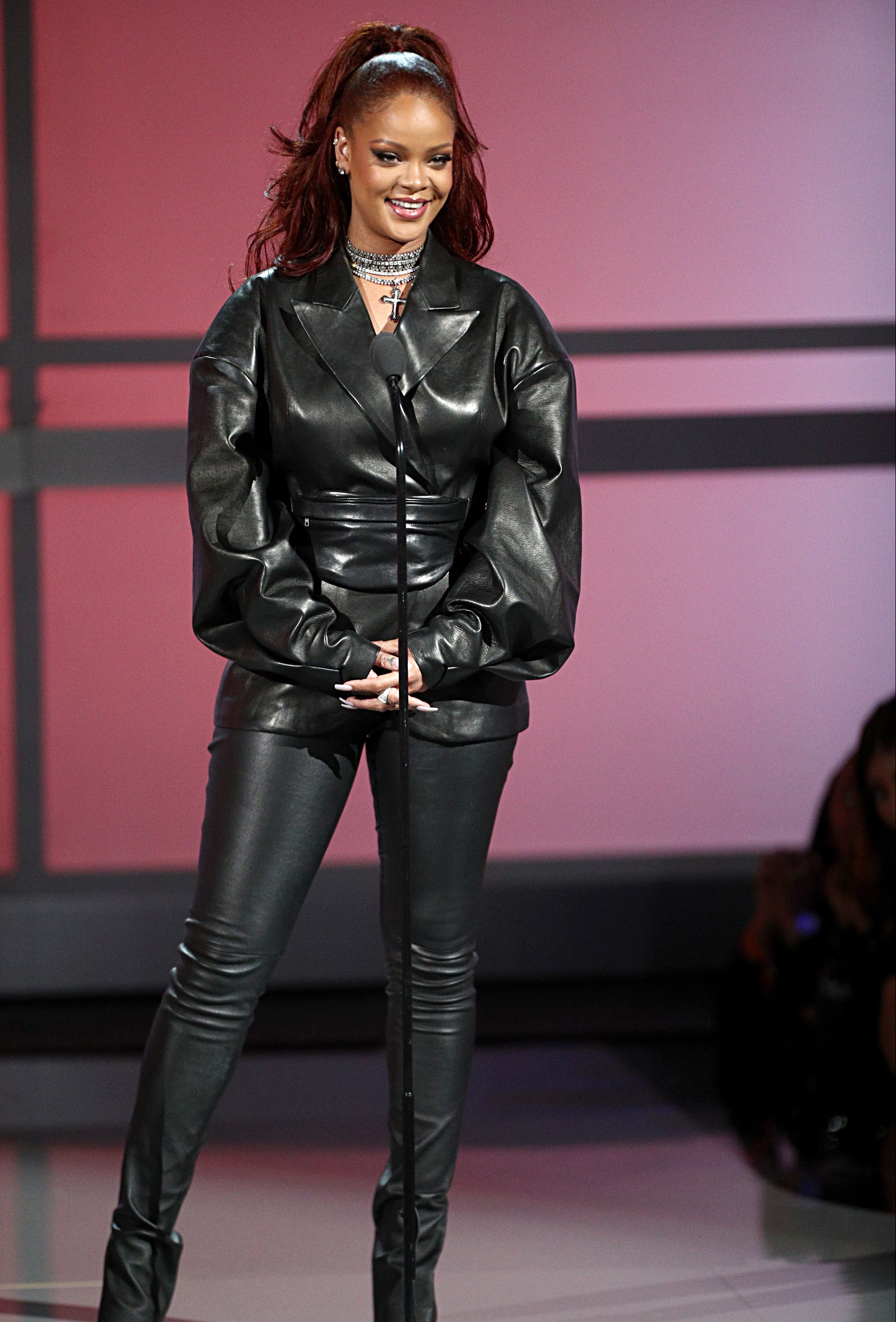 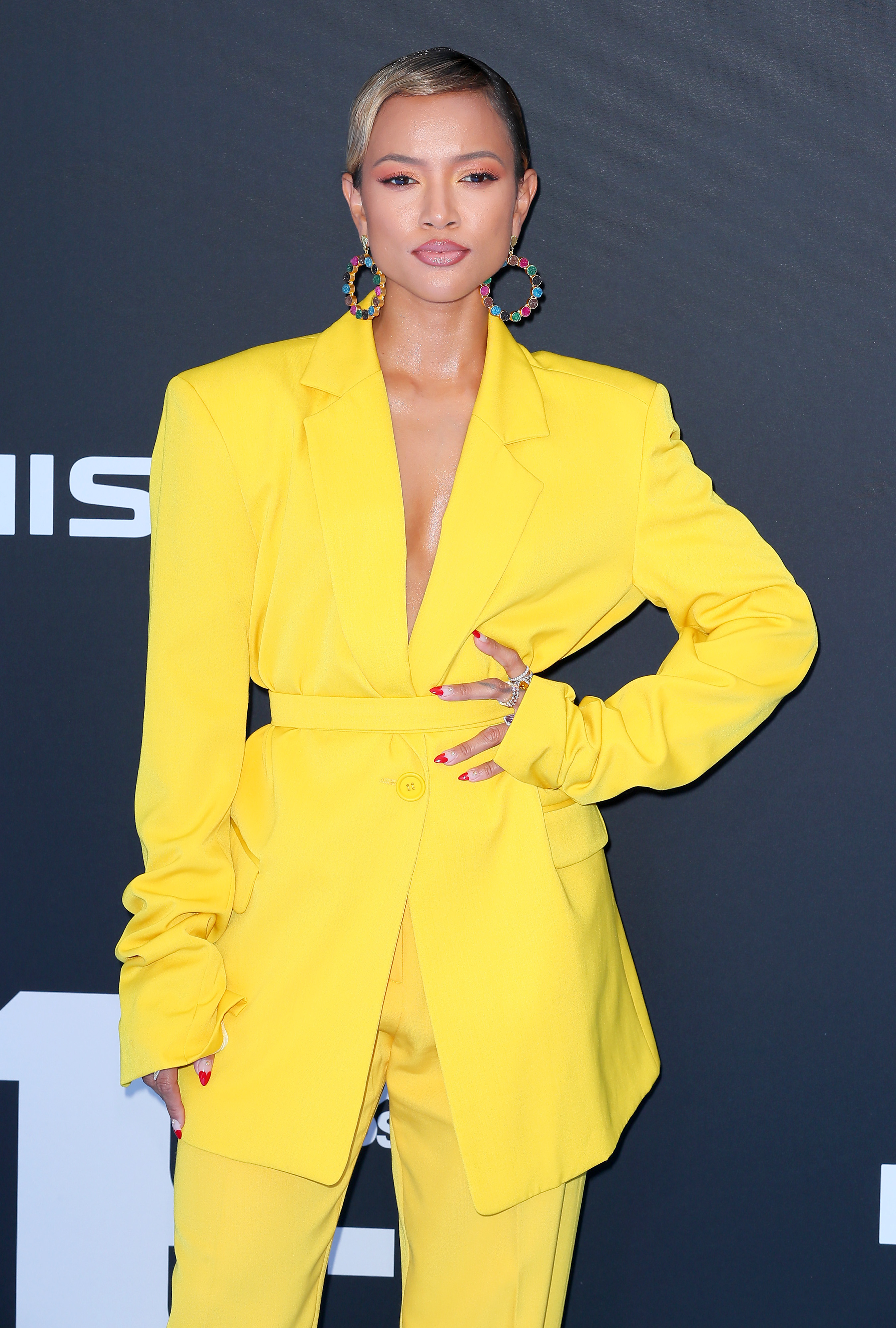 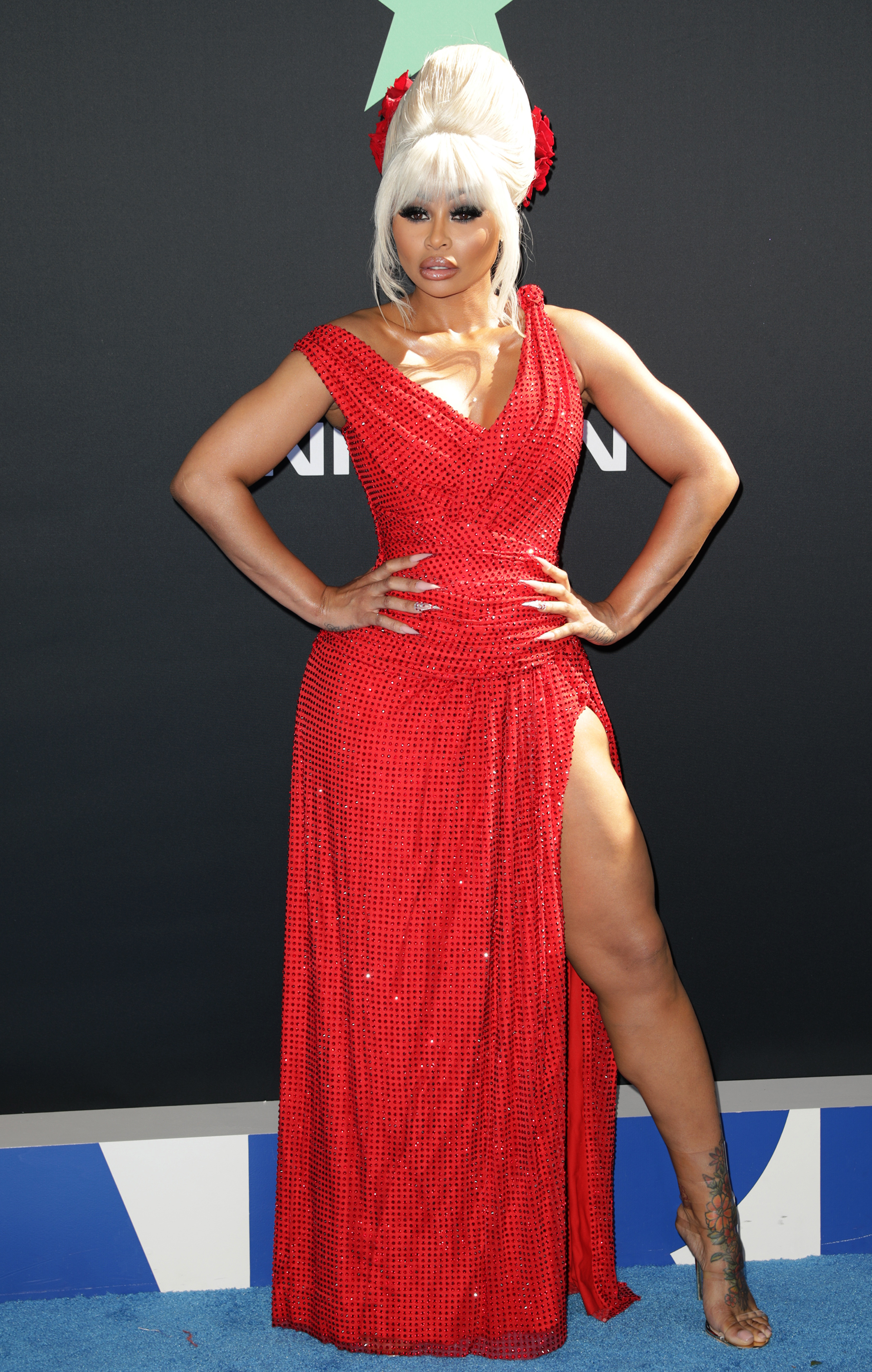 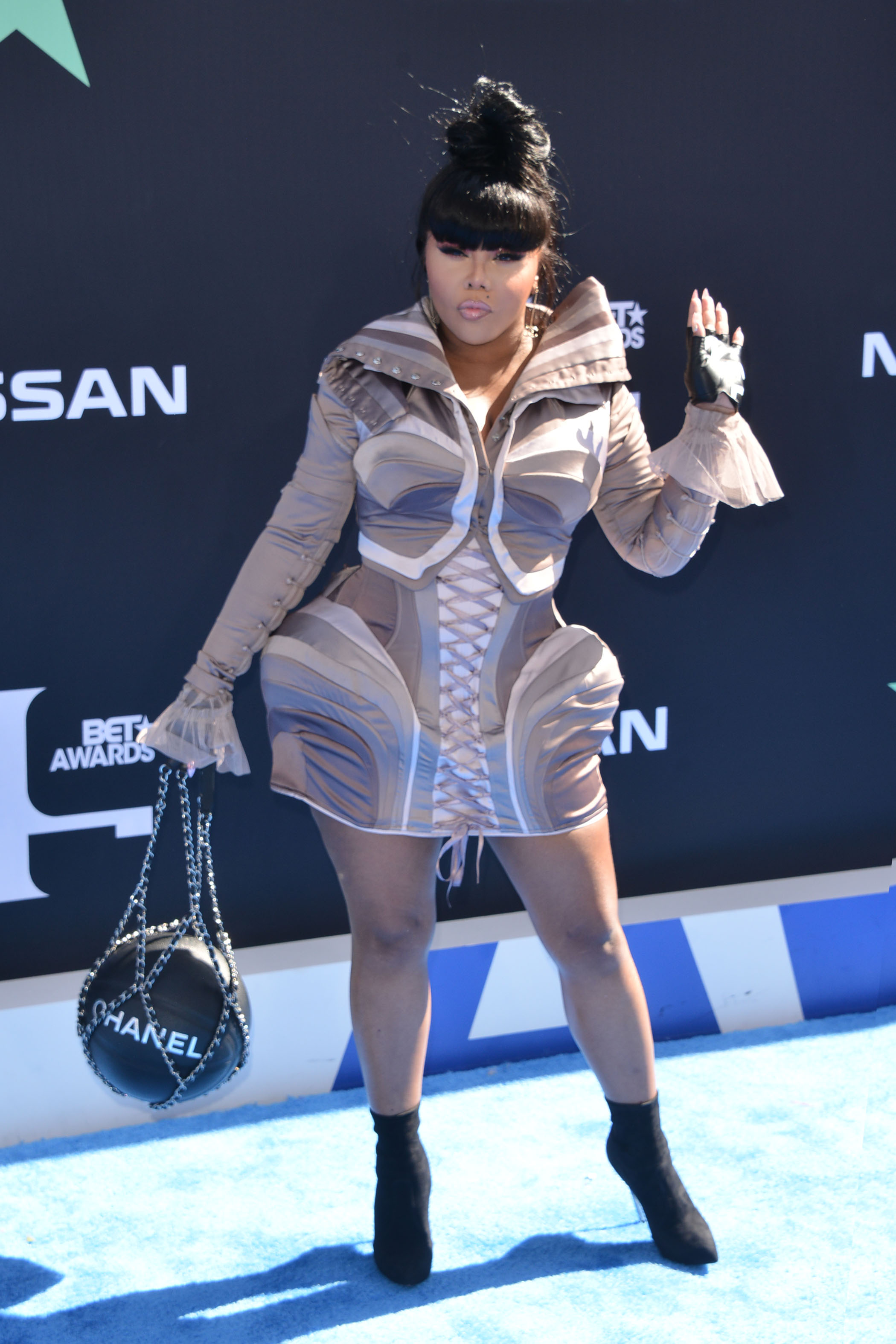 Bu she was the big winner of last night, scooping the Album of The Year award for Invasion of Privacy, and best female hip-hop artist.

The BET Awards (Black Entertainment Television Awards) were also attended by the likes of singer Rihanna and model Karrueche Tran – who both dated Chris Brown.