LOVE Island presenter Caroline Flack showed off her sensational figure in a yellow summer dress as she moves on from a James Jordan Twitter row.

The 39-year-old has only recently arrived back in the UK after hosting the show’s dramatic recoupling that saw several established partnerships end in tatters.

Heading out to House Festival at Kendalwood House in London, the TV star looked ready for fun in the flirty, sunshine-yellow dress.

The lacy number was held up with two tiny straps and featured a floaty, cheesecloth skirt with ruched sections to give a cute edge.

Adding a denim jacket round her waist to keep the evening’s chill out, Cazza finished her look with a favourite pair of leopard-print boots.

Caroline, who has been hosting the hit ITV show for five years, spoke out on Wednesday night to defend Islander Anna Vakili after ex-Strictly star James Jordan branded her a “nasty piece of work”. 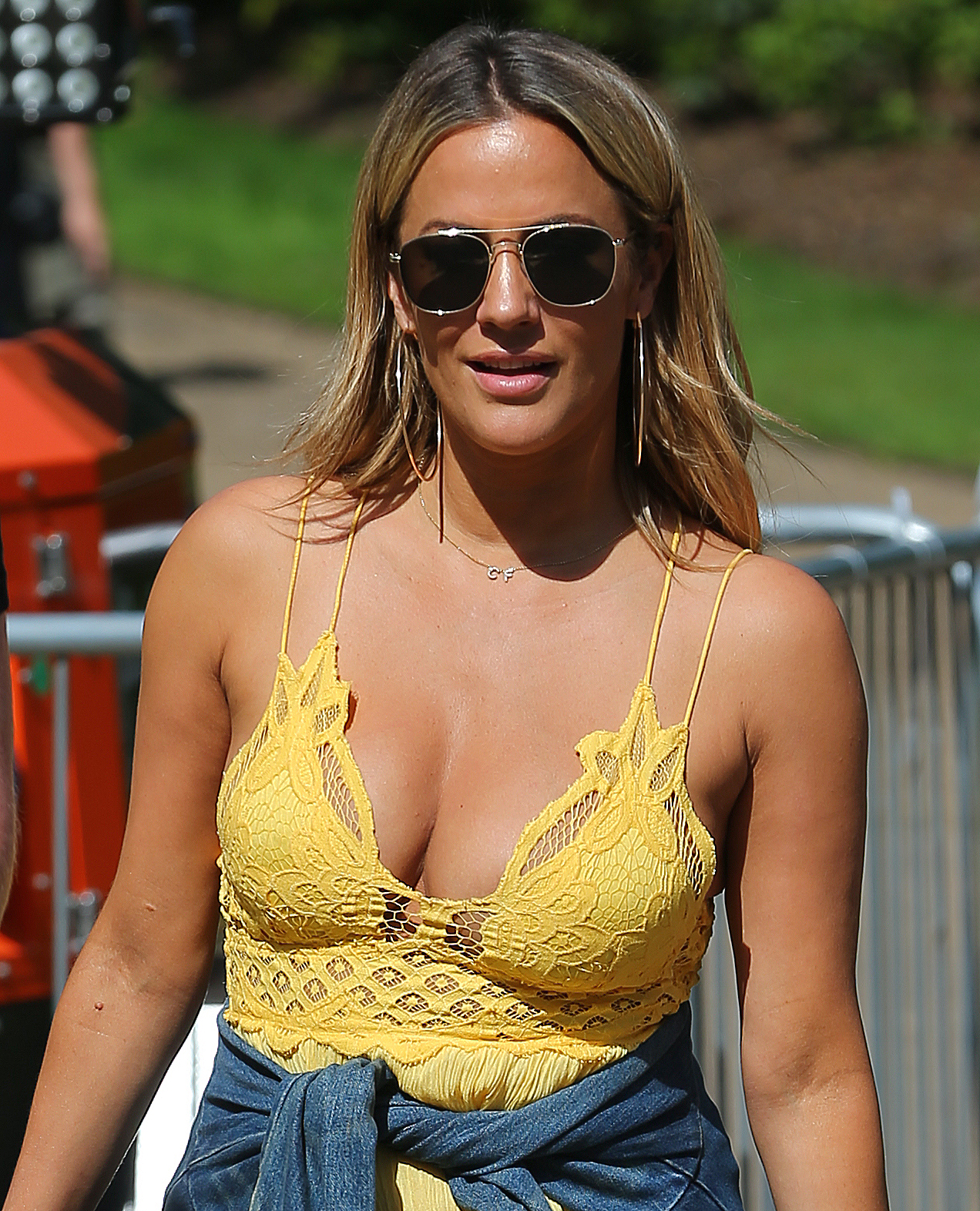 But Love Island fans, including James, weren’t on board with Anna’s behaviour and took to Twitter to blast her for attacking Michael.

The Dancing On Ice winner waded in, writing: “Anna is one nasty piece of work. At least the mean girls don’t have so much power in the villa anymore.” 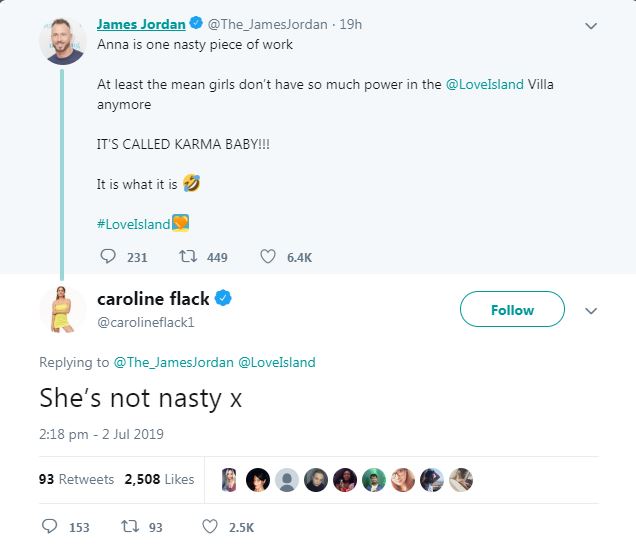 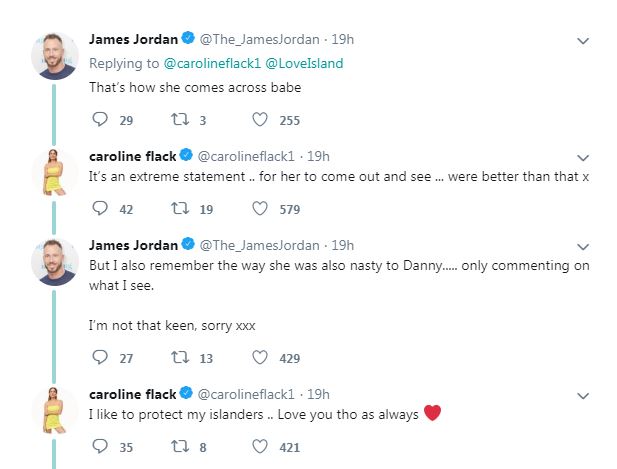 “That’s how she came across babe,” James responded. “But I also remember the way she was also nasty to Danny….. only commenting on what I see. I’m not that keen, sorry.”

“It’s an extreme statement .. for her to come out and see … were better than that,” the TV star said. “I like to protect my Islanders… Love you tho as always.”