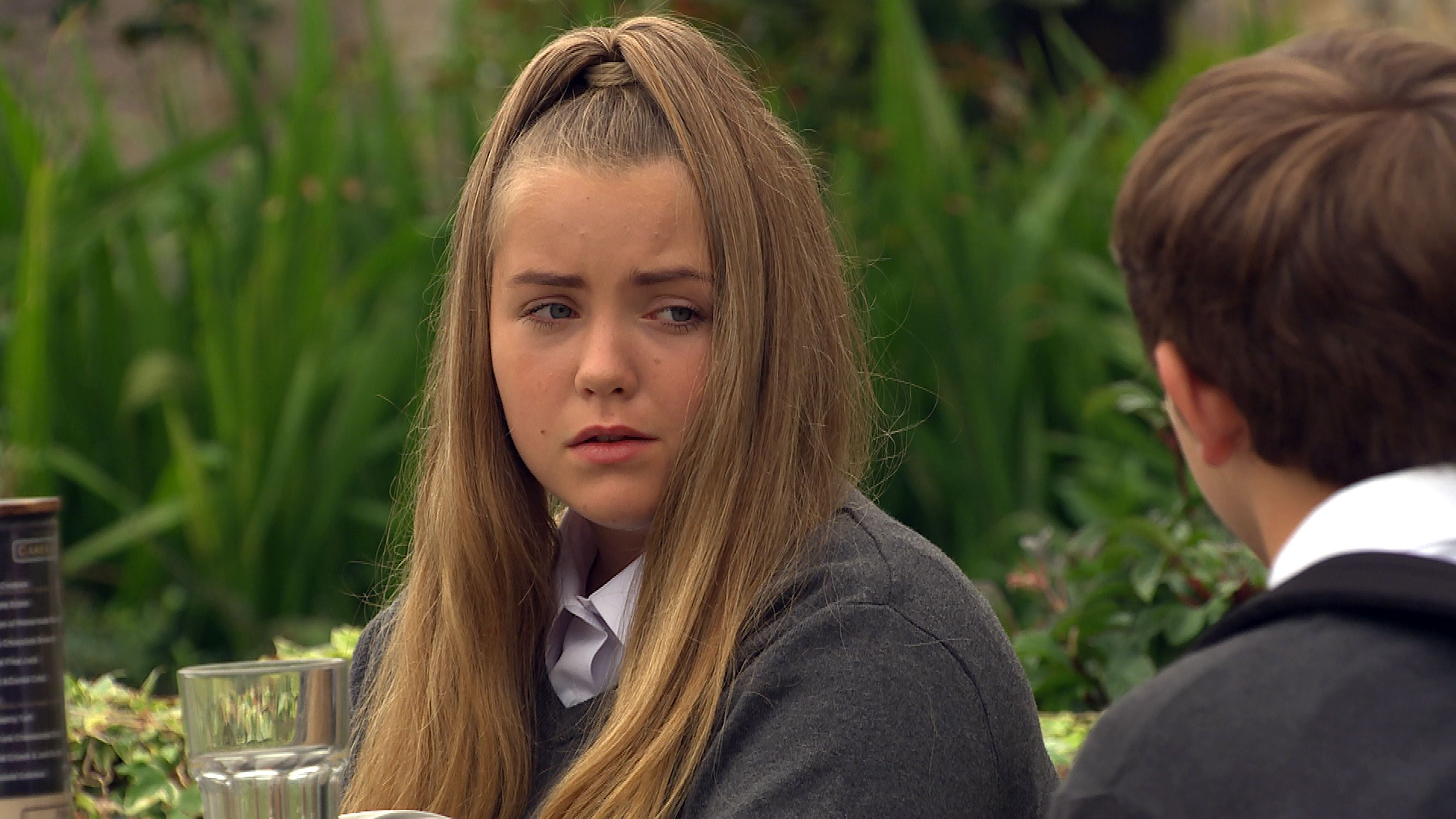 Back in early December Emmerdale boss Jane Hudson teased a storyline that had us intrigued. ‘There is a big storyline for Cathy (Gabrielle Dowling), Bob (Tony Audenshaw)’s daughter, that’s really emotional too – it’s her first big storyline and it’s a challenging one and I think it’s one a lot of parents will connect with. It’s one I haven’t seen a soap do before either,’ she told us.

This led to some speculation about what it could be, with fans suggesting a possible baby-swap storyline featuring Cathy and her brother Heath (Sebastian Dowling).

The story itself began to play out in the pre-Christmas episodes around the carol concert, when Cathy was shown to be moody all day and prone to spells of anxiety and depression. She told her brother that she would occasionally feel overwhelmed, but then things righted themselves again.

Upcoming episodes shed more light on this, and it turns out that the culprit is Cathy’s hormones.

When Bernice (Samantha Giles) tries to help Cathy with her revision, she’s hurt by Cathy’s cutting comments about her going through the menopause. Bob takes her to task about this, but when Heath interrupts Cathy responds by violently smashing his guitar on the floor.

The next day Bob gets a call from Cathy’s school to say she’s run out of a mock exam. She’s spotted by Bernice, who walks in on Cathy washing her skirt in the sink.

Mortified, Cathy tells Bernice that she’s been suffering from seriously heavy periods, and that’s why she had to leave her exam. Bernice is reassuring and says that Manpreet (Rebecca Sarker) will be able to do something to help.

While Cathy is able to talk to Manpreet and get the help she needs, she finds it harder to talk to Bob about such a personal issue so she lies to get him off her case.

Will she be able to open up about what’s been going on?