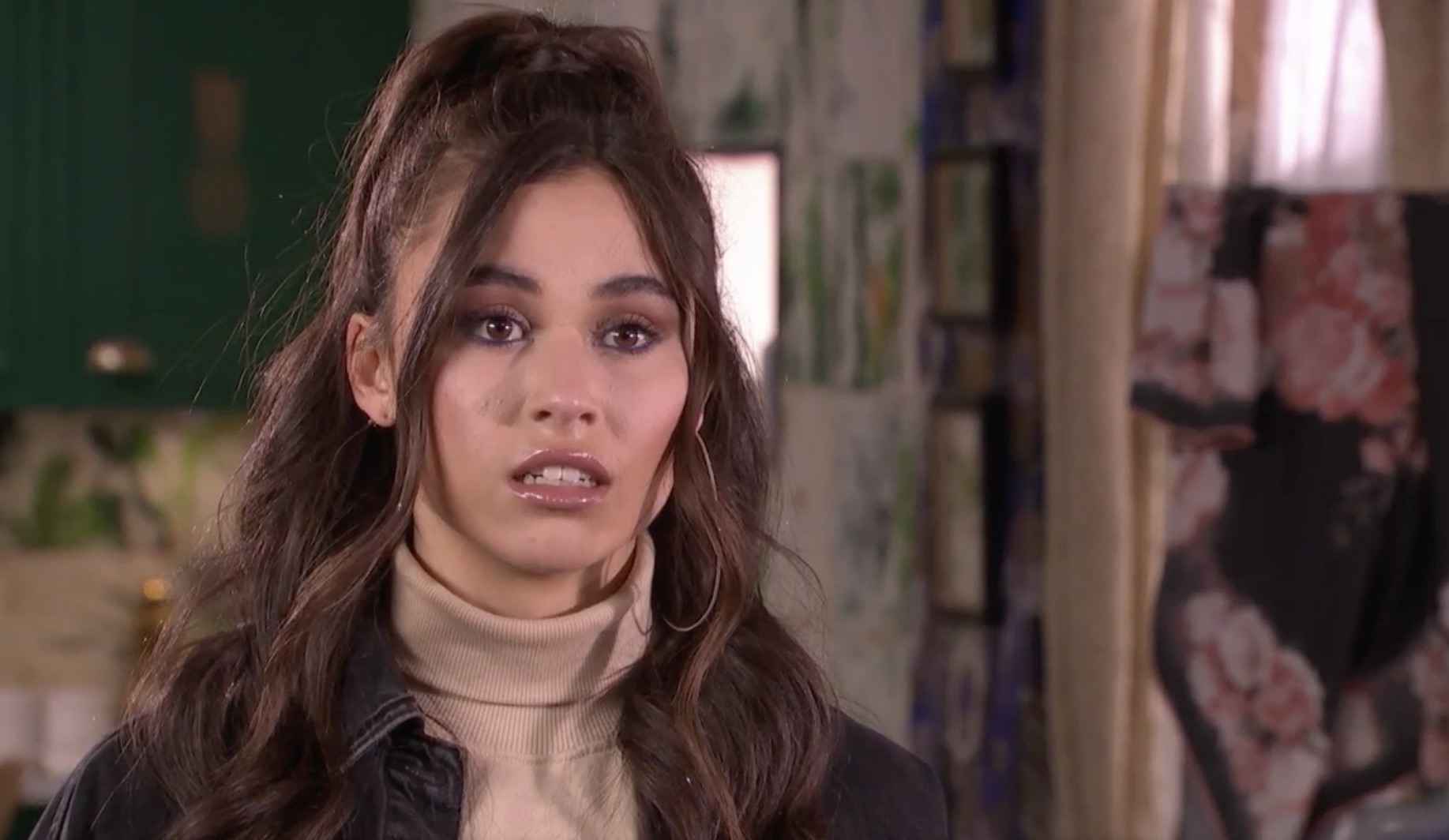 Cher McQueen (Bethannie Hare) takes shocking action in upcoming Hollyoaks scenes, yet again endangering the lives of those around her.

The former influencer promised to turn over a new leaf in the wake of Mercedes’ (Jennifer Metcalfe) gaslighting ordeal, but things are set to take quite the turn.

In scenes this Friday (August 20), she transfers dad Sylver (David Tag) her own savings, after watching him struggle to raise the money for his fertility treatment.

Sylver, however, refuses to accept her cash, and instead sets about making a deal with the devil, as he approaches Fergus Collins (Robert Beck).

Cher, meanwhile, opens up to boyfriend Romeo Nightingale (Owen Warner), admitting that her savings were for their future together, a revelation which leaves Romeo feeling incredibly guilty.

Viewers will know that the young lad cheated on Cher with her stepmum Mercedes earlier this year.

Mercedes is stunned when Romeo tells her that he plans to come clean to Cher, but Romeo isn’t the only obstacle standing in the way of the landlady’s happiness, as Donna-Marie (Lucy-Jo Hudson) is up to her old tricks once again.

Donna-Marie demands another £2000, revealing she’ll expose Mercedes’ sordid fling if she doesn’t do as she asks. Mercedes, however, responds with an ultimatum of her own, and plans to spike her foe’s drink!

Mercedes is later forced to deal with the repercussions of her actions, while Cher is shocked, as Romeo admits that he doesn’t love her.

Heartbroken, Cher let’s him in on a secret about his mum and, before long, she takes dangerous advice from her so-called friend, ‘Jade’.

But tragedy strikes, as Cher makes a huge mistake. She’s accidentally poisoned the wrong person, and therefore has to face the music!

Diane Hutchinson (Alex Fletcher), meanwhile, discovers that one of the McQueens has fallen sick.

The question is: who is it? And will said person perish as a result of Cher’s horrific actions?