Kelly Rowland came to Chris Brown‘s defense on Sunday while presenting him with Favorite Male R&B Artist at the 2022 American Music Awards. 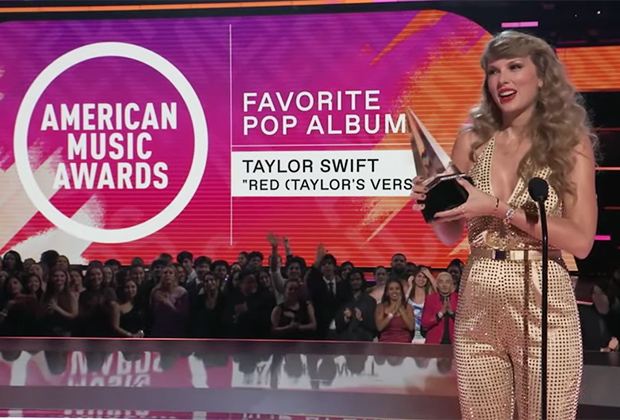 Rowland’s announcement of Brown’s win elicited boos from several audience members at the Microsoft Theater, but the former Destiny’s Child singer was quick to shut them down.

“Chris Brown is not here tonight, so I’m accepting this award on his behalf,” Rowland began. Upon hearing the negative reactions, she replied, “Excuse me, chill out,” pointing a finger in the general area of the boos.

Nominated against Brown in this category were Brent Faiyaz, Givēon, Lucky Daye and The Weeknd.

Watch footage of the controversial moment below:

Brown, of course, has been an extremely controversial public figure ever since he was charged with assaulting then-girlfriend Rihanna in February 2009. The incident occurred while the couple was on their way to the Grammys. Brown pled guilty to felony assault.

Your thoughts on this awkward AMAs moment? Drop ’em in a comment below.