But the picture of perfection couldn’t hide the human being who was cracking up under the pressure of hiding her true self. 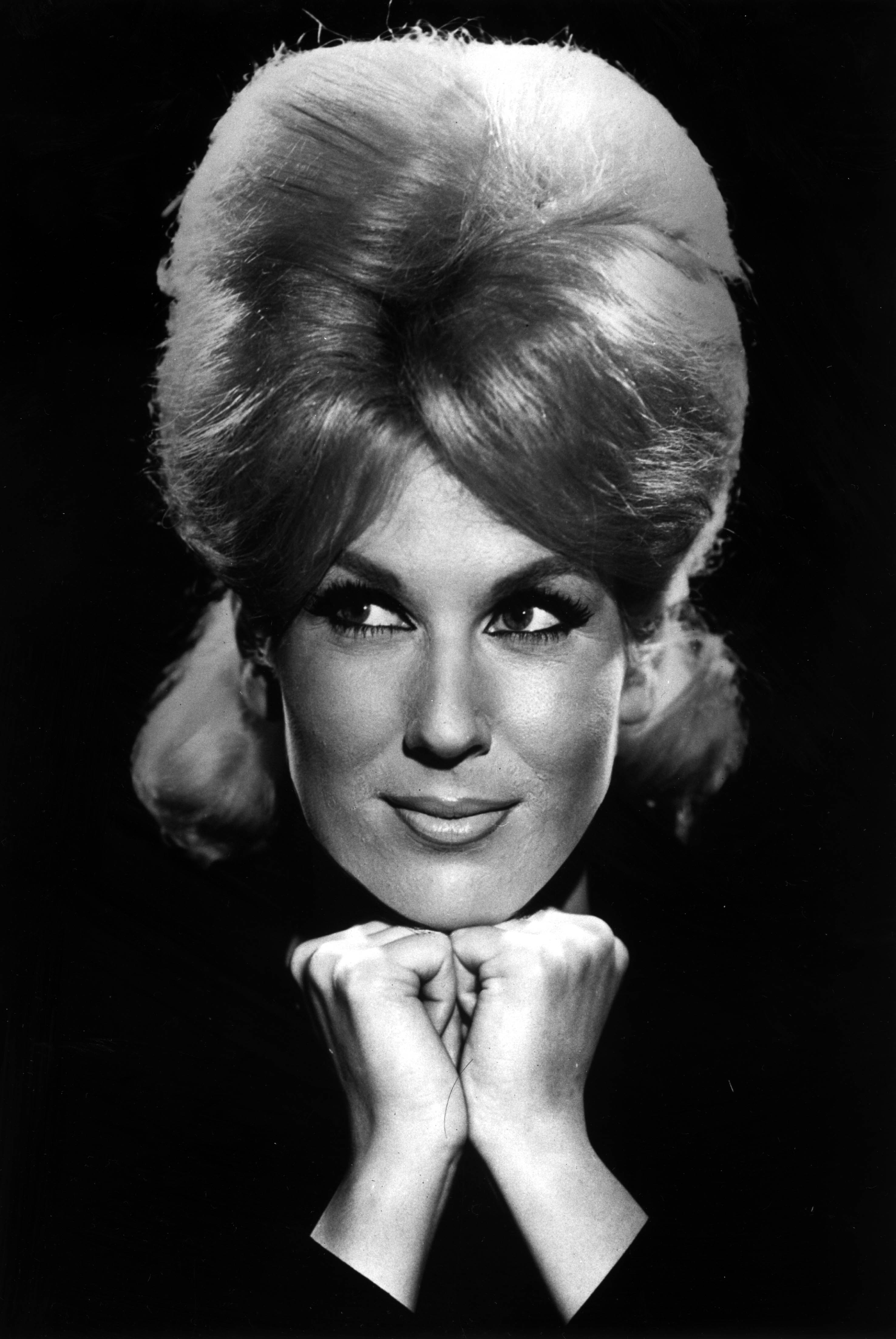 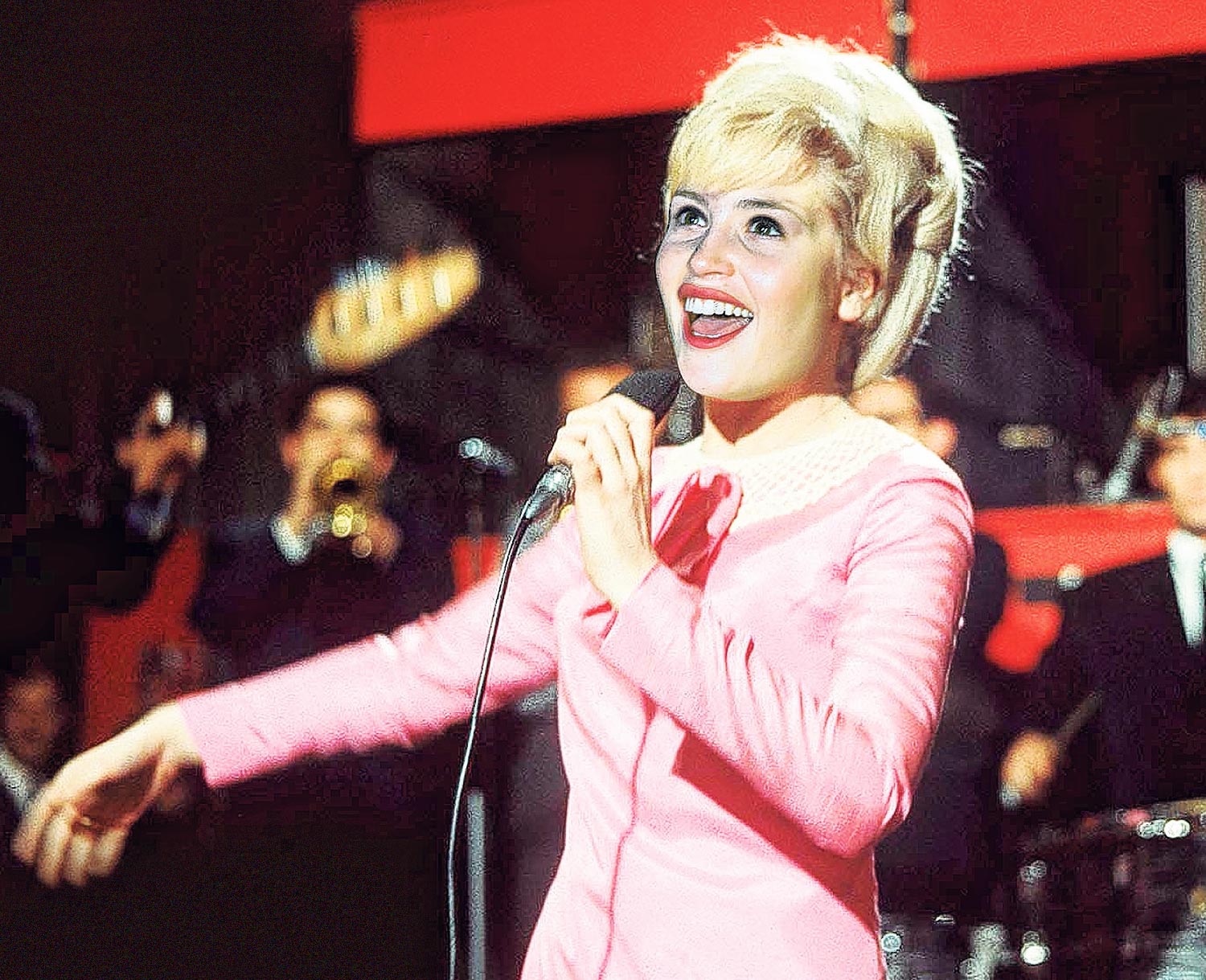 Finally her inner turmoil led Dusty to be sectioned in a psychiatric hospital, in one of many such stays.

In the Sixties she had become one of Britain’s most successful singers, with 16 hit singles including I Only Want To Be With You and Son Of A Preacher Man, but she also battled cocaine abuse, alcoholism, suicidal feelings and a volcanic temper.

Now it is the job of Gemma Arterton — currently starring as Sister Clodagh in steamy TV hit Black Narcissus — to bring the brilliantly souful singer to life for a new generation in a forthcoming biopic.

While researching the role, 34-year-old Gemma discovered exactly how far the London-born singer sank as her career imploded, finally dying aged just 59 in 1999.

She said: “There was a really bleak time in the Seventies when she was absolutely broke, on drugs and a wreck.

"She used to go into drag clubs and enter Dusty Springfield competitions, pretending to be herself in order to win $100 or $50. And sometimes she didn’t win.” 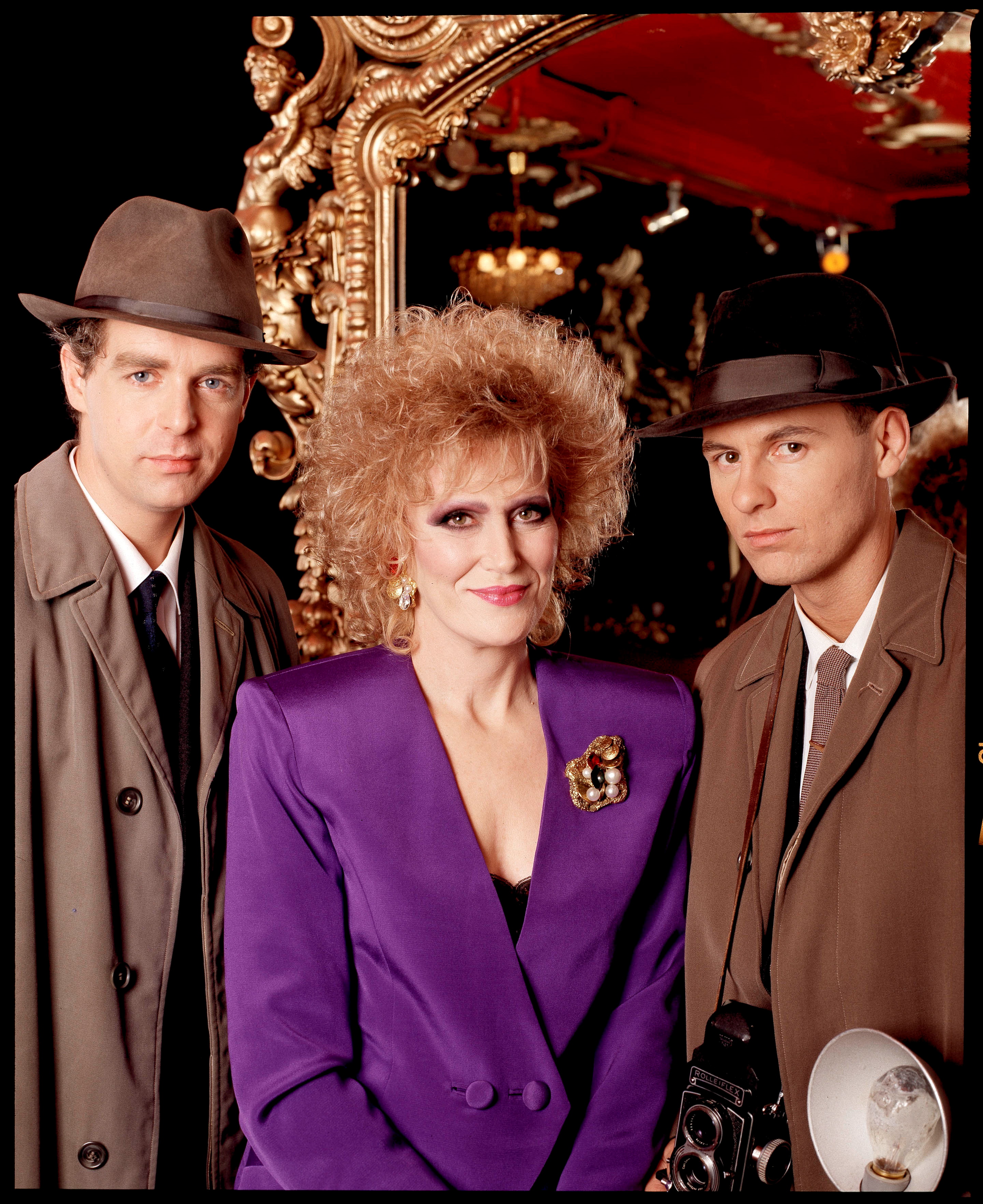 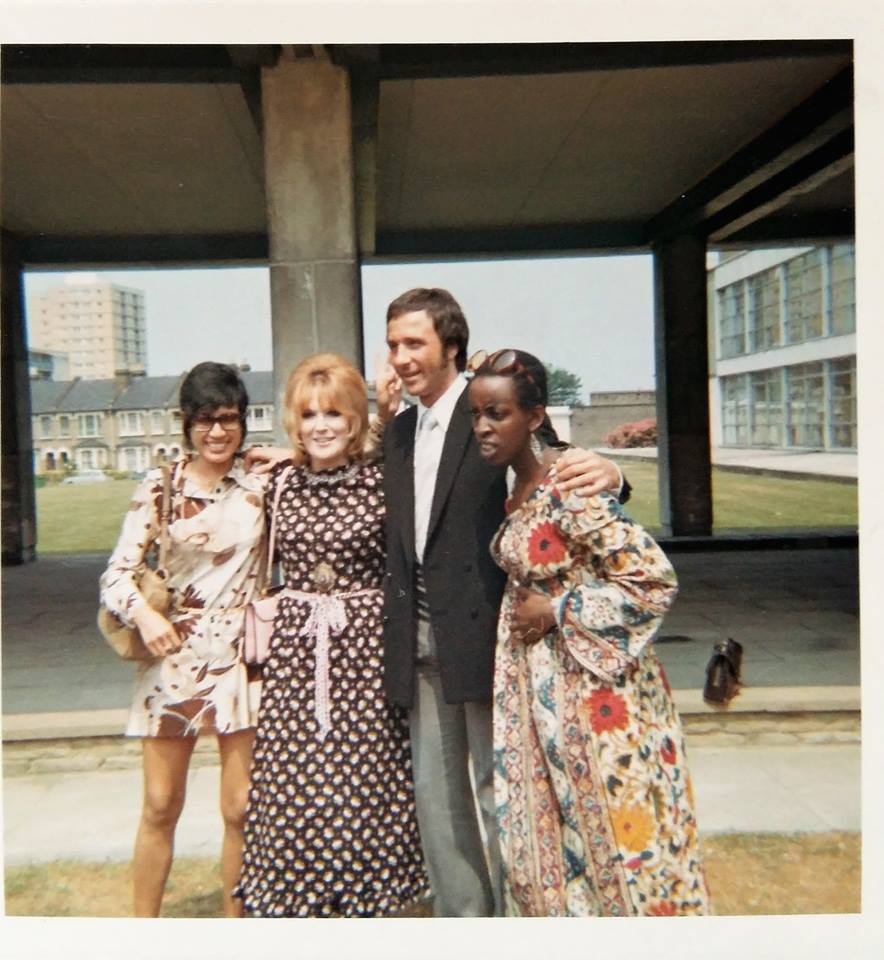 At the heart of Dusty’s internal conflict were body image issues — despite her instantly recognisable blonde beehive, black eye make-up and cool glamour — and the pain of keeping secret that she was gay.

Even though she found fame in the Swinging Sixties, this era of free love was not so liberal that stars could come out with no consequences.

Today Dusty is considered one of Britain’s greatest ever pop vocalists, with her blue-eyed soul classics such as The Look Of Love, Wishin’ And Hopin’ and I Just Don’t Know What To Do With Myself.

The new TV film of her life, So Much Love, will be set at the peak of her popularity in 1968, when she went to Tennessee to record the album Dusty In Memphis.

American folk singer Norma Tanega, her lover during that period, told The Sun before her death last December: “Dusty was very human and a fantastic singer.

“She was a complex character. I don’t even know how you would capture the essence of what she was about. If you have never been in love with a celebrity you should try it. It was hard.”

From the start, Dusty was not one who truly fitted in. She was born Mary O’Brien in well-to-do Hamp-stead, North London in 1939, the year the Second World War broke out.

Her father Gerard, an accountant, called his daughter “stupid and ugly”, while her unhappy mother Catherine found solace in booze.

The shortage of parental love led Mary, who wore NHS glasses, to consider herself “an awful, fat, ugly, middle-class kid” and to burn herself on radiators.

Sent to study at a convent school, she outraged teachers by singing the African American song Saint Louis Blues at a talent show.

Nicknamed Dusty by local boys after she took to playing football with them in the street, she added the surname Springfield when she began performing in clubs with older brother Dionysius, who had adopted the stage name Tom Springfield.

She had a couple of top ten hits in the trio The Springfields, with Tom and guitarist Tim Feild, before going solo in 1963. 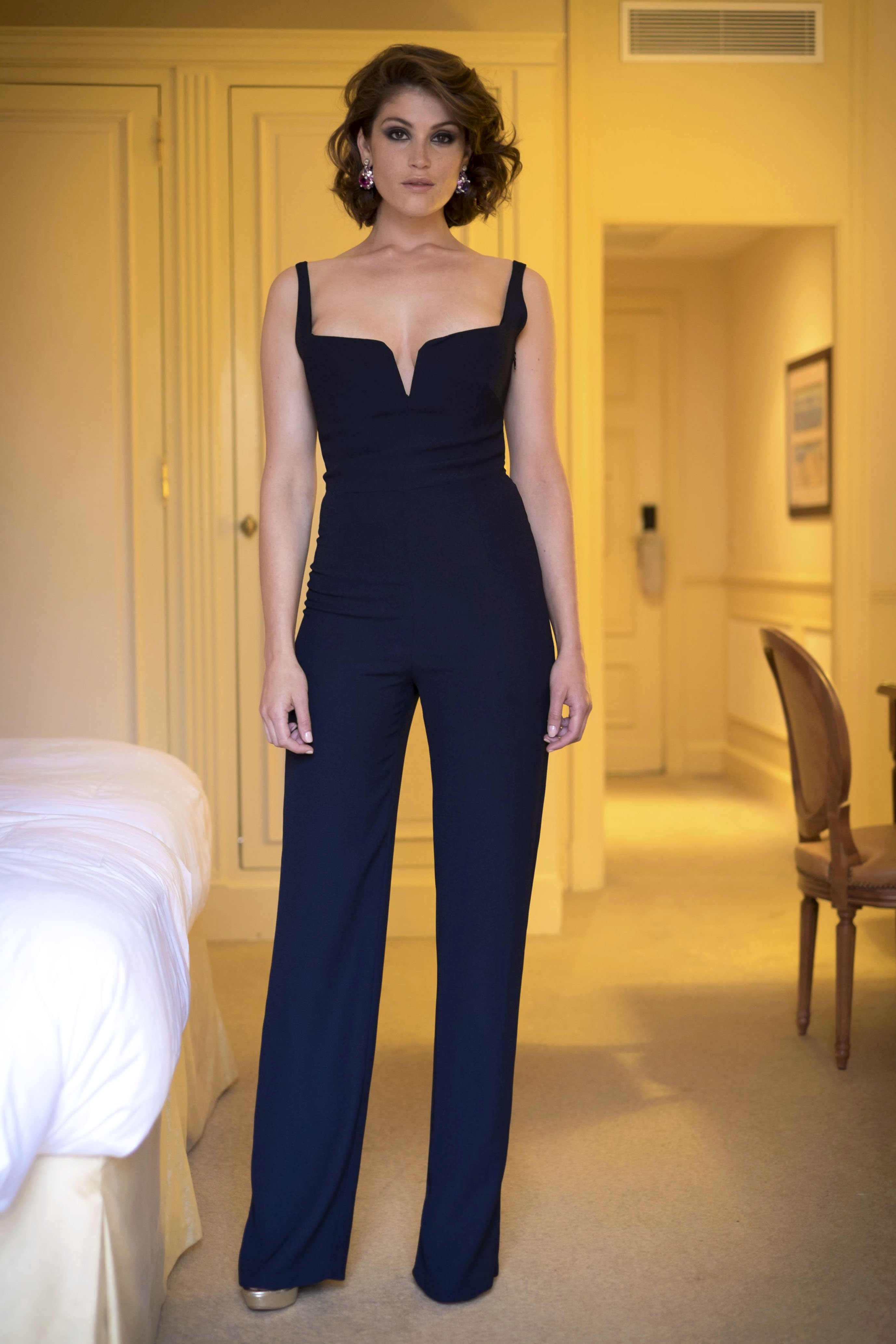 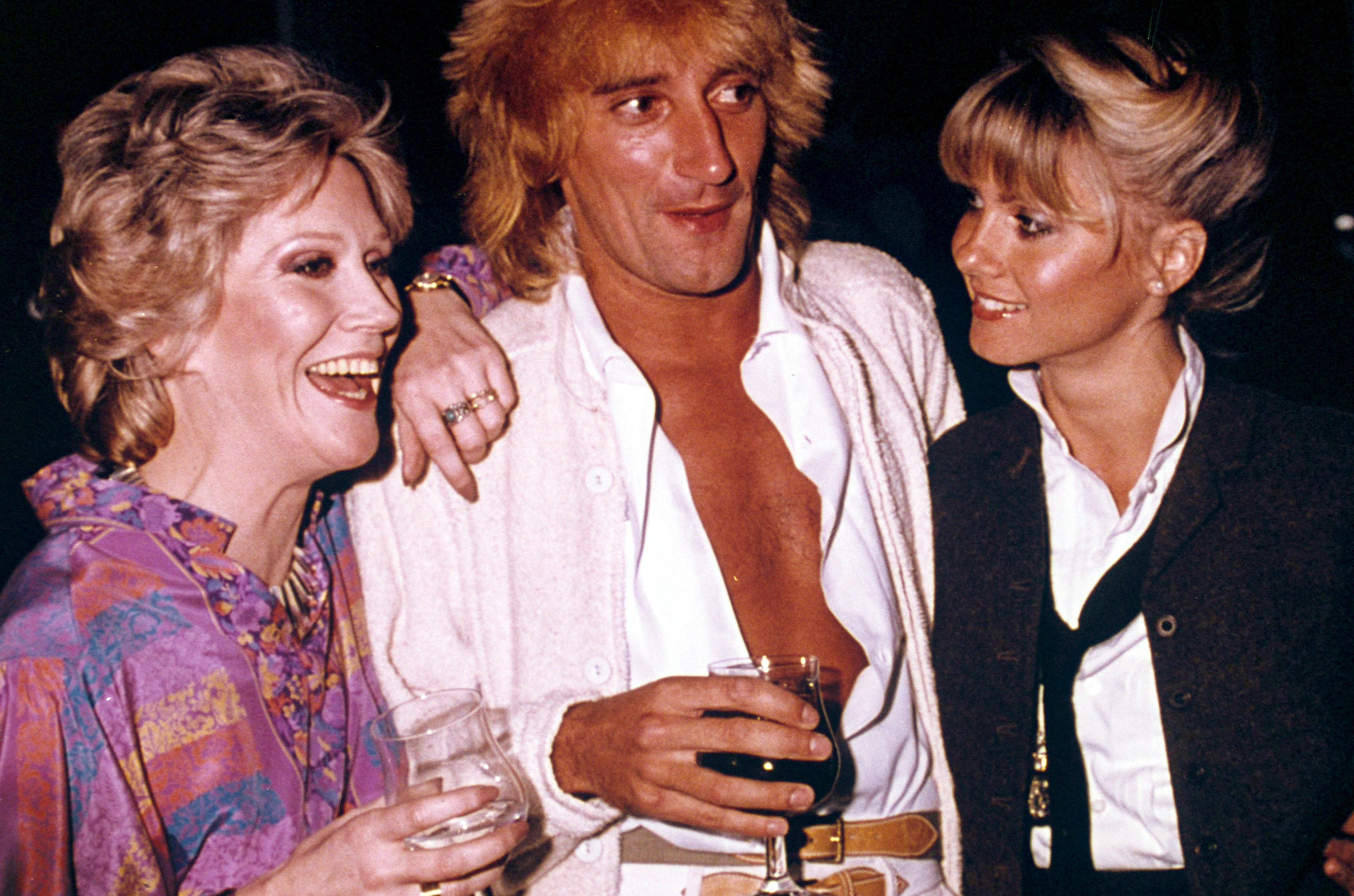 Dusty was an immediate hit, getting to No4 with first single I Only Want To Be With You, then topping the charts three years later — for the only time in her career — with You Don’t Have To Say You Love Me.

She fell for Norma when they met on the ITV pop show Ready Steady Go! in 1967 and they soon set up home together in Kensington, West London.

Norma, who died aged 80, said: “I lived with Dusty for five years in London on a road called Aubrey Walk. I was new to the city and I enjoyed every minute of it. It was amusing. If somebody sends you a hamburger in a limousine, it’s amusing.”

Rumours about Dusty’s sexuality had swirled for years. Then, in 1970, she made a bold move by telling a journalist: “I know I’m perfectly as capable of being swayed by a girl as by a boy.”

Whether coming out damaged her career is unclear, but it was not until 1987 that Dusty had another hit.

It was not the first example of the outspoken performer taking on prejudice.

EVERY 90 minutes in the UK a life is lost to suicide.

It doesn't discriminate, touching the lives of people in every corner of society – from the homeless and unemployed to builders and doctors, reality stars and footballers.

It's the biggest killer of people under the age of 35, more deadly than cancer and car crashes.

And men are three times more likely to take their own life than women.

Yet it's rarely spoken of, a taboo that threatens to continue its deadly rampage unless we all stop and take notice, now.

That is why The Sun launched the You're Not Alone campaign.

The aim is that by sharing practical advice, raising awareness and breaking down the barriers people face when talking about their mental health, we can all do our bit to help save lives.

Let's all vow to ask for help when we need it, and listen out for others… You're Not Alone.

If you, or anyone you know, needs help dealing with mental health problems, the following organisations provide support: 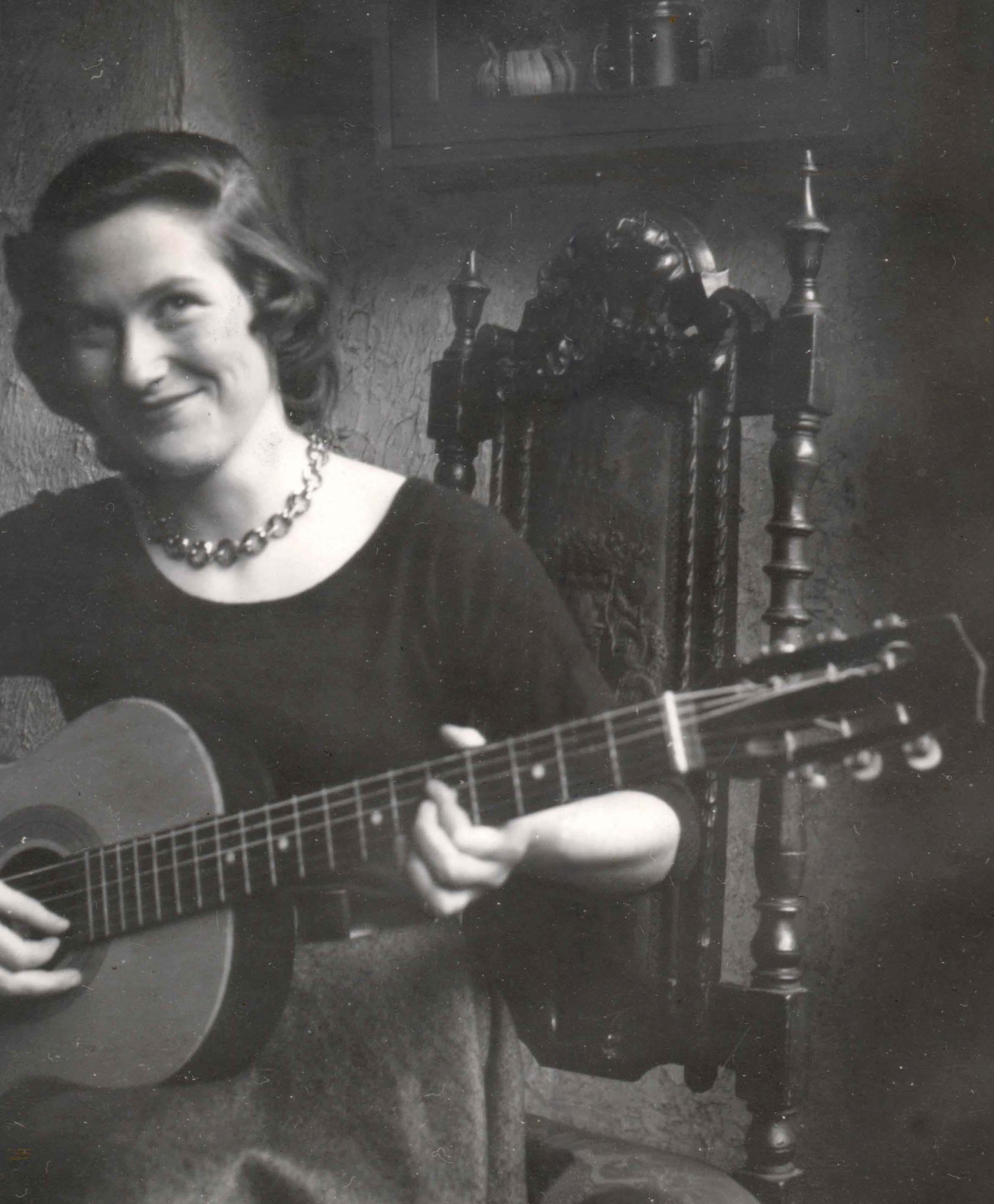 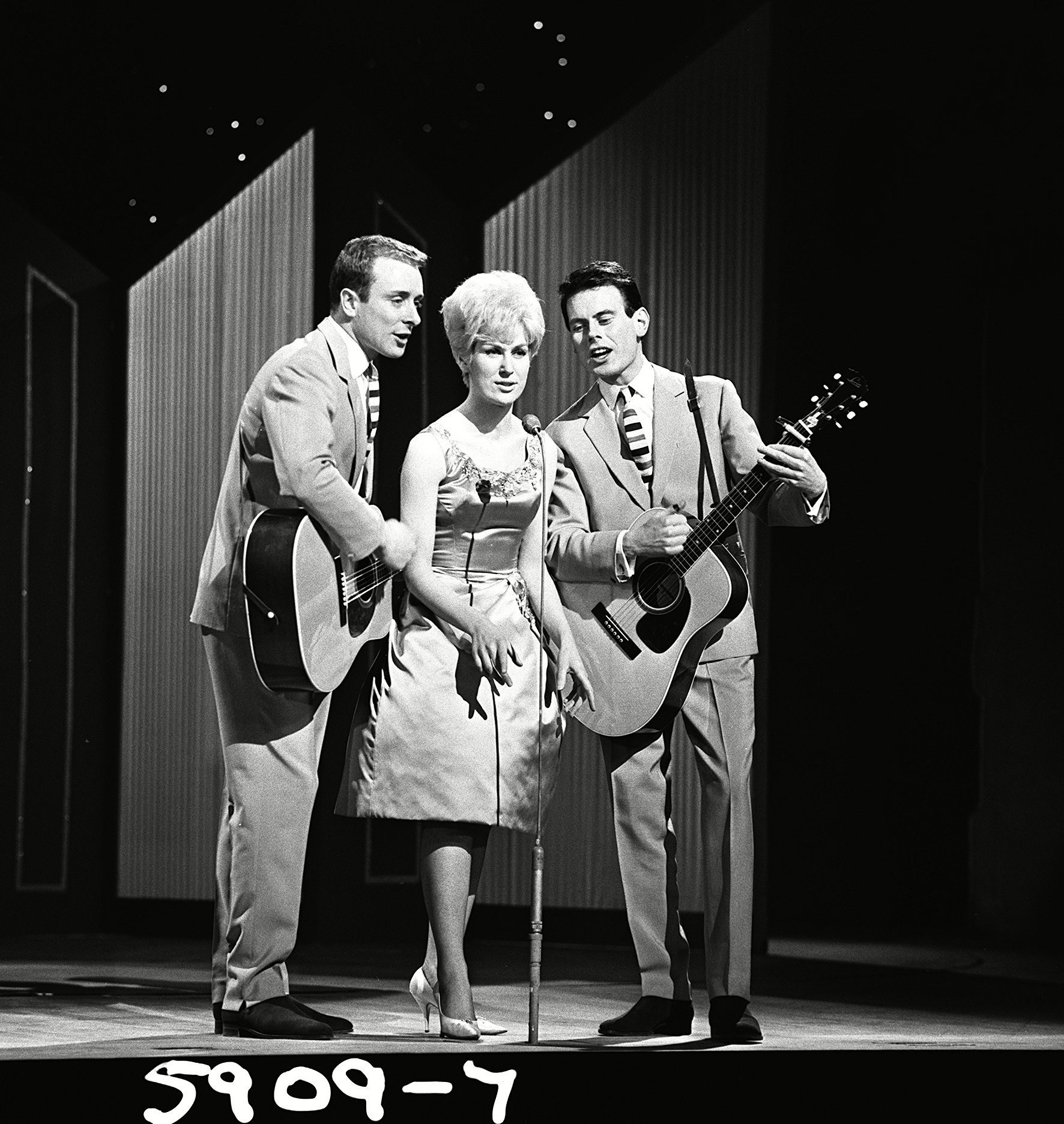 In 1964 she was deported from apartheid-riven South Africa for refusing to perform before segregated audiences, and in racially divided America she insisted on working with black musicians.

There is little doubt that the pressures of showbusiness contributed to her downfall. Plagued by body image issues, she had a nose job and would spend three hours in make-up.

Having avoided drink until she was 25, she was turned on to alcohol when one of American soul group The Temptations gave her 88 per cent proof vodka to numb the pain of a sore throat before going on stage.

Soon she was seriously hitting the bottle and also taking cocaine. Dusty once admitted drugs had “scrambled” her life, adding: “I felt I was obsolete, with a feeling of uselessness.”

She gained a reputation for being difficult to work with due to her exacting standards and her lack of confidence in her performances.

Often she would insist producers record her vocals again and again or she would throw a tantrum. 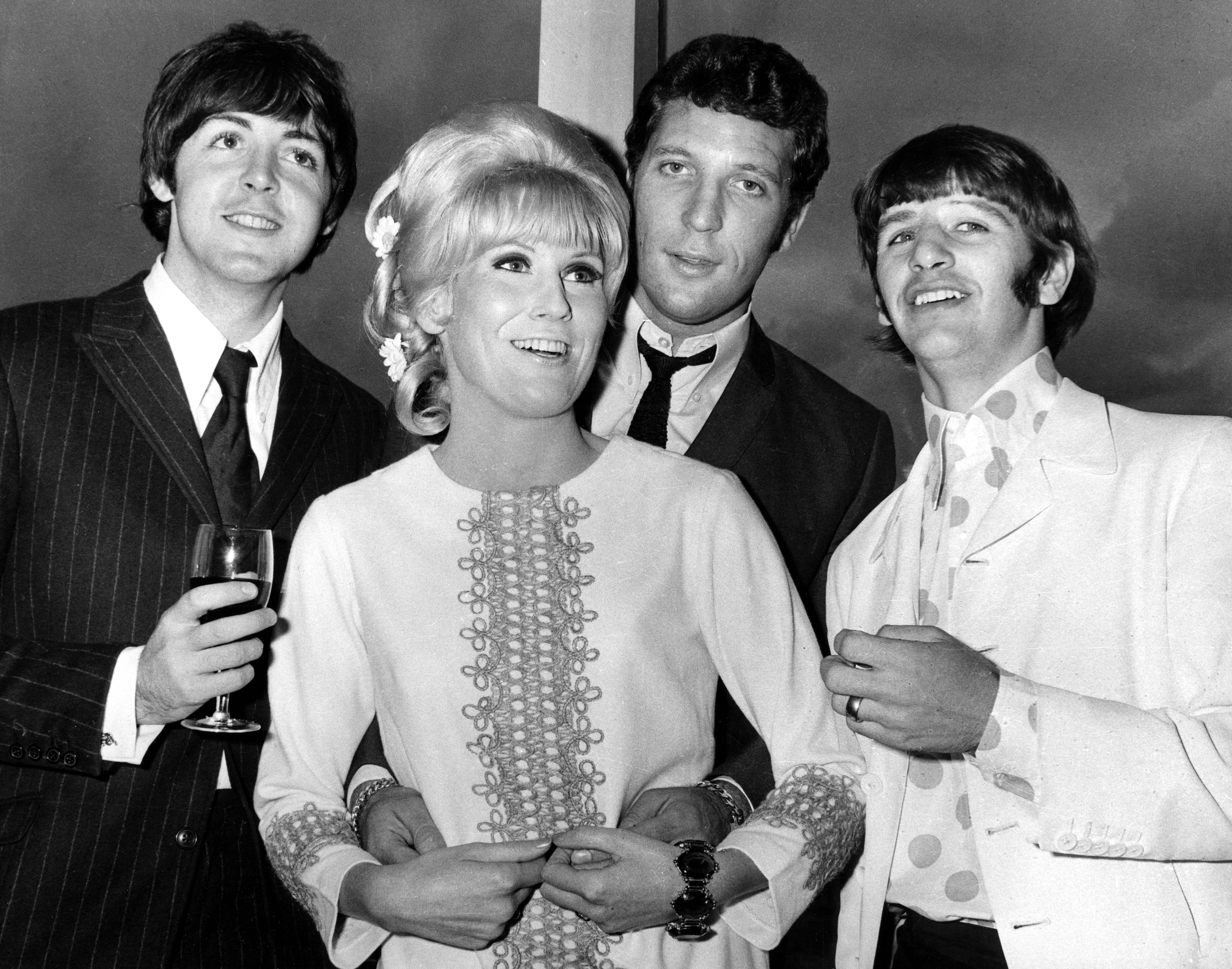 Retired US tennis star Rosie Casals was friends with Dusty from 1971 until the singer’s death.

She said: “I know some of her friends and managers felt she was difficult to work with because she was temperamental and a perfectionist.”

Signs were becoming evident of the bipolar disorder which would later be diagnosed.

On some days Dusty was the boisterous friend who started fun food fights, yet on others she had dark moods.

Rosie, 72, recalled: “I know she had her bouts with alcohol and depression but inside she was a very loving and giving person who loved people and especially animals.

“She was soulful, witty, with a biting sense of humour.” 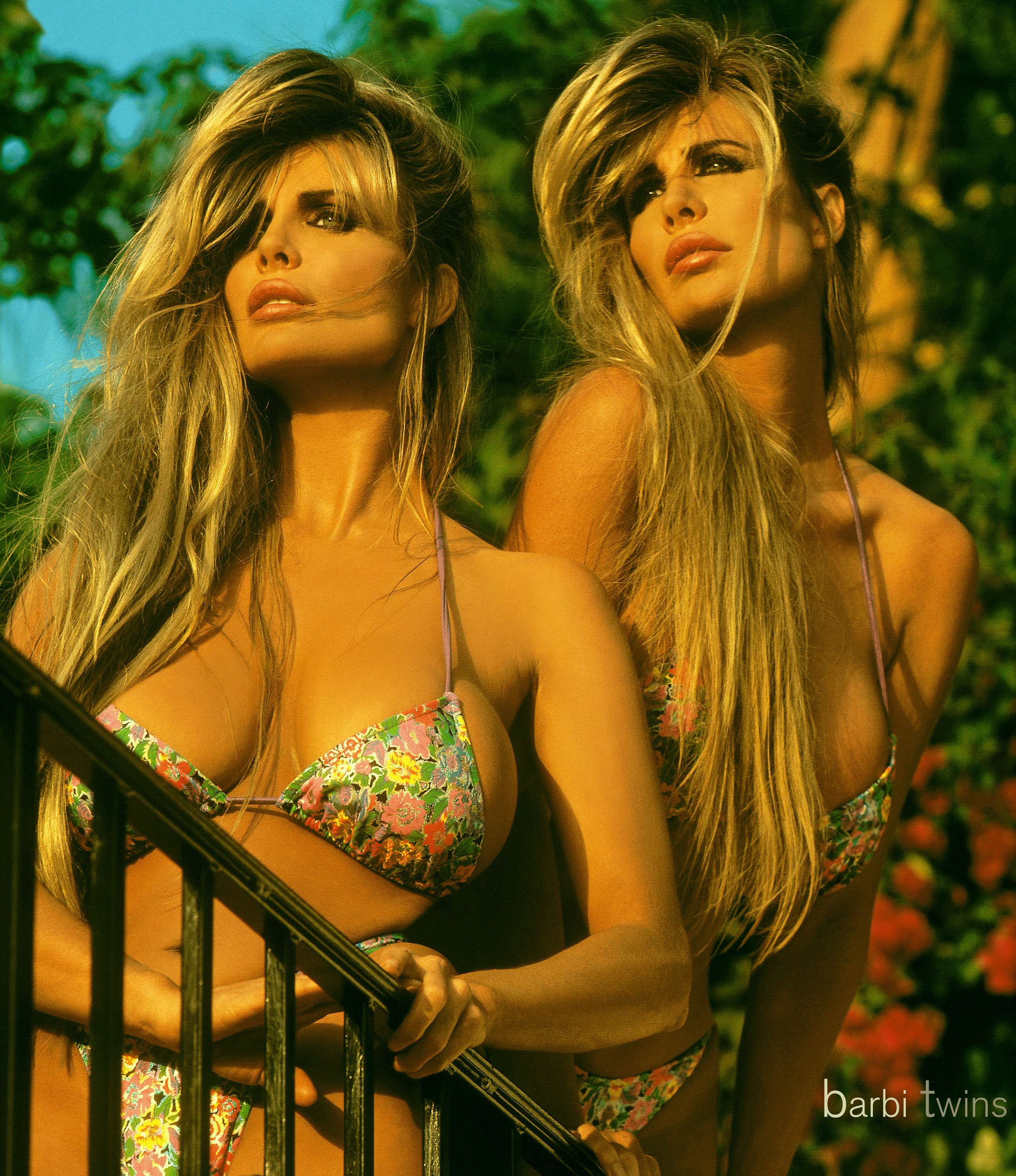 Out in liberal California, Dusty was able to be more open about being gay, living with Marsha for a couple of years.

Shane, 57, told The Sun: “Dusty and our mum did not want to be defined by what they did in the bedroom, but there was no shame or guilt.”

Shane and her sister, who are vegan, run an animal charity, Alley Cat Allies, having got their dedication to cats from Dusty.

In her will, the singer stipulated that her own cat should have special imported food and sleep in a 7ft indoor tree house.

The Barbi twins — Prince William’s first crush — looked upon Dusty as a stepmum. Shane said: “She was like a proud momma who took us underneath her wings. 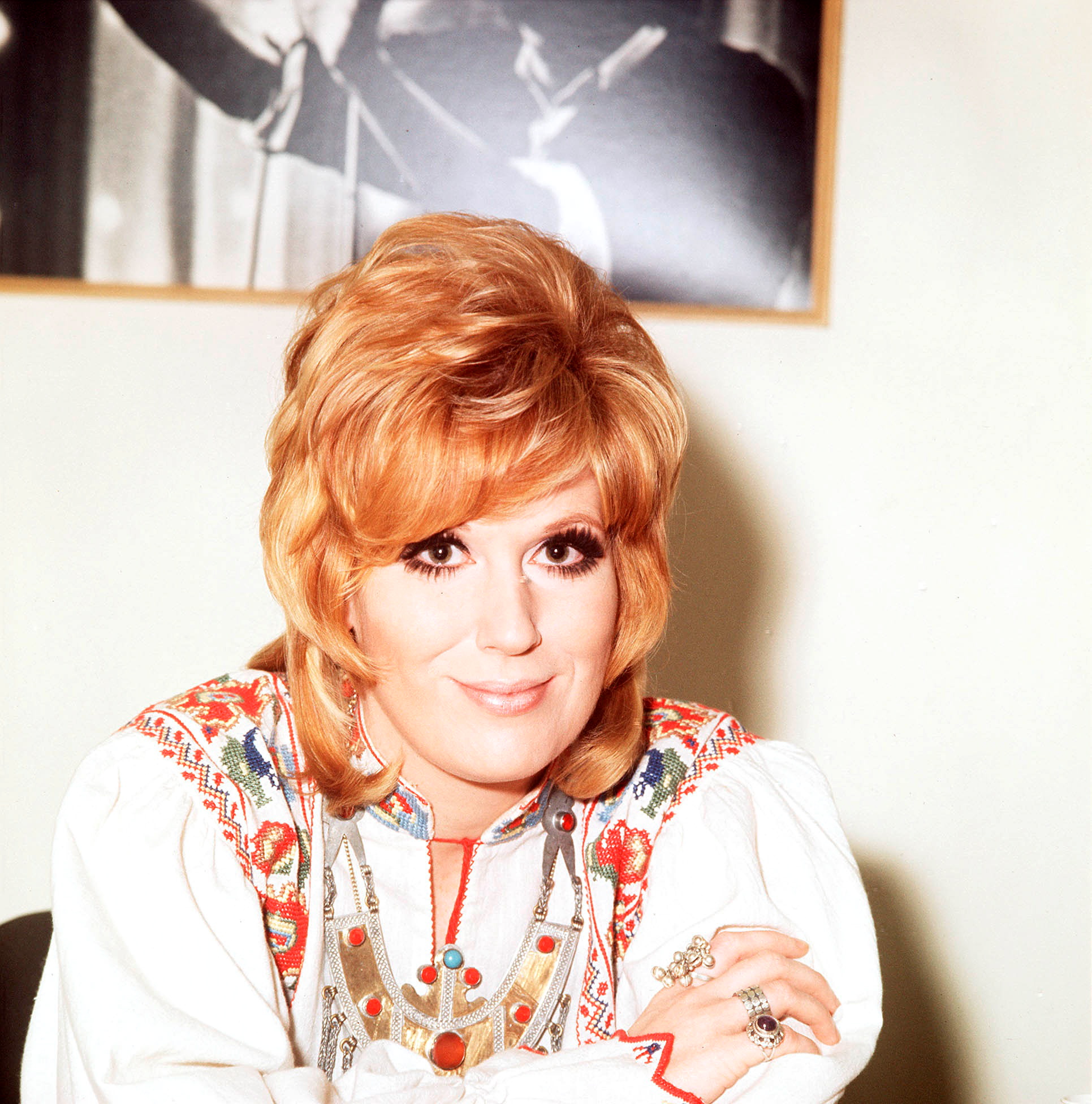 “She was so unbelievably humble and painfully shy.”

Even so, Dusty’s demons could not be kept at bay.

After meeting American actress Teda Bracci at an Alcoholics Anonymous meeting in 1982 they exchanged wedding vows in an unofficial ceremony a year later.

The couple were not good for each other.

One drunken row escalated to the point where Dusty cut her wrist with a smashed cup, then slashed at Teda’s leg with it.

Her lover struck back, knocking out two of the singer’s teeth. Both women ended up in hospital. 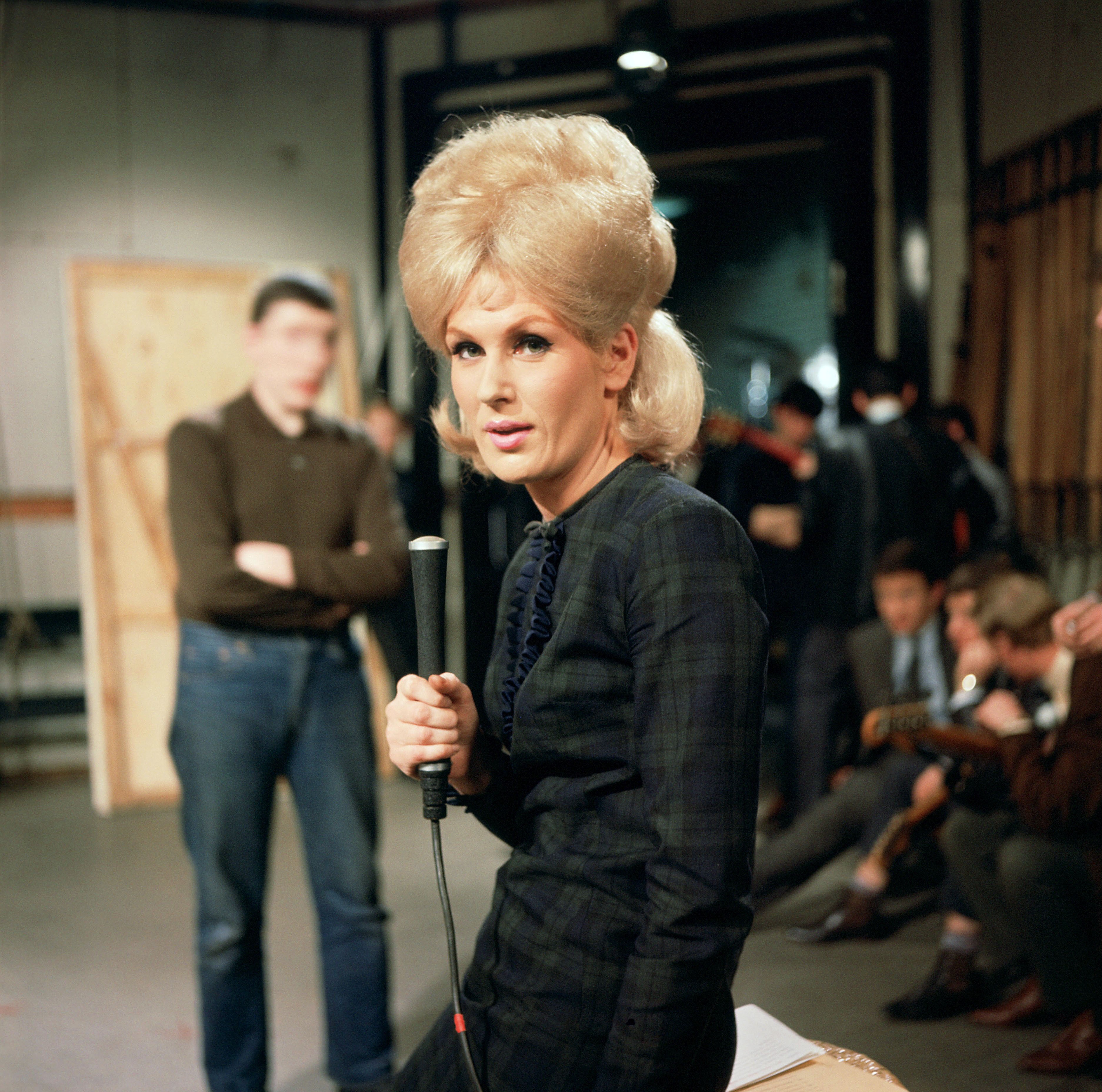 After trying to take her own life in 1985, Dusty was held in a psychiatric ward in Bellevue Hospital, New York.

By this point the once-great icon’s fortunes could not slump any further, though with the help of counsellors she was able to rebuild her life.

In 1987 Dusty fans Neil Tennant and Chris Lowe, of the Pet Shop Boys, invited her to sing on their album track What Have I Done To Deserve This?

It was later released as a single and reached No2 in the UK charts.

Dusty enjoyed a further revival when Son Of A Preacher Man featured on the soundtrack of director Quentin Tarantino’s 1994 movie Pulp Fiction.

The same year Dusty was diagnosed with breast cancer. She was given chemotherapy and the deadly disease went into remission. But two years later it returned, and she died in Henley-on-Thames, Oxon, where she had spent the last few years of her life.

Despite having been out of the limelight for many years, Dusty was a very rich woman, having sold her back catalogue for £6.5million in 1998.

In her final year she was also awarded an OBE, and two weeks after her death she was inducted into the Rock And Roll Hall Of Fame in Ohio.

More than two decades on, Dusty’s legend continues to grow, and with the new film she is sure to see an upsurge in her fan base.

Her friend Rosie concluded: “I just don’t think she felt worthy of her success, but she was.”