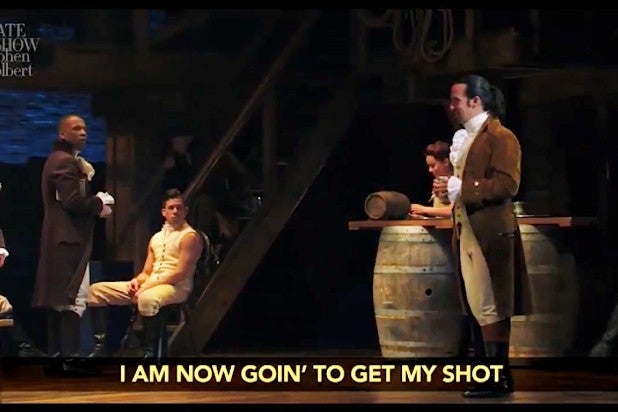 Tuesday’s “The Late Show” kicked off with a short video inspired by a recent team up between New York Mayor Bill de Blasio and multihyphenate superstar Lin Manuel-Miranda. And guess what, you definitely won’t be surprised by where it goes.

The duo officiated the opening of a new COVID vaccination center in Times Square, which is a symbolic part of the effort to get Broadway back to full strength. Naturally, the “Late Show” clip used that as a jumping off point for a “Hamilton” parody… and we bet $5 million dollars you already know which song from the smash hit Broadway musical they picked.

Don’t worry, you don’t owe us anything. We’ll just confirm that yes, obviously, the vaccine-inspired song was a parody of “My Shot.” You know, because the vaccine is delivered via a shot. And also, you don’t want to miss your shot because if you do, you won’t develop COVID antibodies.

Watch the clip below, and we’ll post the lyrics underneath it.