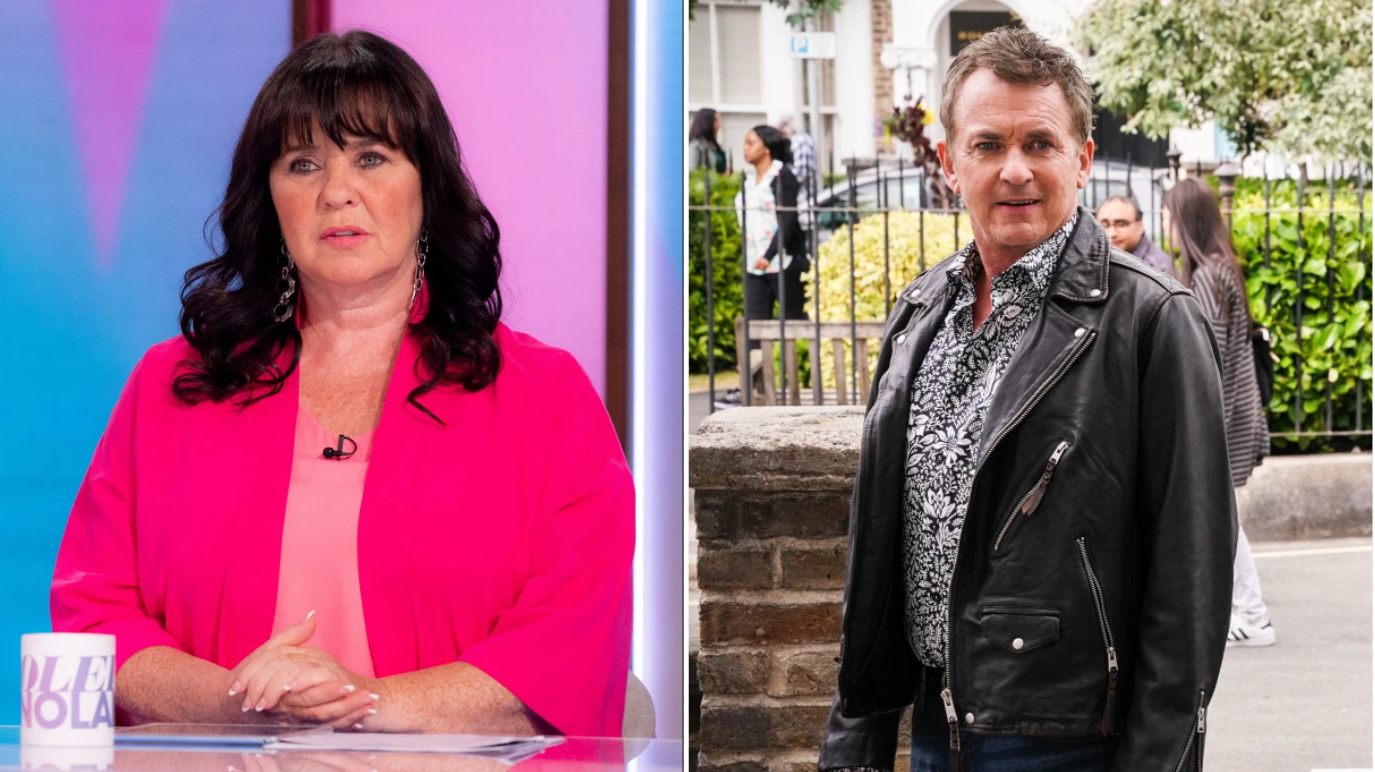 Shane Richie’s ex-partner, Coleen Nolan, has been speaking about his return to EastEnders as Alfie Moon, calling the storyline ‘ridiculous’.

Alfie made his way back to Walford last week on the day of Kat’s (Jessie Wallace) and Phil’s (Steve McFadden) wedding day.

Alfie was determined to stop the wedding and make his former partner see that marrying Phil would be a huge mistake, but she didn’t exactly feel the same way.

Thanks to Sharon’s (Letitia Dean) involvement as well, the day didn’t end with Phil and Kat tying the knot, but agreeing to reschedule their big day, allowing their exes enough time to come up with more ideas on how to win their respective partners back.

During Alfie’s returning week, he questioned just what Kat was thinking beginning a relationship with Phil, and it appears Coleen Nolan feels the same!

Speaking during yesterday’s (September 20) episode of Loose Women, panellist Katie Piper encouraged a discussion on the storyline by asking if her co-stars think Kat and Phil make a good couple, to which Coleen responded with:

‘No! No I’m sorry, it’s ridiculous. You would not pick Phil over Alfie. Kat and Alfie just go together; they’ve been together for years. Phil’s just always miserable!’.

Coleen and Shane got married in 1990 before splitting in 1997 and divorcing two years later.

They have two sons, Jake and Shane, who was recently criticised for saying he doesn’t understand why Queen’s death is all over TV.

Her Majesty died peacefully at Balmoral on Thursday, September 8. Following her death, the BBC and ITV revised their schedules to air special programming and news coverage.

On Twitter, Shane wrote: ‘I did love the queen, what a woman. I just don’t understand following the coffin around with cameras everywhere and all over TV all day.

‘Now I know I know some people will be well into it and that’s fine but can anyone tell me what time @bbceastenders is on tonight. #alfiesback.’