CORONATION Street fans are convinced that Owen Armstrong will make explosive return to fight Chesney Brown for custody over Joseph.

Owen, played by Ian Puleston-Davies from 2010 to 2015, was the father of Joseph's mum Katy (Georgia May Foote). 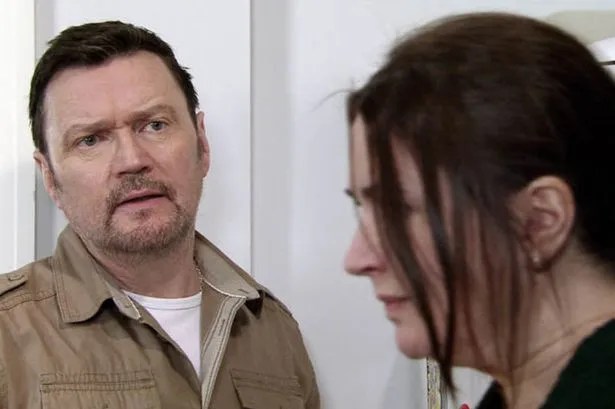 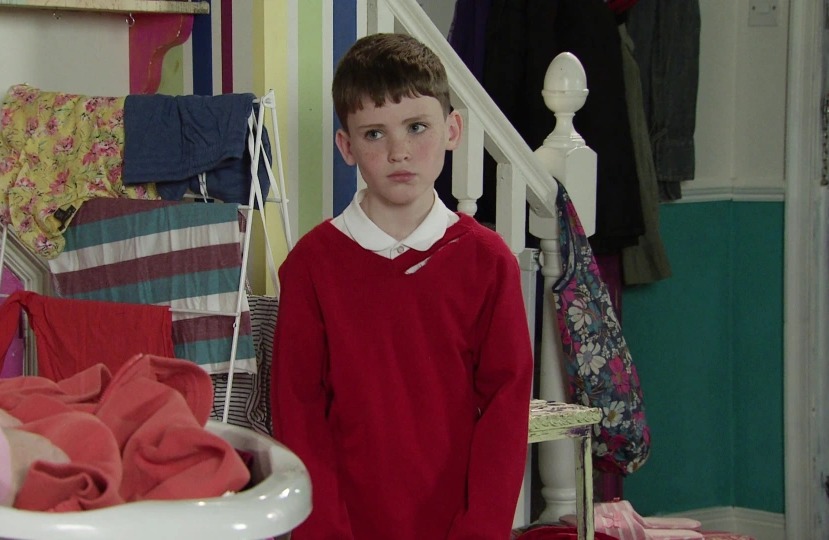 ITV viewers have predicted that the character will reprise his role as he fights for custody of his grandson, as Chesney and step-mum Gemma struggle financially.

Although their relationship has survived many obstacles, Gemma Winter (Dolly Rose Campbell) and Chesney Brown (Sam Aston) have gone through a rough couple of years since the birth of their quadruplets in 2019.

Another hardship for the schoolboy to handle, four years after the tragic death of his birth mother Katy in a car accident.

But during Monday's episode, it was clear that the couple were struggling to make ends meet.

The youngster begged his dad for £10 to pay for a school trip and was later seen picking at his old school jumper, before hearing that he might not get any lunch at school due to a mix-up.

Fans were quick to suggest that it won't be long before that character returns.

Molly-Mae Hague apologises 'to those who misunderstood' after poverty comment

One wrote: "Do you believe there is any truth in the rumour that former resident of the street Owen Armstrong will return to try and gain custody of his grandson Joseph Brown (Chesney’s Son)?"

Another posted: "I wish he would, he is an excellent actor!"

"Well Joseph goes missing so it wouldn’t be too much of a surprise if he was to come back," another fan added.

A fourth fan predicted: "He could be coming back from Portugal to spend time with Izzy. And now that Joseph goes missing will only cause Owen to believe Chez has too much on his plate with the quads."

However, other fans weren't convinced: "He won't get custody. Grandparents don't have legal rights to their grandchildren as long as one parent is alive, as far as I am aware, but this is Soapland after all, so who knows what will happen."

"Owen hasn’t been seen or heard of for years and suddenly he wants to be in Joseph’s life? It’s a bit suspicious to me," one sceptical fan wrote.

Unfortunately, Joseph (William Flanagan) becomes the target of bullies due to his family's modest earnings.

The news comes as a shock to both Gemma, played by Dolly-Rose Campbell, and Chesney (Sam Aston).

The pair are made aware of the bullying and Chesney turns to his half-sister Fiz Stape who recommends he focuses on Joseph.

Ready to put an end to the bullying, Chesney quizzes Joseph about the bullies before offering to speak to his teacher.

Joseph refuses, considering it would only make matters worse for him.

Protective dad Chesney does not give up and goes against Joseph's wishes, which kick-starts a father-son argument.

Joseph is furious to find out Chesney broke his promise and strides off.

With a guilty conscience, Chesney looks for Joseph in the backyard to apologise only to discover he is missing.

Chesney scours the streets for his son, fearing for his safety but the dread only builds up when police reveals to Gemma they have found Joseph's jumper.

Following another fruitless search, Chesney is approached by Dev who offers to set up a fundraising appeal in order to obtain any information on Joseph's whereabouts.

After a fruitless search, Chesney lets Gemma in on the troubling news, prompting her to call the police to report Joseph missing.

But who is responsible for Joseph going missing? 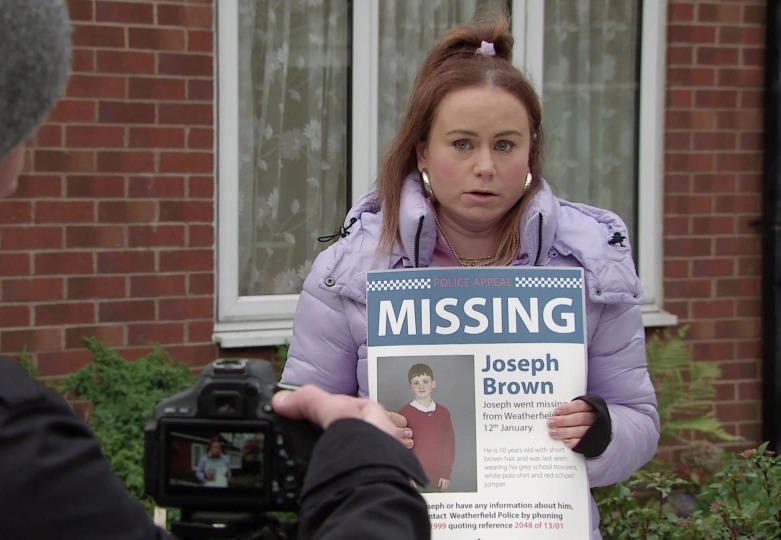