Coronation Street: Sarah cries as she sits at Adam's bedside

Coronation Street residents Sarah Platt (played by Tina O’Brien) and Gary Windass (Mikey North) have had a turbulent relationship in recent months as the former flames professed their love for each other but instead, chose to tie the knot with their current partners. But with Sarah’s estranged husband Adam (Sam Robertson) now in a critical condition after being brutally assaulted, it’s looking more likely it could be the factory manager herself who is the guilty party after she made a very dangerous move on the ITV soap this evening.

Adam was attacked by an unknown culprit after his fling with Carla Connor (Alison King) was exposed earlier this month.

The guilty party is yet to be found out by viewers as theories continue to swirl over who attacked Adam.

Peter Barlow (Chris Gascoyne) was questioned earlier this week but has insisted he was nowhere near the scene of the crime.

This evening, his son Simon (Alex Bain) seemed to also prove his innocence by binning the paint he had used for graffiti which placed him elsewhere. 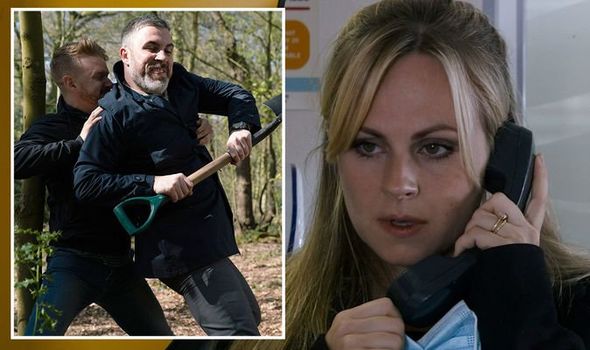 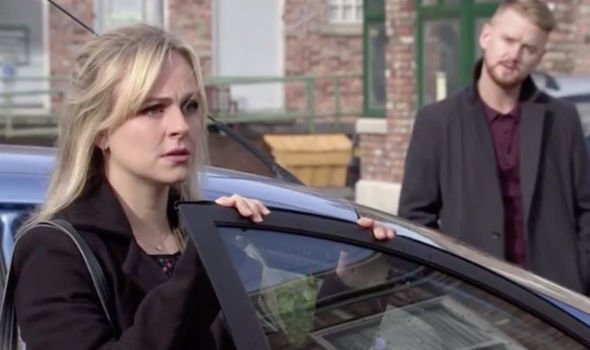 But now, it seems as though it may have been his scorned wife Sarah who carried out the attack after she came across particularly suspicious this evening.

Sat by Adam’s bedside, she was left tearful as his condition remained serious but not everyone was convinced by her display of emotion.

Adam’s uncle Daniel (Rob Mallard) appeared to doubt Sarah as she broke down and tried to shift the blame towards Gary for the attack.

Fans know both Gary and Sarah are hiding something but weren’t expecting her to make the betrayal she did at the end of Wednesday’s double-bill. 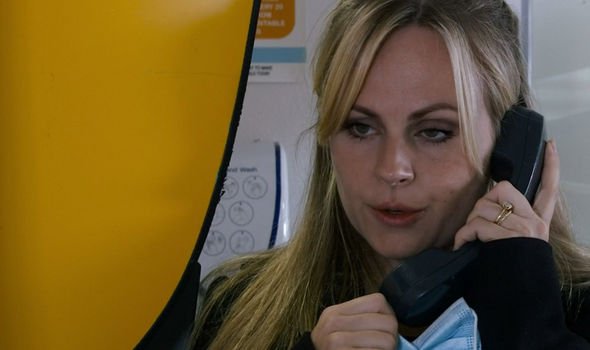 Coronation Street: Daniel tells Sarah that Adam has been attacked

Sarah phoned the police, telling them of Rick’s (Greg Wood) disappearance: “I’ve got some information I’d like to give.

“I know where a body is buried and I know who put it there.”

Fans were shocked by the sudden change of heart from Sarah who seemingly agreed to keep the discovery a secret and accused her of “playing with fire.”

Is it possible Sarah has decided to make the move now to make Gary look like the guilty party?

Taking to Twitter to give their own theories, one shared: “Wonder if Sarah is dropping Gary in on it to cover her tracks.”

Another probed: “Where was Sarah really on the night of Adam’s attack? She can’t actually admit to seeing Gary on the street without landing herself in it too given she also claimed to be home all night #Corrie.”

A third pointed out: “There’s no actual evidence against Gary anymore though is there? Not still, Sarah got rid of the watch? #Corrie.”

“Sarah is going to report Gary to the police over Rick’s body. She is playing with some very dangerous fire #Corrie,” wrote a fourth.

A fifth said: “Defo was Sarah who did it #Corrie,” with another agreeing: “I think Sarah did it #coronationstreet.” (sic)

Some fans believe Gary and Sarah may have had a one-night stand, or been with each other on the night of the attack.

Gary’s wife Maria (Samia Longchambon) gave her husband an alibi despite clearly not knowing where he had been on the evening in question.

Could Gary and Sarah have been in on the attack together, or was one of them acting alone?

Coronation Street airs Mondays, Wednesdays and Fridays at 7:30pm and 8:30pm on ITV.