Coronation Street resident Eileen Grimshaw (played by Sue Cleaver) has lived and worked in Weatherfield for the past 19 years, but it seems this year could be her last.

For the past few months, Eileen has been living and dating newcomer Jan Lozinski (Piotr Baumann) and initially, the taxi operator thought her luck had changed.

But, viewers have seen the stalwart become suspicious of the builder’s behaviour, and after some initial digging into his background, finds out he is a supposedly reformed drug dealer.

Putting this to one side, Eileen accepts his past, but following a conversation with friend Liz McDonald (Beverly Callard) she cannot shake a worrying feeling she has deep down.

According to a unnamed source, Eileen is going to end up in grave danger when she uncovers the dark truth about Jan.

“She goes blundering into one of the nails bars convinced it’s a front for drugs,” they explained to The Sun.

But in fact, she is faced with a gang of threatening men, who realise her presence means their entire operation could blow up, instead “they decide to take drastic action to keep their sex trafficking ring a secret”.

Forced into a confined space, Eileen is “terrified” but it isn’t until she realises what the other woman are being used for that she is “rocked to the core”.

Screaming for her life, Eileen is shaken when she finds out the girls are being forced to work as sex slaves.

While Corrie fans know she has survived her killer husband Pat Phelan (Conor McIntyre) last year, “Jan is a different beast altogether, so Eileen could be leaving the cobbles in a box”. 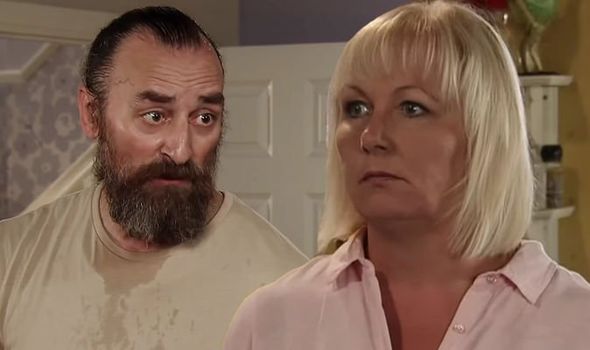 It is not known whether or not Alina Pop (Ruxandra Porojnicu) is one of the women with Eileen being held captive in the nail bar basement, but there is a chance she will confide in Eileen about the circumstances in which she has been kept in.

Alongside this, no one knows whether or not Jan will find out about Eileen barging into his establishment.

But Eileen isn’t the only one whose life is in danger as Ryan Connor (Ryan Prescott) could also end up dead.

It comes after pictures from filming have emerged showing the barman battered and bloody after a run in with Gary Windass (Mikey North).

Following his involvement in the Underworld factory roof collapse, Gary has been making enemies left, right and centre. 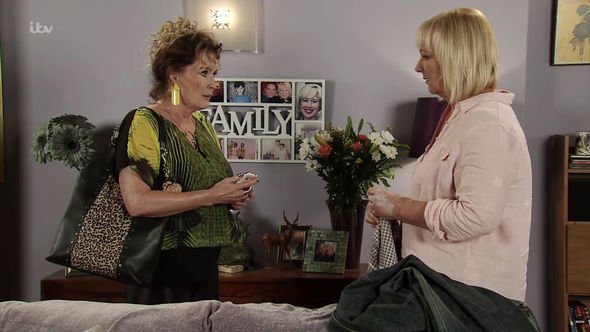 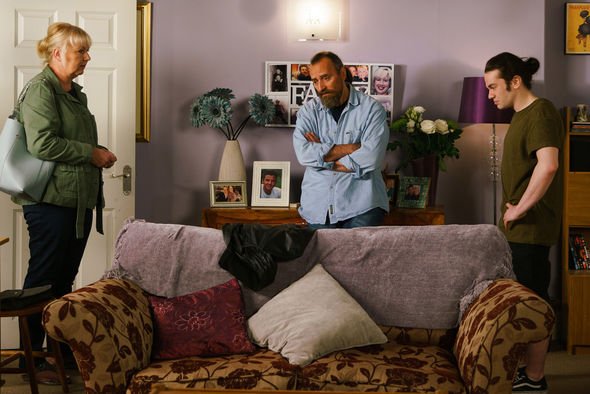 Now it seems Ryan will get himself mixed up in the builders troubles and be targeted.

Why he gets beaten up is still unknown, but it can be suggested Ryan finds something out about the factory roof collapse which would send Gary behind bars.

With his world already falling apart, will Gary bury his third victim?